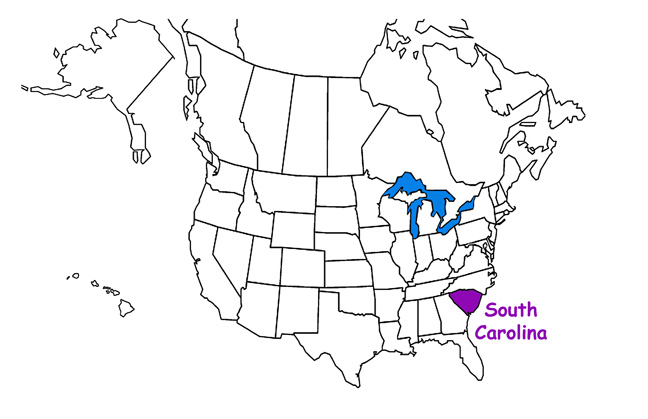 Forests
South Carolina has more than 13-million acres of forestland. This is 68% of the state’s total land area. Of that forest, more than half (54%) are hardwood trees.

Along the southern coast is the Coastal Plain that is divided into Outer and Inner Coastal Plains. From north to south it has three distinct regions: the Grand Strand, Santee River Delta, and the Sea Islands. The coastline has many habitats including bays, estuaries, and salt marshes. Inland are the Middle Atlantic coastal forests. These temperate coniferous forests are made up of mixed pine-oak forests - dominated by with long leaf pine, but also home to loblolly and shortleaf pines. Some of the hardwoods that are intermixed in the forest are turkey oak, myrtle oak, Spanish oak, live oak and southern catalpa. Saw palmetto, southern bayberry, sweetly, common persimmon, Carolina holly and Spanish moss are also common. Many wetland habitats thrive in the Middle Atlantic coastal forests like freshwater marshes, bogs, swamps, and wet hammocks. Cypress swamps and cedar swamps have trees and plants adapted to "wet feet" - like water oak, willow oak, swamp chestnut oak, pawpaw and swamp tupelo. Another wet habitat found here are the pocosins which are flat, wet, shrubby areas.

Inland, the Sandhill region shows dunes from millions of years ago where the coast was once located.

The Atlantic Seaboard Fall Line is a long cliff (900-miles long) that runs parallel to the coastline and marks where the Piedmont and Coastal Plain region come together.

The Piedmont (or foothills) is a plateau of rolling hills and thin, rocky, clay soils that stand between the Coastal Plain and the Blue Ridge Mountains. The Fall Line marks its eastern boundary with the Coastal Plain. The temperate forests here are southeastern mixed forests of oak-hickory. Other trees include hophornbeam, sassafras, hawthorn, and flowering dogwood as well as some sugar maple, shirtless pine and loblolly pine. There is also blueberry, huckleberry, and mountain laurel.

The Blue Ridge Mountains is just a tiny area in the northeast corner of the state and represents a the most eastern range of the Appalachian Mountains. 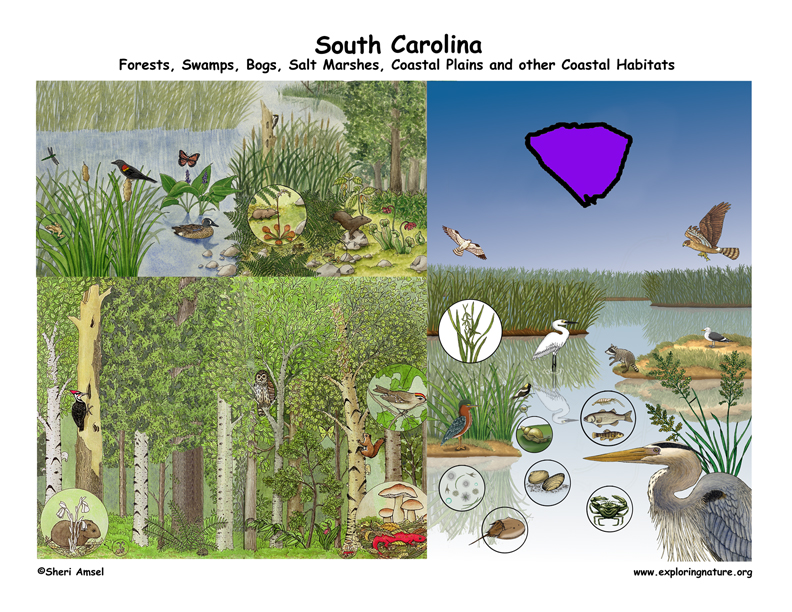 For more about SC mammals (including Latin names), click on individual animal links or for another (off-site) resource: South Carolina's mammals. 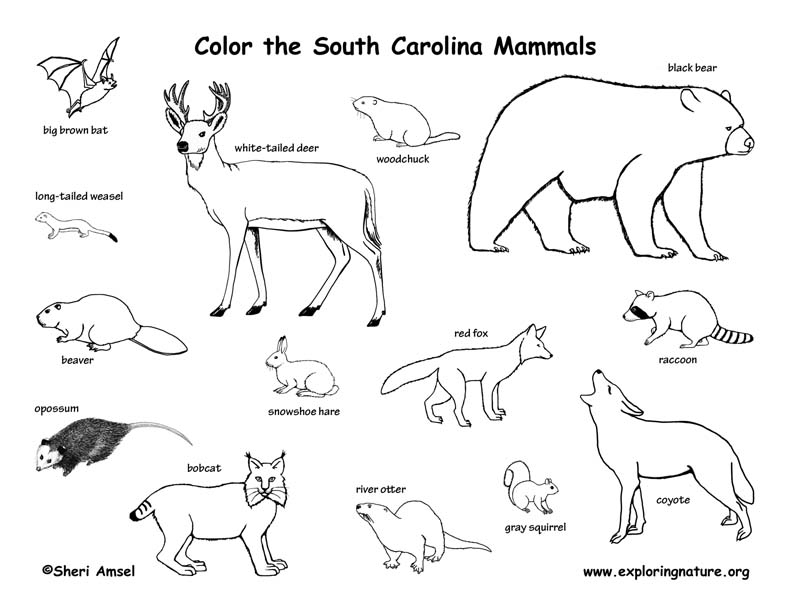 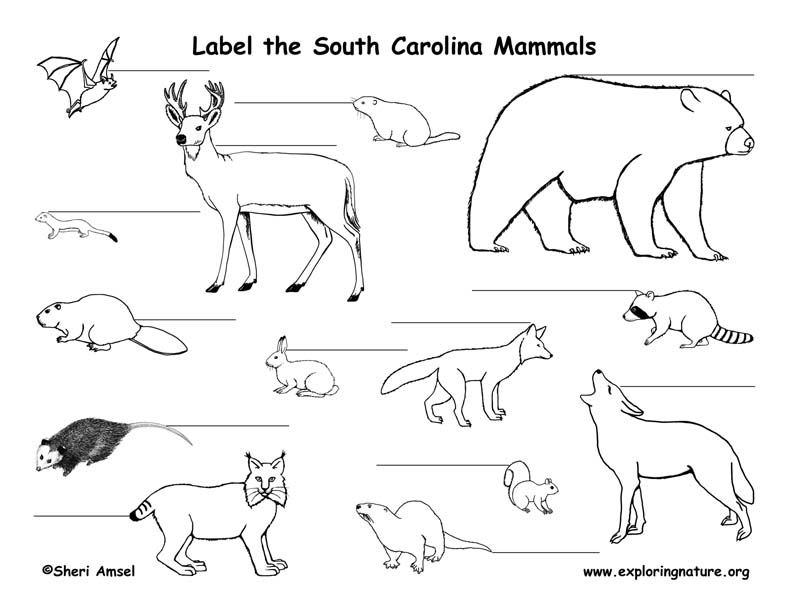 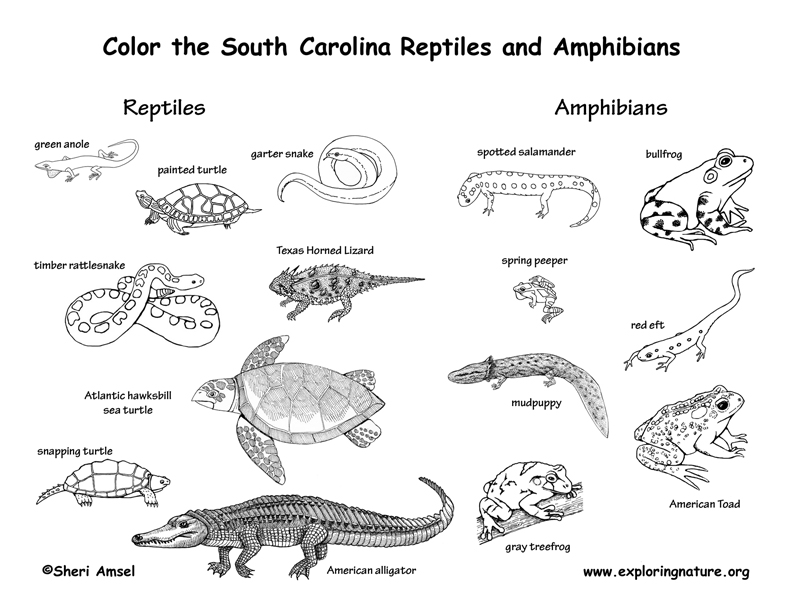 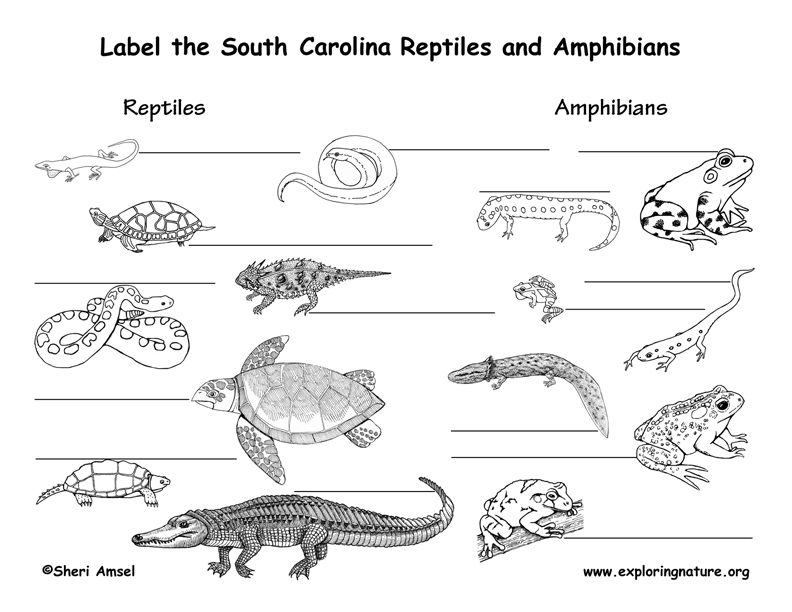 For more about South Carolina's birds, (including Latin names) click on individual animal links or for another (off-site) resource: birds. 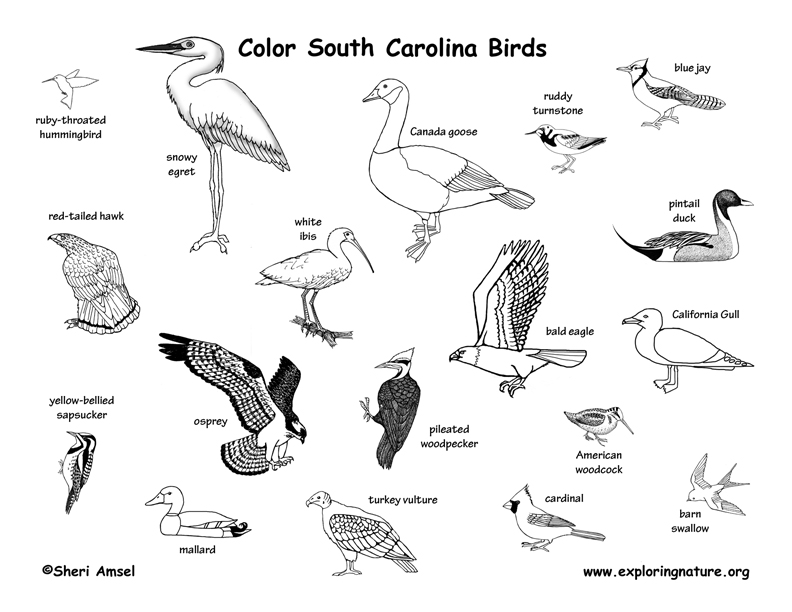 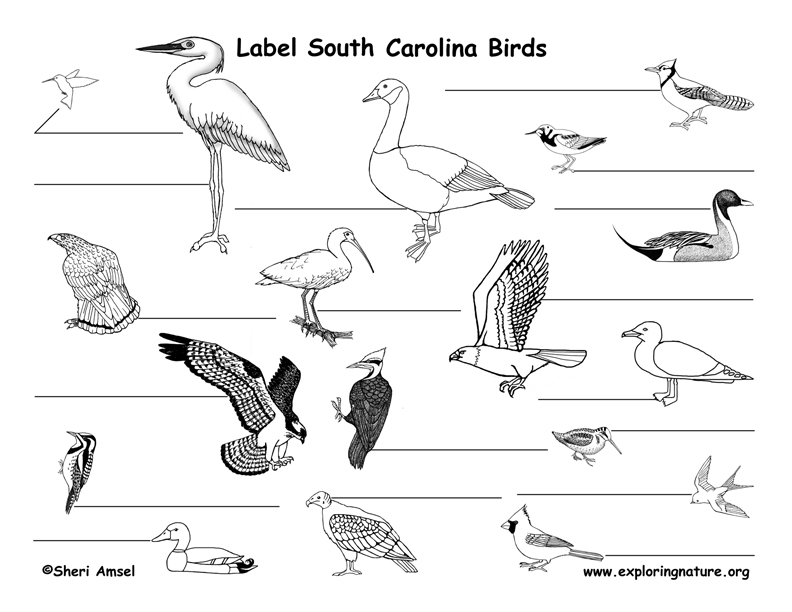 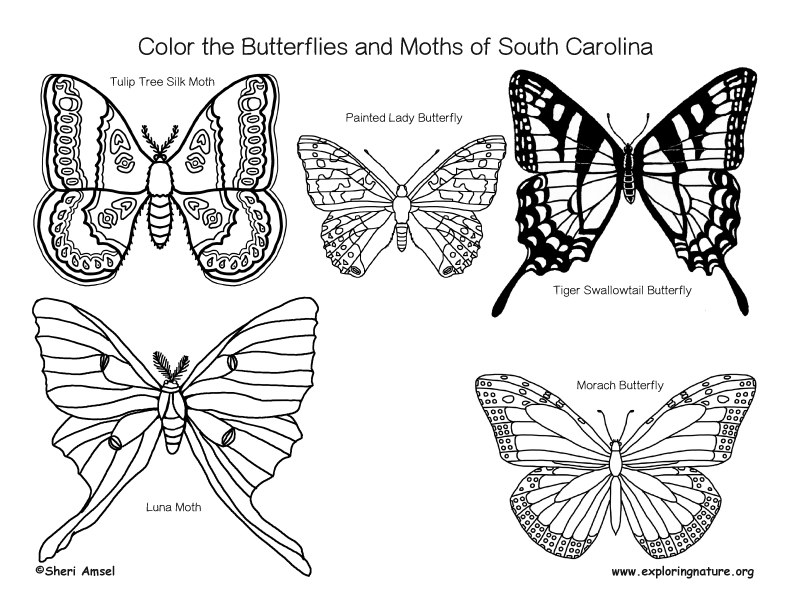 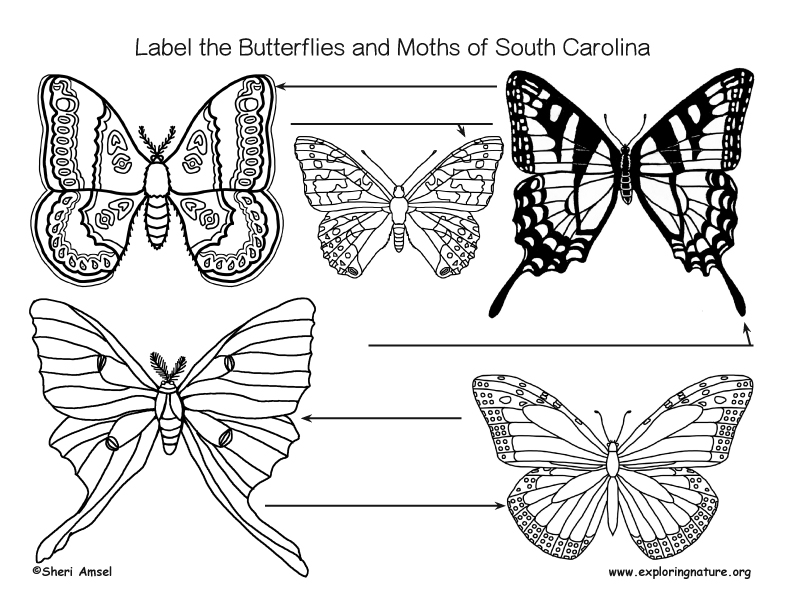 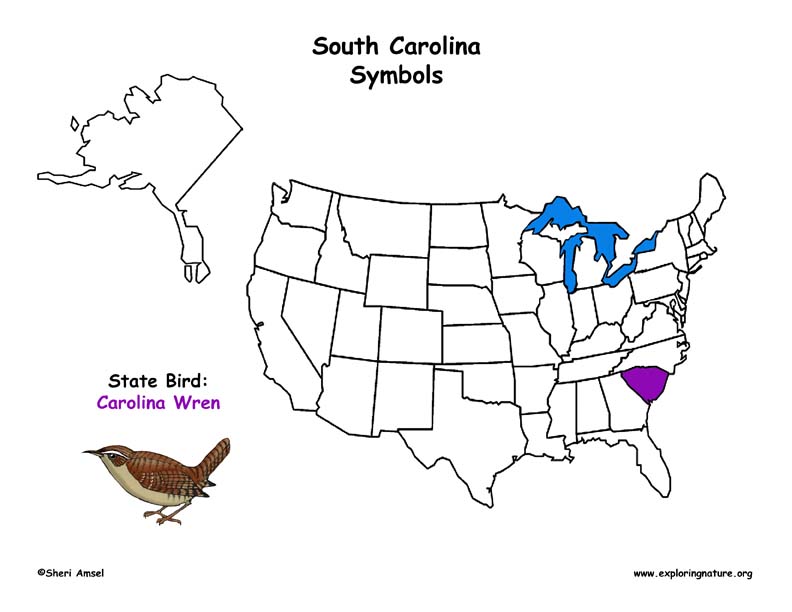 ©2005-2023 Sheri Amsel. All rights reserved.
The material on this site may not be reproduced, distributed, transmitted, cached or otherwise used for anything other than free educational use. It is not to be used for sale or profit of any kind. If you are unsure whether your use of site materials violates the exploringnature.org copyright, contact Sheri Amsel for prior written permission at sheri@exploringnature.org. Thank you for respecting copyright laws.
Site Developed by Eli Madden
Page ID: 806
IP: 35.173.35.14