The Yukon Territory makes up the northwestern corner of Canada. It is bordered in the east by the Northwest Territories, marked by the continental divide. The southern border is with British Columbia and the western border is with the American state – Alaska. The capital is Whitehorse, where most of the people of the Yukon live.

It is the smallest territory of the three in Canada, but contains the highest point in the continent – Mount Logan at 19,551 feet (5,959 meters). The Yukon River runs down through the Yukon into Alaska and is fed by many large glacial lakes. It is the 5th longest river in North America.

The Yukon is a mountainous territory with 115 million acres (465,000 square km) of boreal forest. The territory has a herd of more than 100,00 barren ground caribou and is breeding ground for  more than 150 species of birds. As many as 240 million birds breed there each year.

Scientists break down the Yukon into "Ecozones."

The Southern Arctic Ecozone starts in the coastal foothills of the Richardson Mountains in the Yukon and spreads across northern Canada to Ungava Bay in Northern Quebec. The Yukon has only a sliver of the Southern Arctic Ecozone on its northern coast of the Arctic Ocean. Here the winters are long, dark and frigid (-18° F/-28°C) and summers are short and cool (42° F/6°C) with long daylight hours. Only hardy plants survive here, like stunted trees, shrubs, lichens and mosses. Wetlands along the coast provide breeding and nesting grounds for waterfowl and barren ground caribou (from the Porcupine herd) have their calves on the open tundra. Other hardy wildlife also make a living here, like: polar bear, muskox, and arctic fox.

The Taiga Cordillera Ecozone is the subarctic region along the northern Rocky Mountains. It covers most of the northern half of the Yukon and down its eastern border. This ecozone hosts some of Canada's most spectacular scenery - wild rivers, stunning waterfalls, and deep canyons. In the north the landscape is covered in tundra – low shrubs, lichens and mosses. As you travel south, it turns to boreal forest with alpine tundra topping the mountains. This varied landscape supports Dall sheep, caribou, mountain goat, moose, black and grizzly bear, wolf, Canada lynx, wolverine, pika, and marmot. Where the mountains give way to open valley floor in the Yukon (Old Crow Flats), a vast wetland supports tens of thousands of waterfowl (geese and swans) and other birds. The Arctic Mountain Ranges that span this ecozone are known for being one of the largest expanses of "unglaciated" mountains. 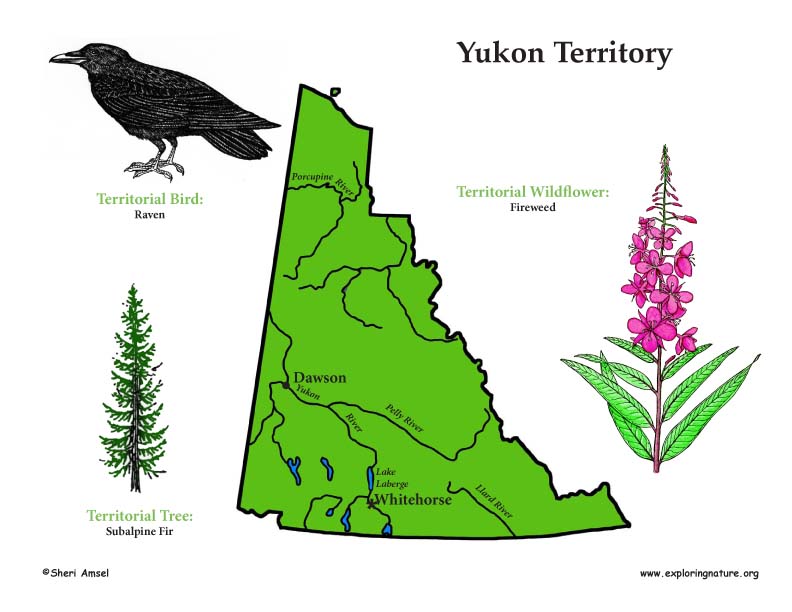 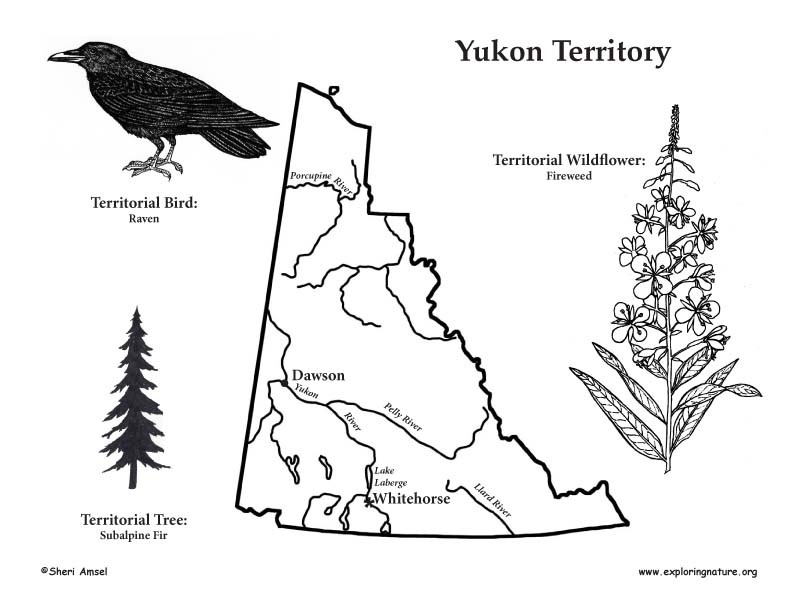 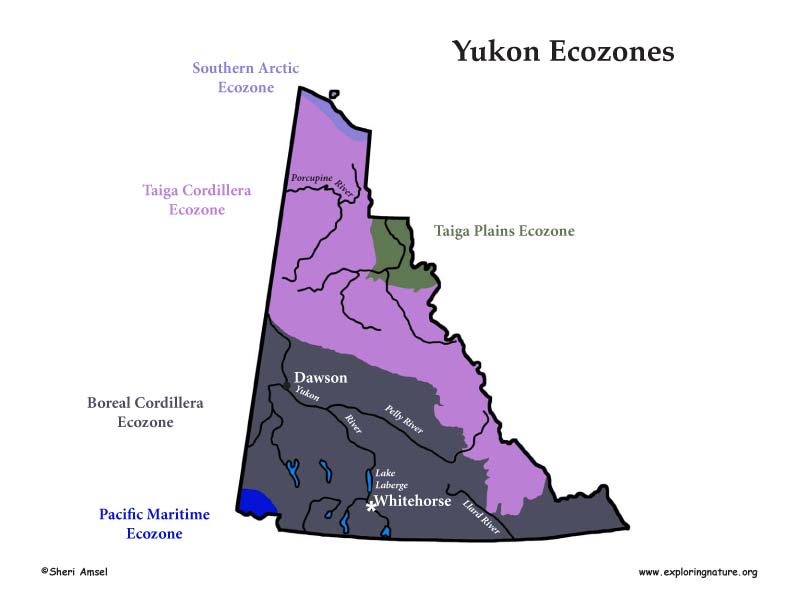 For more details about the Yukon Territory's mammals: LINK 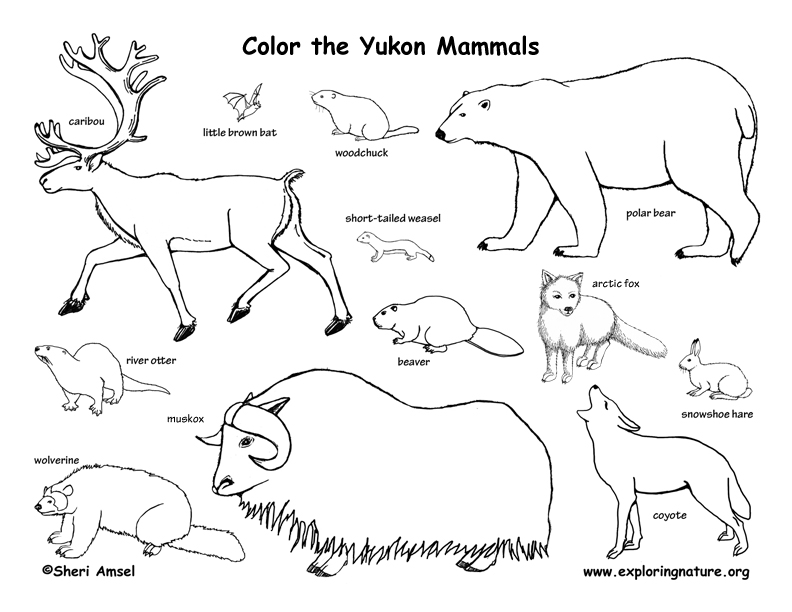 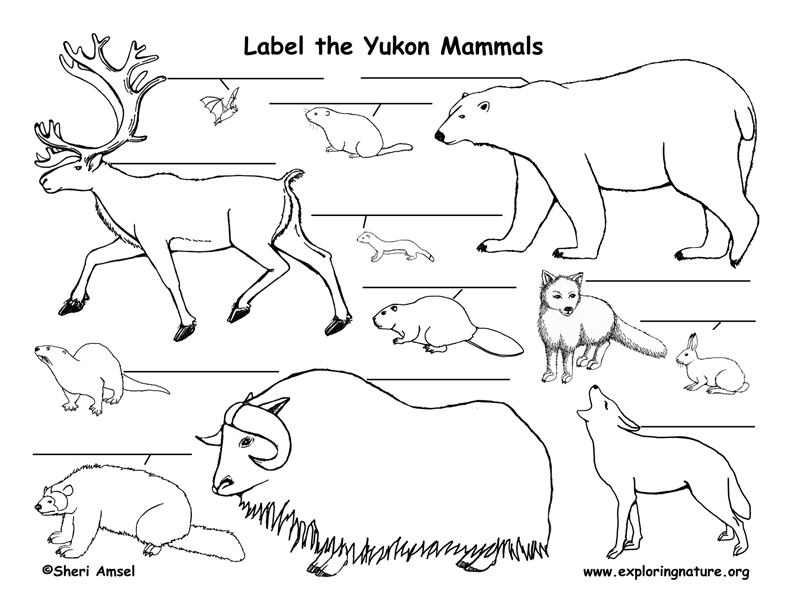 For more details about the Yukon Territory's birds: LINK 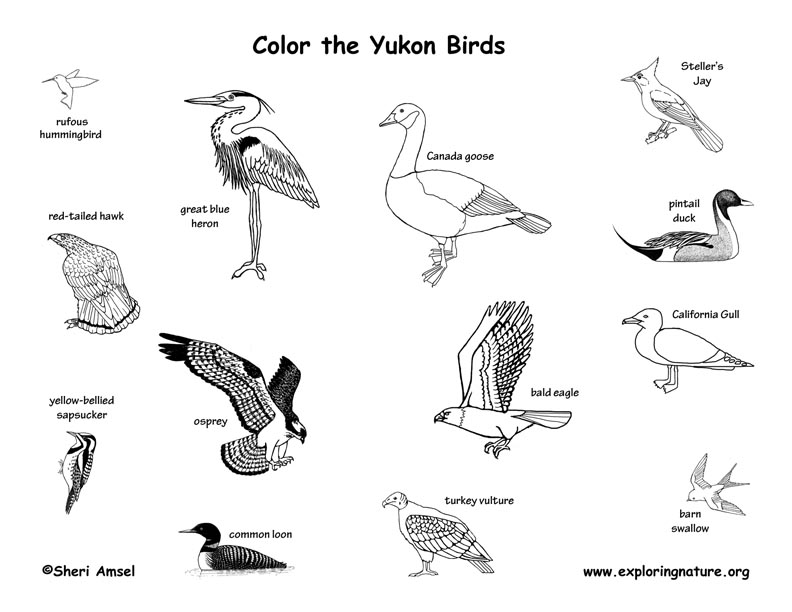 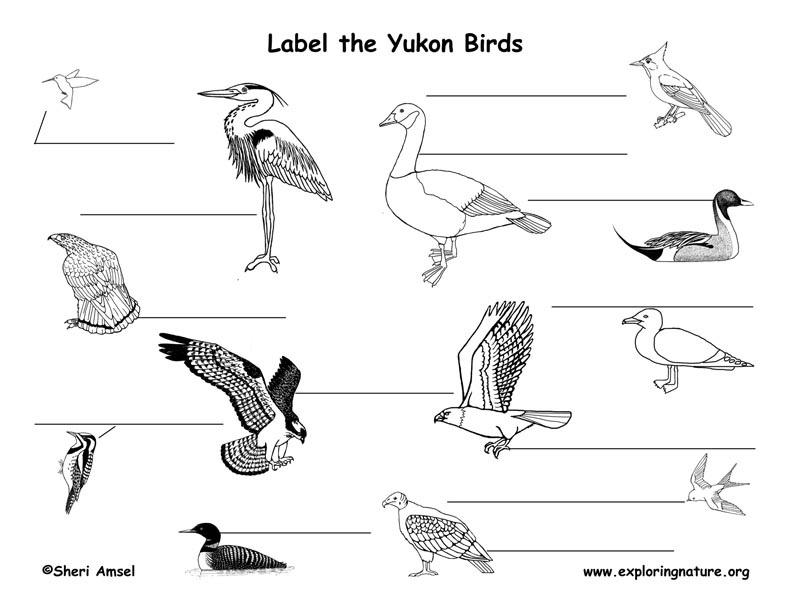 For more details about the Yukon Territory's amphibians: LINK 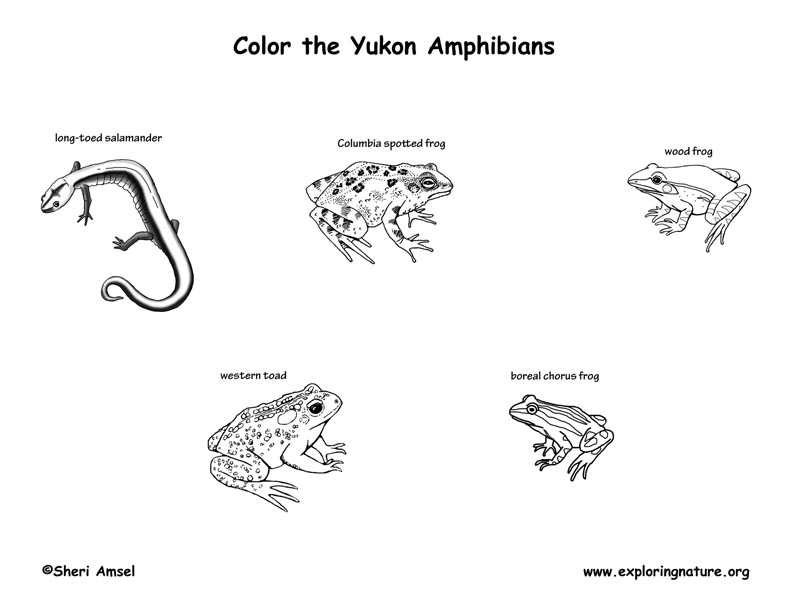 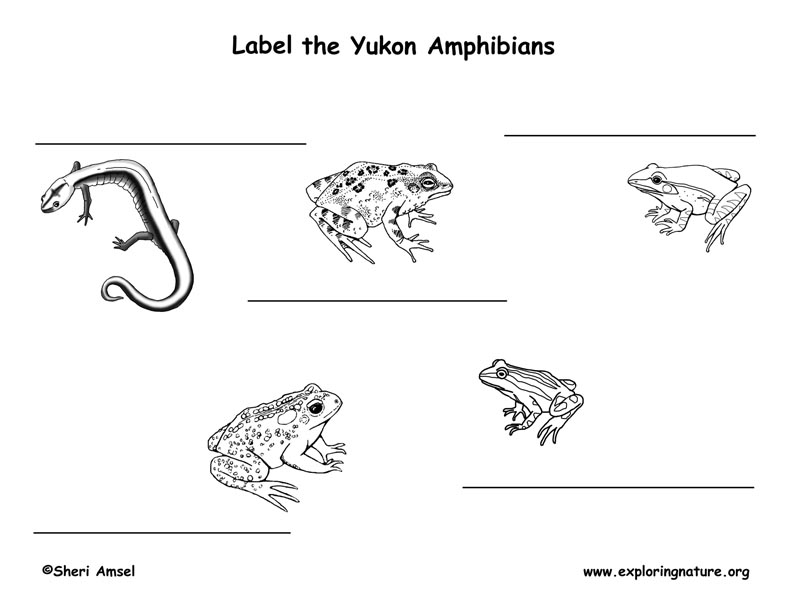 ©2005-2022 Sheri Amsel. All rights reserved.
The material on this site may not be reproduced, distributed, transmitted, cached or otherwise used for anything other than free educational use. It is not to be used for sale or profit of any kind. If you are unsure whether your use of site materials violates the exploringnature.org copyright, contact Sheri Amsel for prior written permission at sheri@exploringnature.org. Thank you for respecting copyright laws.
Site Developed by Eli Madden
Page ID: 1771
IP: 44.200.175.255