Nunavut is the largest, furthest north Territory in Canada and the whole of North America. A new independent country since 1999, Nunavut covers 464 million acres (725,018 square miles or 1,877,787 square km). It shares a border with the Northwest Territory and Manitoba, touches the corner of Saskatchewan and shares the Killiniq Island with Newfoundland and Labrador. It is surrounded by the Arctic Ocean to the north, Baffin Bay and Strait to the East and Hudson Bay and Hudson Strait to the south.
Nunavut has 26 million acres (107,000 square km) of boreal forest where more than a million barren ground caribou make their home.
The Territory capital is Iqaluit on Baffin Island. The tallest point is Barbeau Peak at 8,583 feet (2,616 meters).

Scientists break down Nunavut's natural communities into "Ecozones."
The Southern Arctic Ecozone spreads across northern Canada and makes up most of the northern mainland of Nunavut. Here the winters are long, dark and frigid (-18° F/-28°C) and summers are short and cool (42° F/6°C) with long daylight hours. Due to the extensive permafrost, only hardy plants survive here, like stunted trees, shrubs, lichens and mosses. Wetlands along the coast provide breeding and nesting grounds for waterfowl and barren ground caribou (from the Porcupine herd) have their calves on the open tundra. Other hardy wildlife also make a living here, like: polar bear, muskox, and arctic fox.

The Western Taiga Shield Ecozone is a region of boreal forest making up the southern mainland Nunavut. This flat, wet, coniferous forest region has long, cold winters and is the transition zone between the boreal forest and the Arctic. It is dotted with millions of lakes left by the retreat of the glaciers and bogs, making it a popular breeding ground for waterfowl. The forest includes: black and white spruce, jack pine, green alder, paper, white and dwarf birch, tamarack, balsam fir, quaking aspen, and balsam poplar. The region supports animals that can tolerate subarctic conditions, including black and grizzly bears, wolf, lynx, moose, barren-ground and woodland caribou, coyote, weasel, wolverine, river otter, red and arctic fox, muskrat, marten, mink, beaver, vole, red squirrel, and snowshoe hare. Humans mine ore and explore for oil in this region.

The Northern Arctic Ecozone makes up the bulk of Nunavut. This ecozone is the coldest, driest region of Canada – often called an arctic desert. The permafrost only thaws on the surface during the short summer. This ecozone is a treeless plain with some stunted trees and shrubs, sedges, moss, and low-lying plants. Animals must be well-adapted for survival in these extreme conditions. Some include mammals like: polar bear, wolverine, musk ox, arctic wolf, arctic fox, weasel, arctic hare, snowshoe hare, and barren-ground caribou. There are also birds like the snowy owl, gyrfalcon, snow goose, and king eider. No reptiles or amphibians live in this region.
All along the eastern coast Nunavut is the Arctic Cordilla Ecozone. This is a region of jutting rocks, mountain chains, polar ice fields and glaciers along the coast of deep fiords. It is a beautiful region with an extreme climate. The few hardy plants and lichens are the only food source for the region's two herbivores - the musk ox and barren-ground caribou. Other mammals include polar bear, arctic wolf, arctic fox, arctic hare, weasels and lemmings. 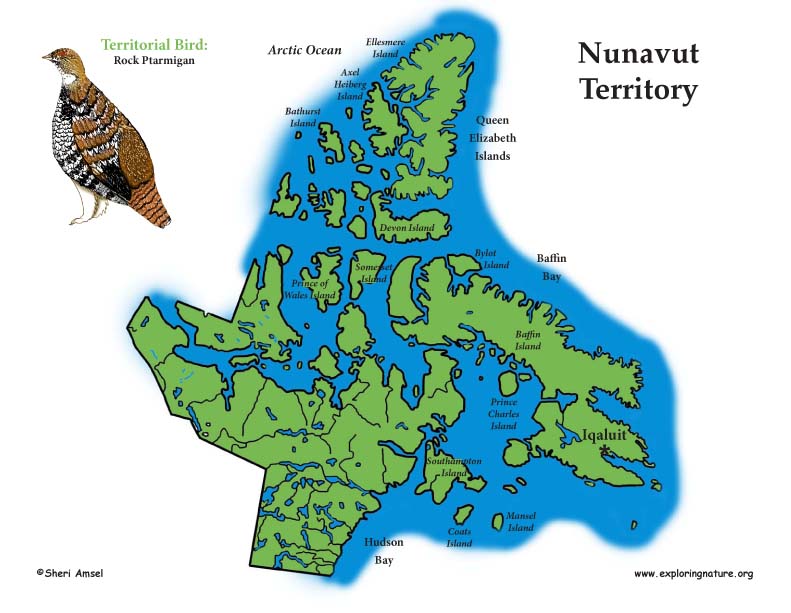 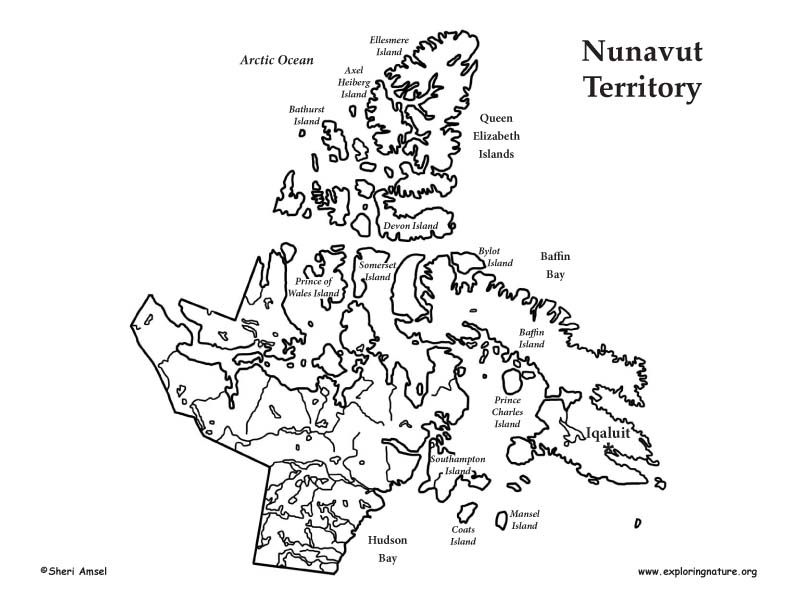 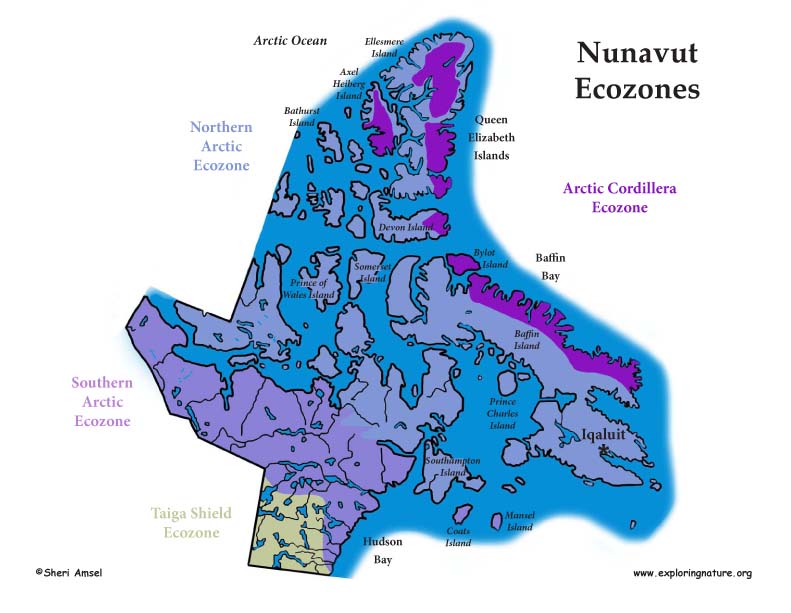 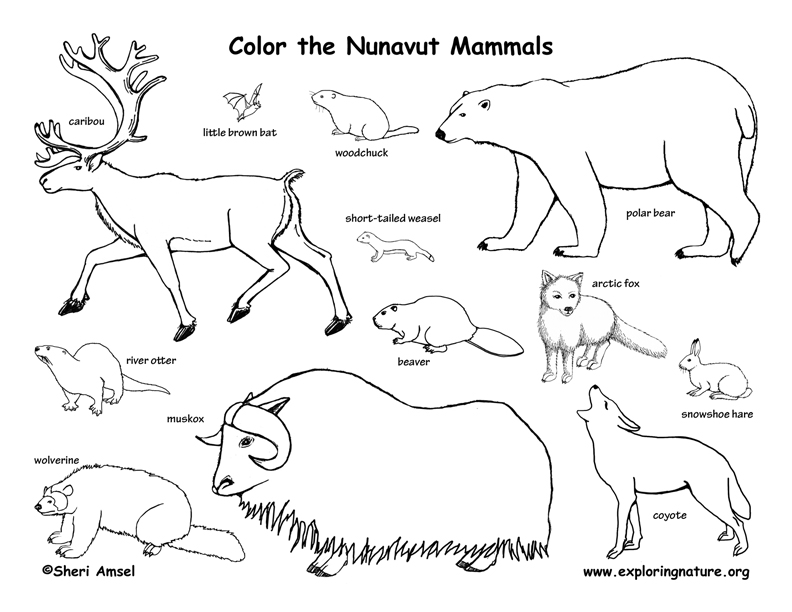 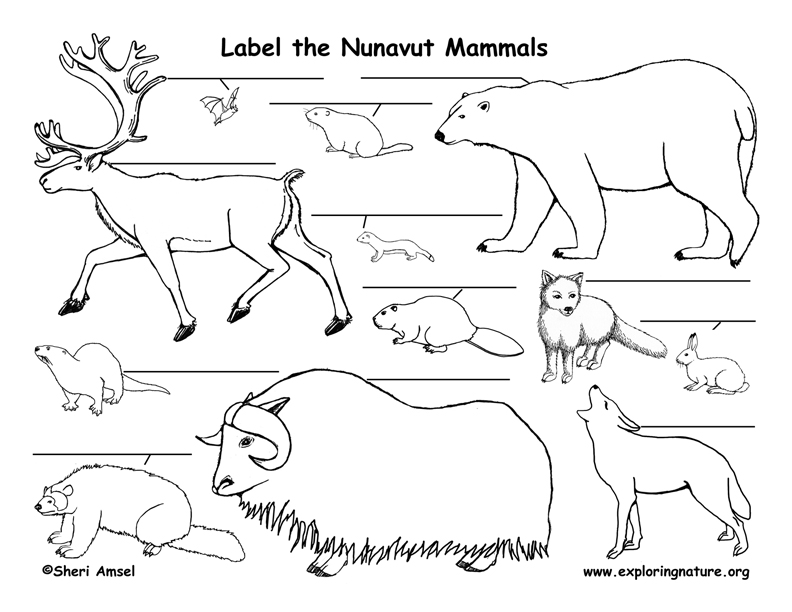 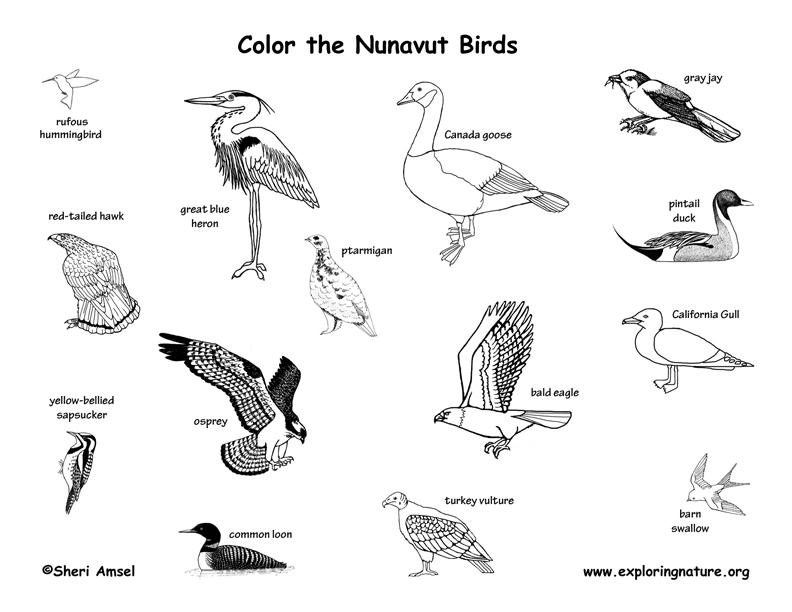 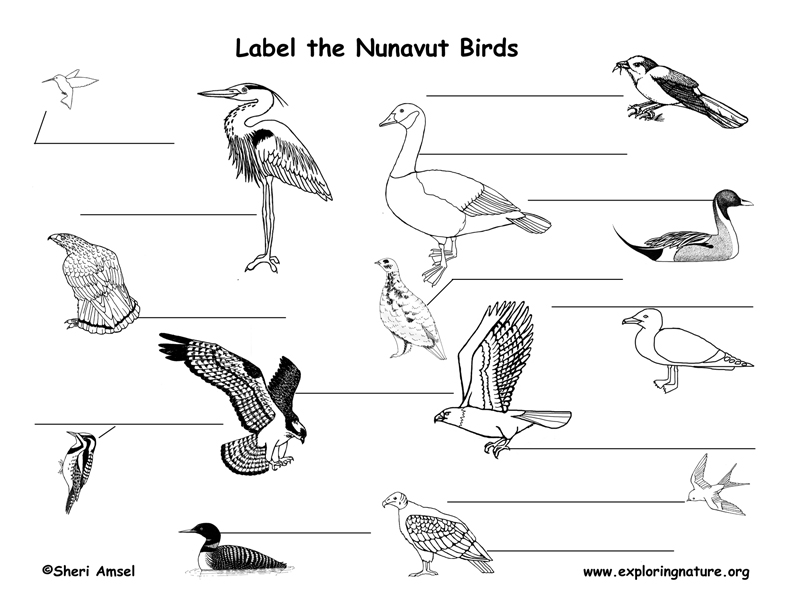 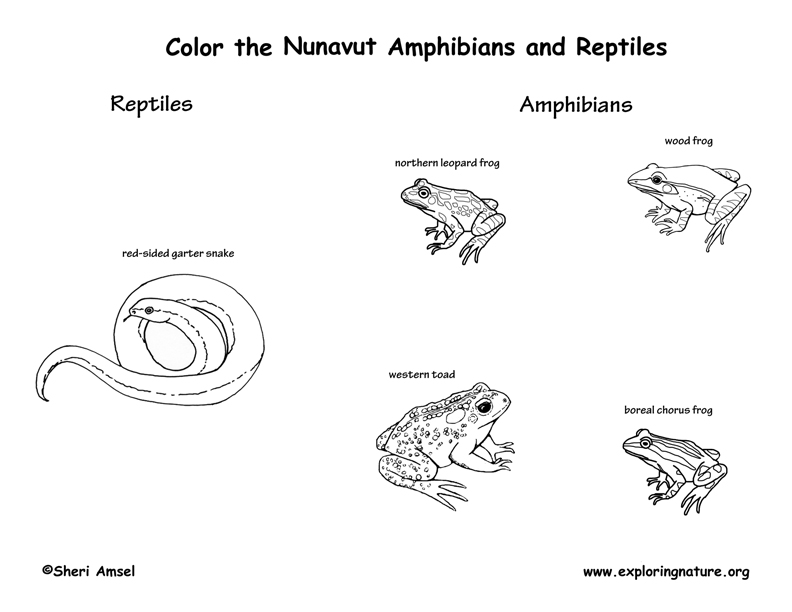 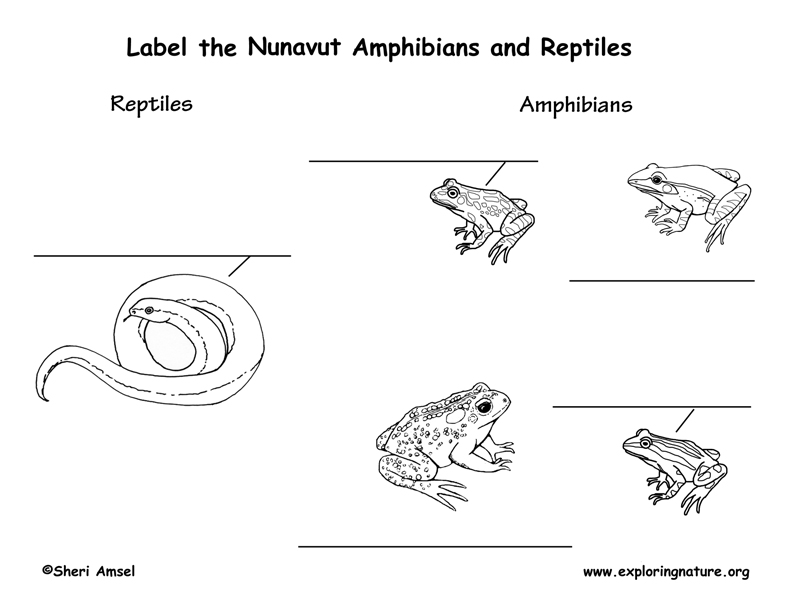 High-resolution, printable science activities that promote critical thinking and assess the student's understanding of each topic. Use them as a pre-assessment before the lesson or as a comprehension quiz after the lesson. 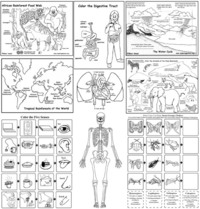 ©2005-2022 Sheri Amsel. All rights reserved.
The material on this site may not be reproduced, distributed, transmitted, cached or otherwise used for anything other than free educational use. It is not to be used for sale or profit of any kind. If you are unsure whether your use of site materials violates the exploringnature.org copyright, contact Sheri Amsel for prior written permission at sheri@exploringnature.org. Thank you for respecting copyright laws.
Site Developed by Eli Madden
Page ID: 1765
IP: 44.192.52.167