Alberta is the province in western Canada between British Columbia and Saskatchewan. It covers 163,520,000 acres (255,500 square miles or 661,848 square km). Though much of Alberta is flat boreal forests and plains, the spine of the Rocky Mountains creates its southwestern border so provides its tallest point – Mount Columbia at 12,293 feet (3,747 meters). Alberta is rich with a diversity of habitats. It has a vast boreal forest, a spine of the Rocky Mountains and open plains. It has millions of lakes, rivers and wetlands. It has Dinosaur Provincial Park in the badlands, Wood Buffalo National Park on the plains, and Banff National Park in the Rockies.
Alberta has 115 million acres (465,000 square km) of boreal forest where more than 2,000 boreal woodland caribou make their home. It is the breeding ground for  more than 200 species of birds. As many as 240 million birds breed there each year.

The southeastern Alberta is made up of Prairie Ecozone. This cold, flat region has been developed into agricultural and oil-producing land. This is considered the "Breadbasket of Canada" and as much as 94% is used for agriculture and grazing pasture. Little of the natural habitat is left in the region and it is considered the most endangered natural habitat in Canada today.

A small area in the northeastern corner of Alberta is Western Taiga Shield Ecozone – a region of boreal forest. This flat, wet, coniferous forest region has long, cold winters and is the transition zone between the boreal forest and the Arctic. It is dotted with millions of lakes left by the retreat of the glaciers making it a popular breeding ground for waterfowl. The forest includes: black and white spruce, jack pine, green alder, paper, white and dwarf birch, tamarack, balsam fir, quaking aspen, and balsam poplar.  The region supports black and grizzly bear, wolf, lynx, moose, barren-ground and woodland caribou, coyote, weasel, wolverine, river otter, red and arctic fox, muskrat, marten, mink, beaver, voles, red squirrels, and snowshoe hare. 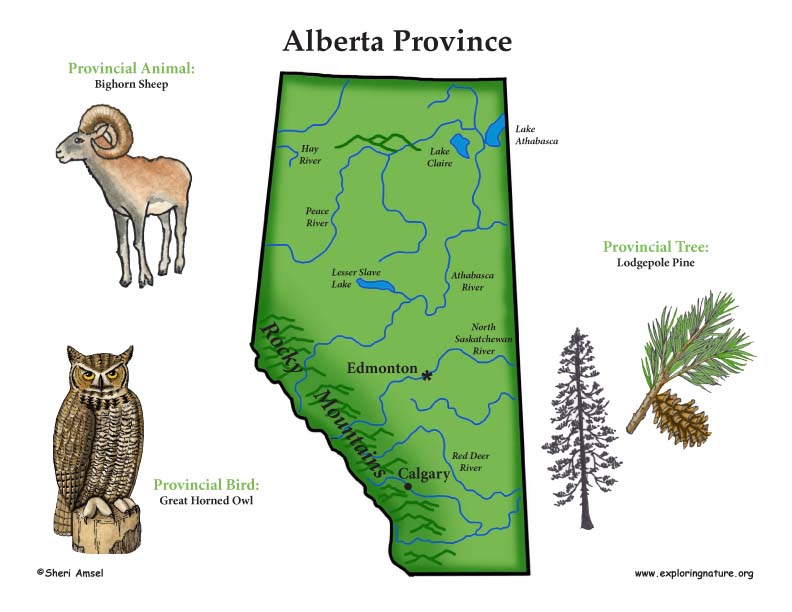 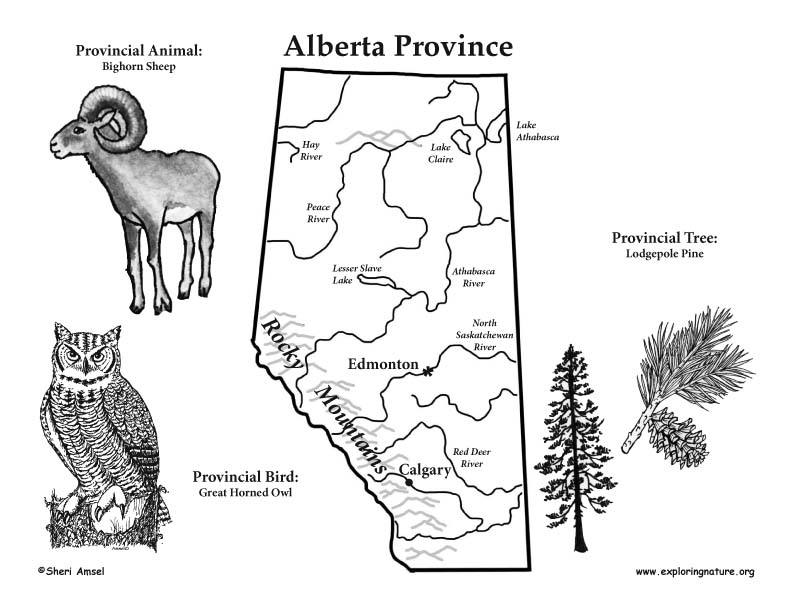 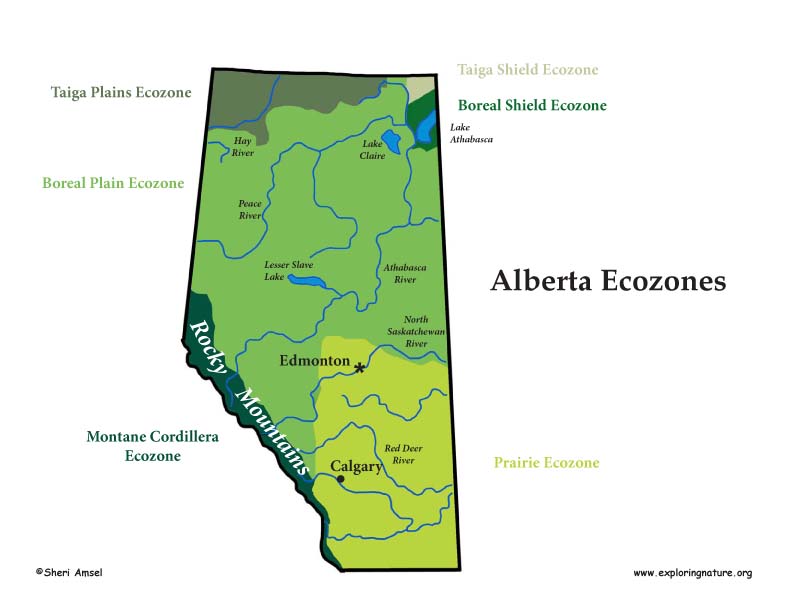 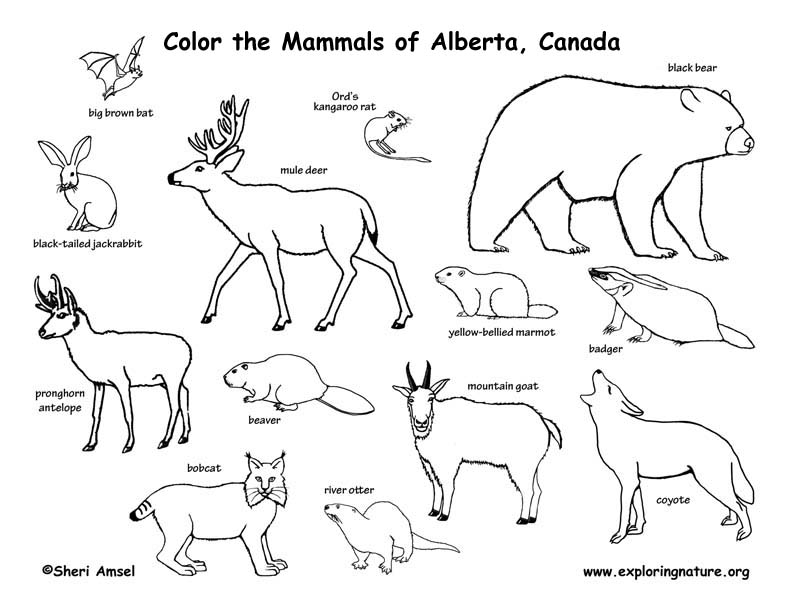 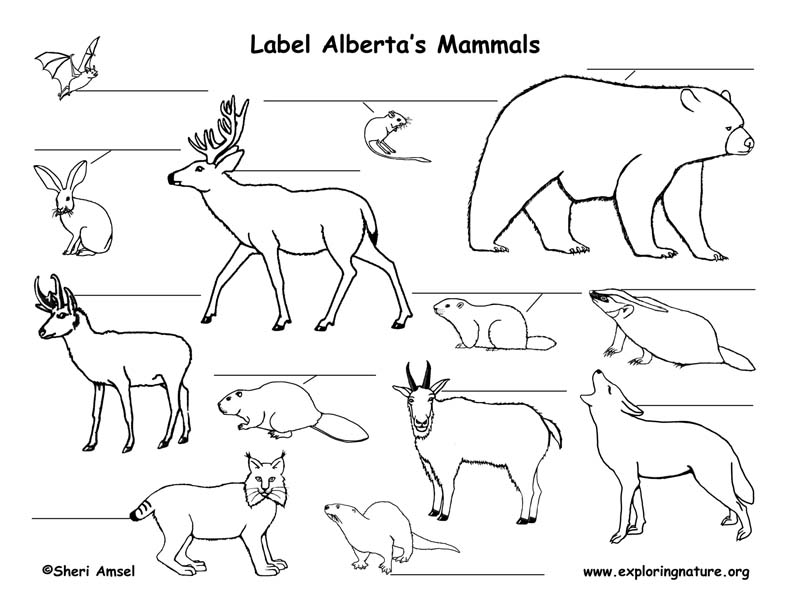 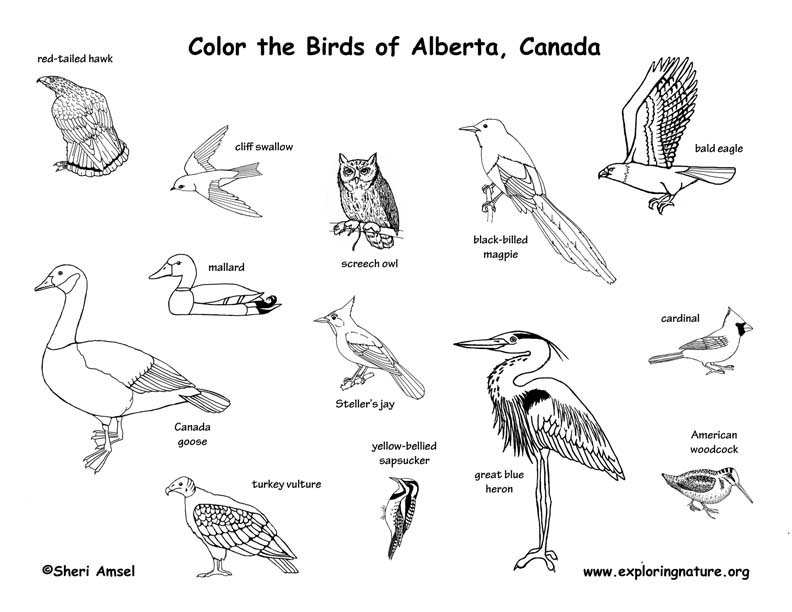 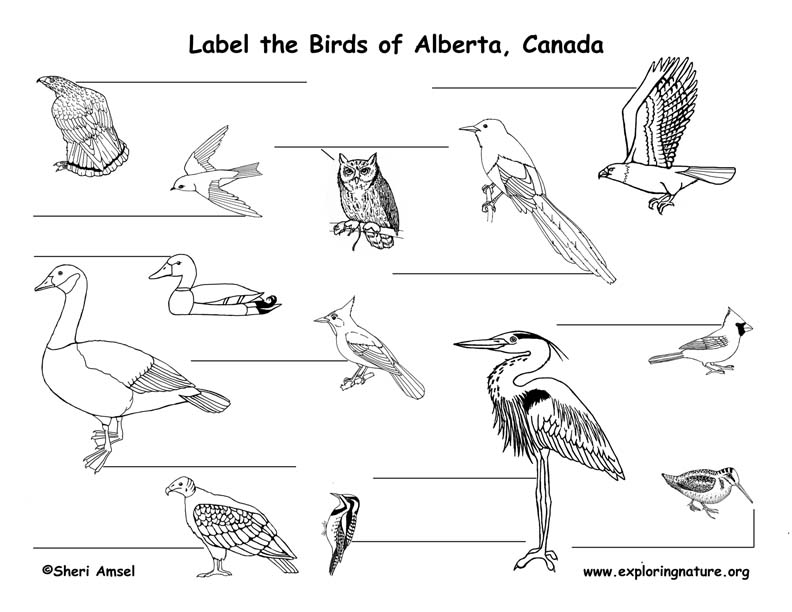 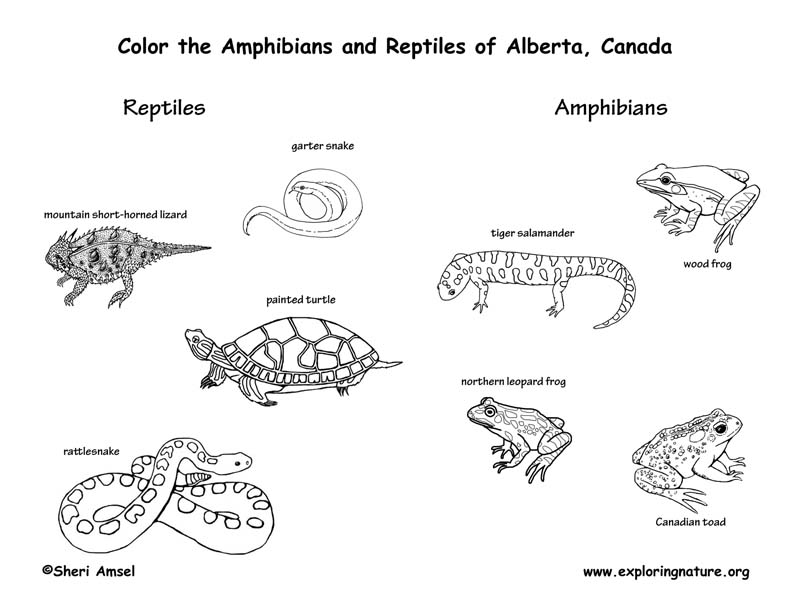 Get to know Alberta’s Animals and Habitats with the Alberta, Canada Bundle.
This includes 12 downloadable pages: 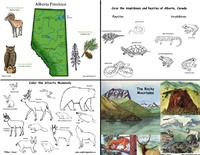 ©2005-2022 Sheri Amsel. All rights reserved.
The material on this site may not be reproduced, distributed, transmitted, cached or otherwise used for anything other than free educational use. It is not to be used for sale or profit of any kind. If you are unsure whether your use of site materials violates the exploringnature.org copyright, contact Sheri Amsel for prior written permission at sheri@exploringnature.org. Thank you for respecting copyright laws.
Site Developed by Eli Madden
Page ID: 1759
IP: 18.207.157.152