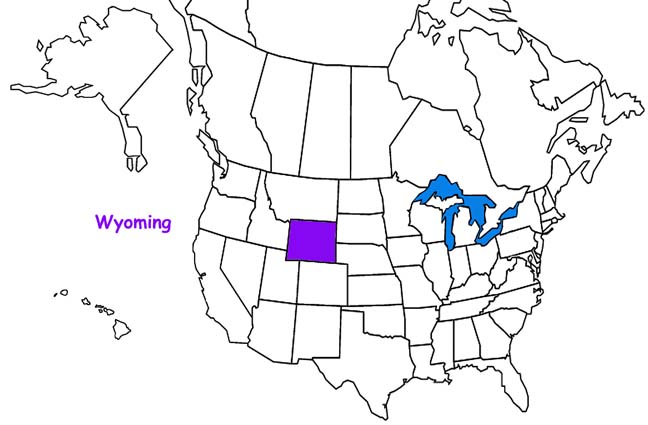 Wyoming is a diverse and beautiful state covering 62.6 million acres with many habitat types. Overall, 42% of Wyoming is owned privately – mostly in the eastern great plains area of the state. Wyoming can be broken down in several "ecoregions" to help describe different areas of the state.

The Great Plains-Palouse Dry Steppe Province includes Wyoming's shortgrass and mixedgrass prairies – also called the American steppe. This region is found covering the eastern third of Wyoming. It is dry land due to the "rain shadow effect" of the Rocky Mountains that block rainfall generated from the moisture off the Pacific Ocean. Though treeless, the prairie region is not all flat, but includes rolling hills, badlands, bluffs and low ridges. This area has much of Wyoming's urban development, farms and ranchland.

The Intermountain Semidesert Province includes Wyoming's arid region and covers the largest area of the state of all the ecoregions. This windy, semidesert includes valleys and basins covered in sagebrush and other drought tolerant shrubs and grasses. Along the rivers that run through this region, there are cottonwoods and willows forming a riparian zone in the floodplain.
The Southern Rocky Mountain Steppe-Open Woodland-Coniferous Forest-Alpine Meadow Province includes Wyoming's Southern Rockies. These peaks reach 13,000 feet with milder valleys between them. From valley floor to mountain top, this forested region has many zones with a wide range of vegetation.

Wyoming is an arid state with relatively little wetland habitat. Yet wetlands are very important habitats providing valuable habitat for migrating and breeding birds and other wildlife. 70% of Wyoming's birds are wetland or riparian bird species (they need wetlands for breeding and/or feeding). Wetlands also stabilize shorelines and – acting like a sponge – they protect the land from flooding during wet times and drought during dry times. They also act as filters to pollutants that run off the land from farms, towns and cities. For generations, people saw wetlands as wasted land and filled them in and covered them over. It wasn't until late in the 1900s that people realized the vital importance of wetlands and set about protecting and reclaiming them. There was never an abundance of wetlands in Wyoming, but before European settlers came to the state, wetland covered 3.2% of the land. Today, less than half of that remains (1.5% - less than 1 million acres) and more than half of those are not year round.

For more information about your state's mammals (including Latin names) click on individual animal links or for another (off-site) resource: FORESTS 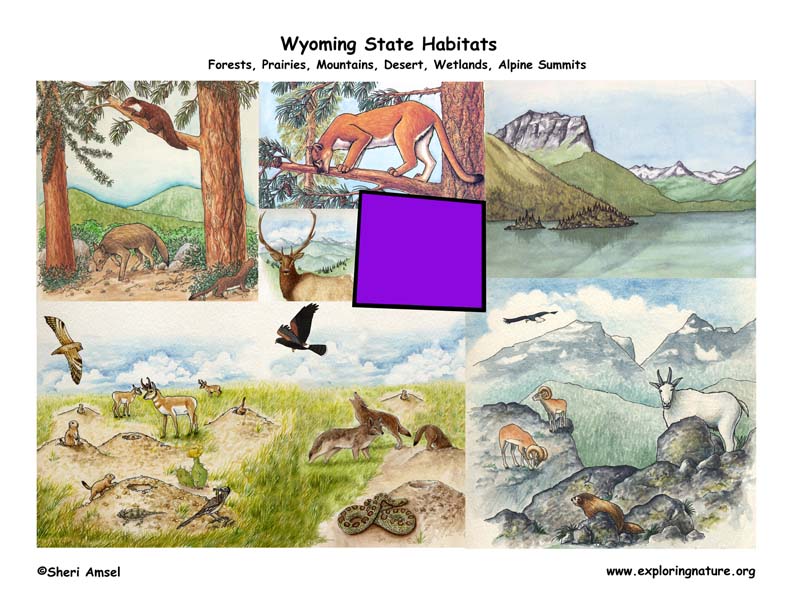 For more information about Wyoming's mammals (including Latin names) click on individual animal links or for another (off-site) resource: LINK 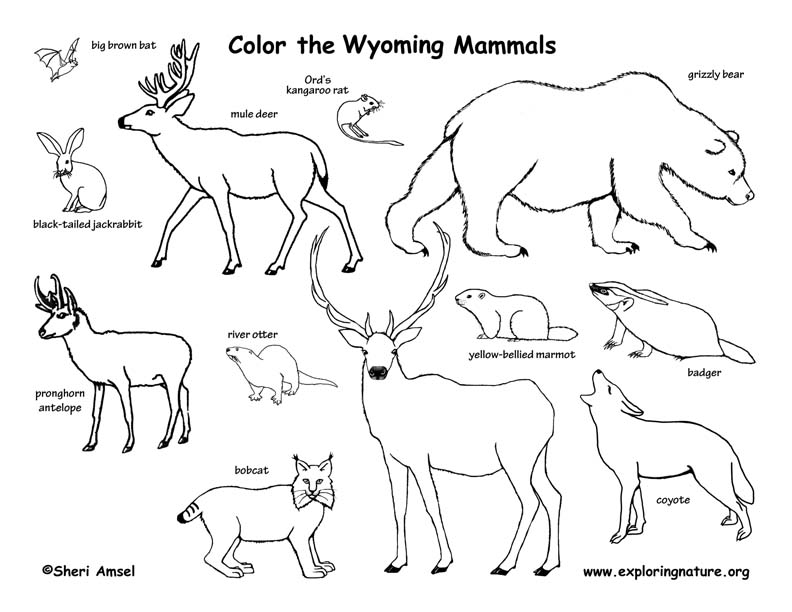 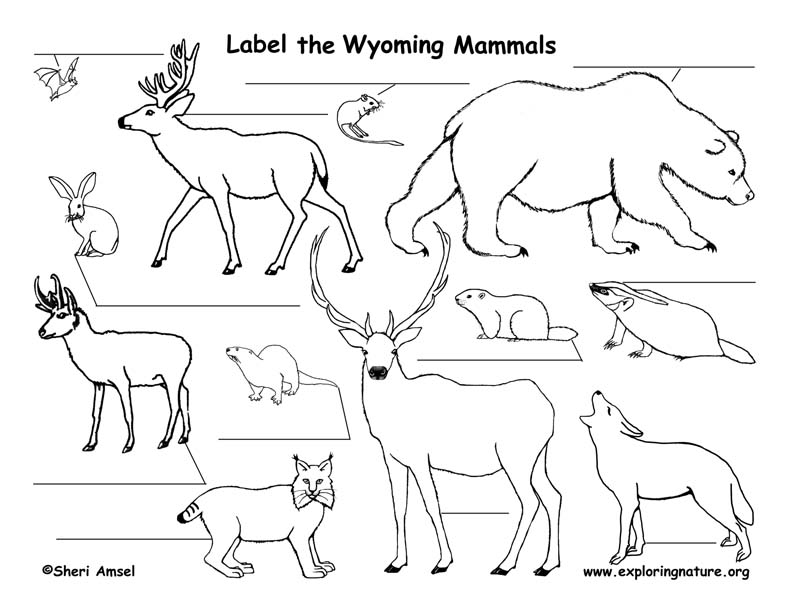 For more information about Wyoming amphibians and reptiles (including Latin names) click on individual animal links or for another (off-site) resource: Amphibians, Reptiles 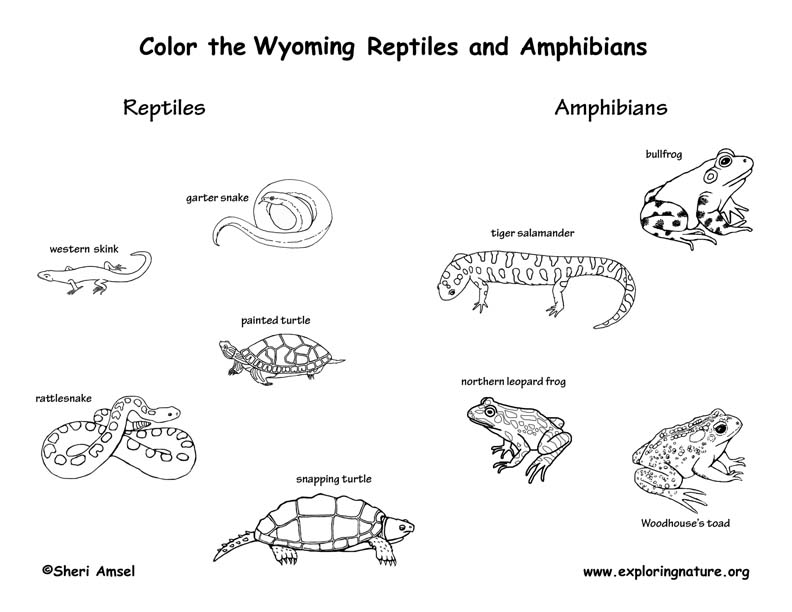 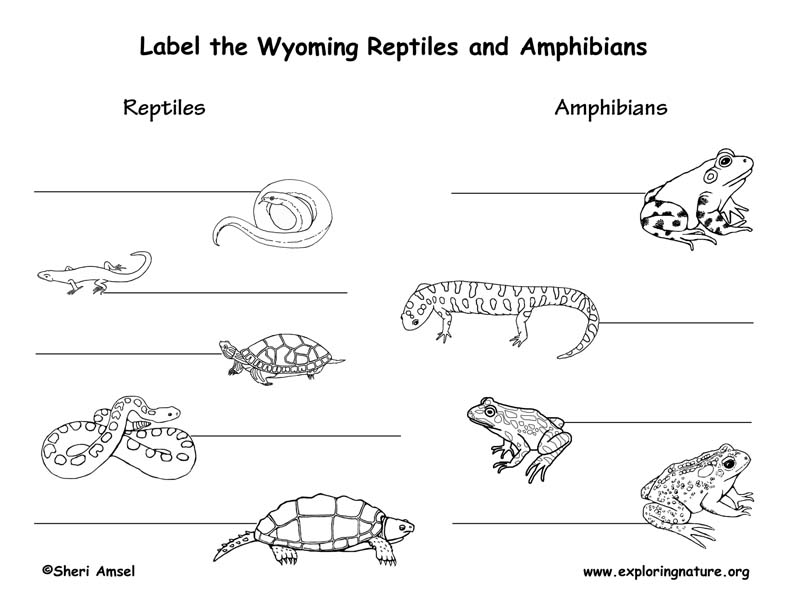 For more information about Wyoming's birds (including Latin names) click on individual animal links or for another (off-site) resource: LINK 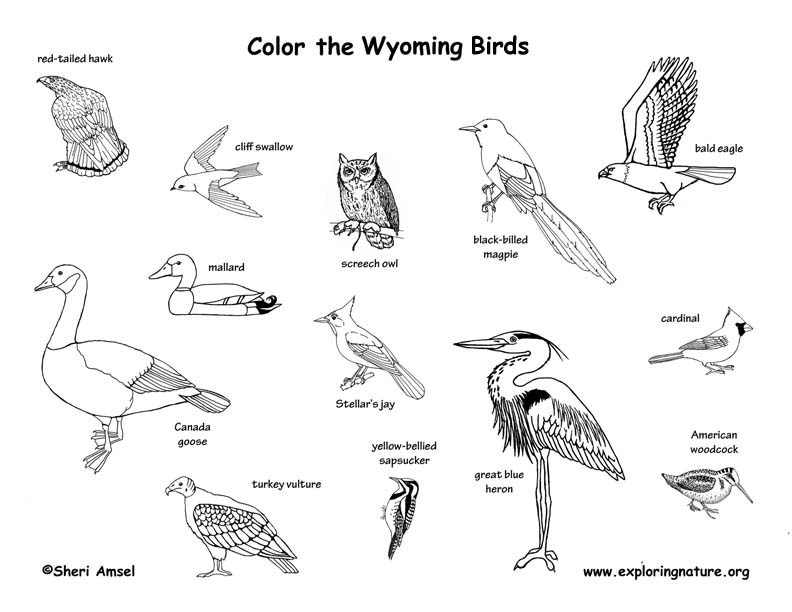 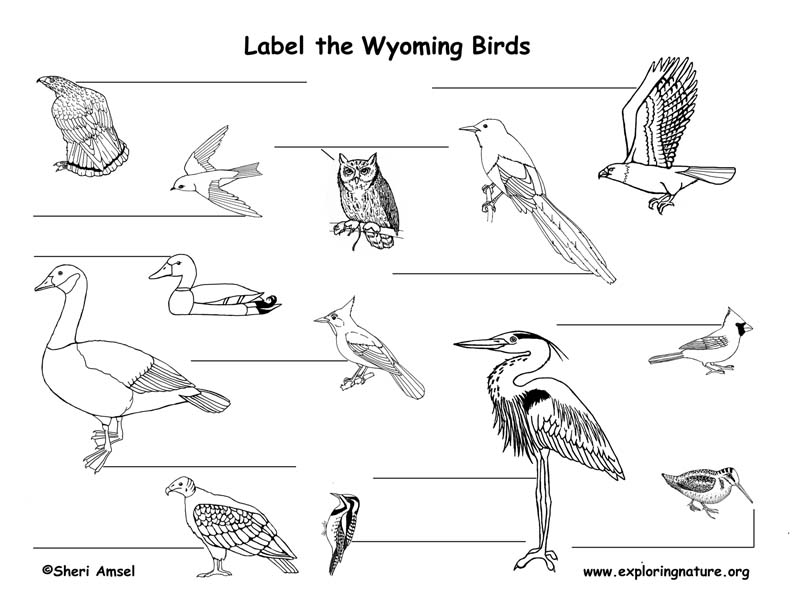 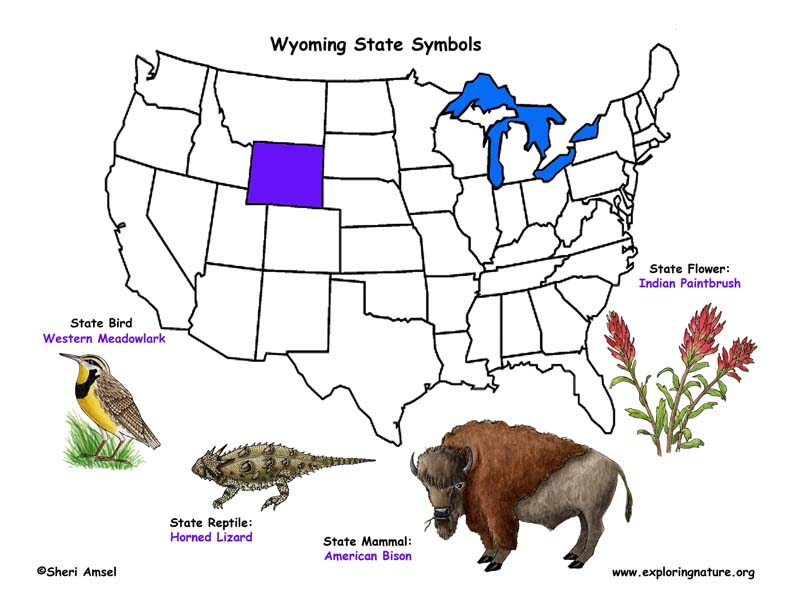 ©2005-2023 Sheri Amsel. All rights reserved.
The material on this site may not be reproduced, distributed, transmitted, cached or otherwise used for anything other than free educational use. It is not to be used for sale or profit of any kind. If you are unsure whether your use of site materials violates the exploringnature.org copyright, contact Sheri Amsel for prior written permission at sheri@exploringnature.org. Thank you for respecting copyright laws.
Site Developed by Eli Madden
Page ID: 842
IP: 35.173.35.14