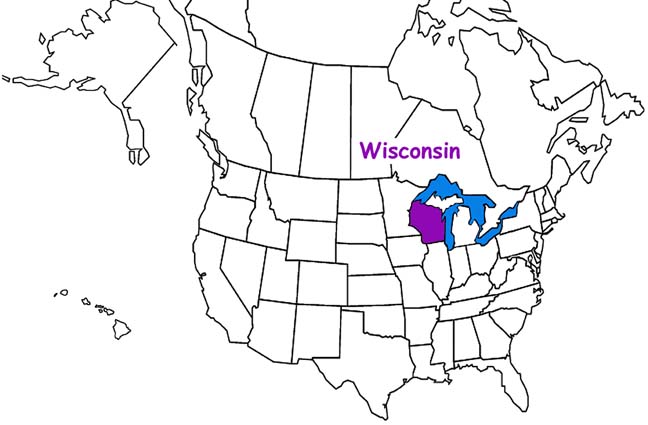 Wetlands
Wetlands are very important habitats. They provide valuable wildlife habitat, stabilize shorelines and protect the land from storm surges and flooding. They act as filters to pollutants that run off the land from farms, towns and cities. Yet, for generations, people saw wetlands as dangerous and wasted land and set about filling them in and covering them over. It wasn't until late in the 1900s that people realized the vital importance of wetlands and set about protecting and reclaiming them. Wisconsin's wetlands include swamps, bogs, muskegs, marshes, wild rice, wetland swales, and wet meadows. Wisconsin also has over 15,000 inland lakes (not including the Great Lakes), thousands of small ponds, and more than 32,932 miles (53,000 kilometers) of rivers and streams. Today, only about 53% of Wisconsin's wetlands remain and they are found mostly in the northern part of the state. Only 36% of the Wisconsin's bogs and swamps are left.

Marshes have plant life that is soft-stemmed and rises out of standing water. These include cattails, grasses, sedges, rushes, arrowhead, pickerel weed, and smartweed. Wisconsin's marshes are found around lakes and along rivers. Marshes are vital habitat - both for feeding and reproducing – for fish, water birds – ducks, geese, herons, cranes, rails, song birds, frogs, reptiles and many mammals (muskrats, beaver, and otter). Wisconsin has both northern and southern sedge marshes. Wisconsin also has wild rice which grows in shallow, slow-moving waters of rivers, streams, and lakes.

Wisconsin's bogs form when ponds fill in with decaying plant matter forming a mat around open water or filling in completely forming a spongy mat of peat covered by sphagnum moss. The acidic environment creates very slowly decomposition of plant matter. For plants to survive in a bog, they must be acid tolerant like mosses, sedges, orchids, sundews, pitcher plants, leather-leaf, bog-laurel, small cranberry, and labrador tea. A muskeg is similar to a bog but muskegs can support more woody vegetation like tamaracks and black spruces.

Grasslands
Almost 2 million acres of tallgrass prairie existed in Wisconsin before European settlement. Less than 10,000 acres are left today and that is dangerously fragmented. This is a common story among all the prairie states where the grasslands were destroyed for agriculture and urban development. Grassland-shrub habitat is important to many birds like bobwhites, flycatchers, shrikes, thrashers, vireos, yellowthroats, sparrows, goldfinch, and blackbirds, northern harriers, short-eared owls, wrens, meadowlarks, and bobolinks. 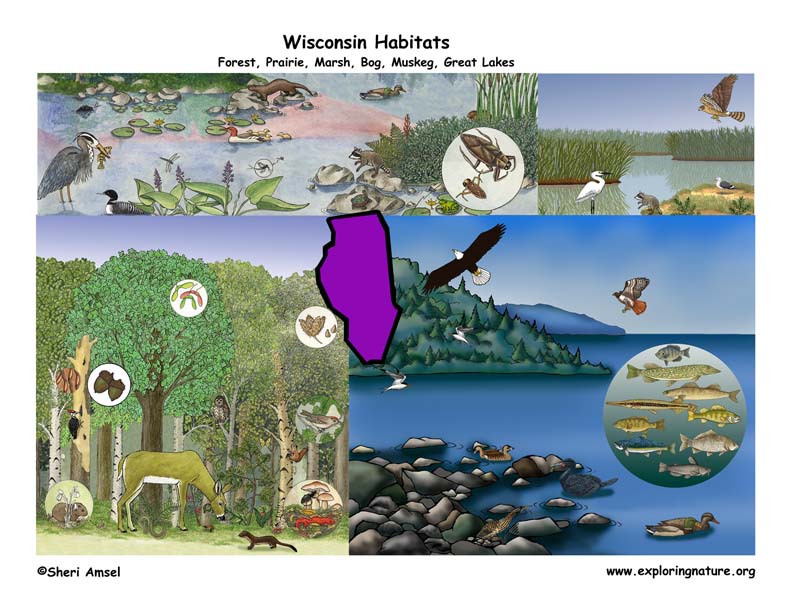 For more information about Wisconsin mammals (including Latin names) click on individual animal links or for another (off-site) resource: LINK 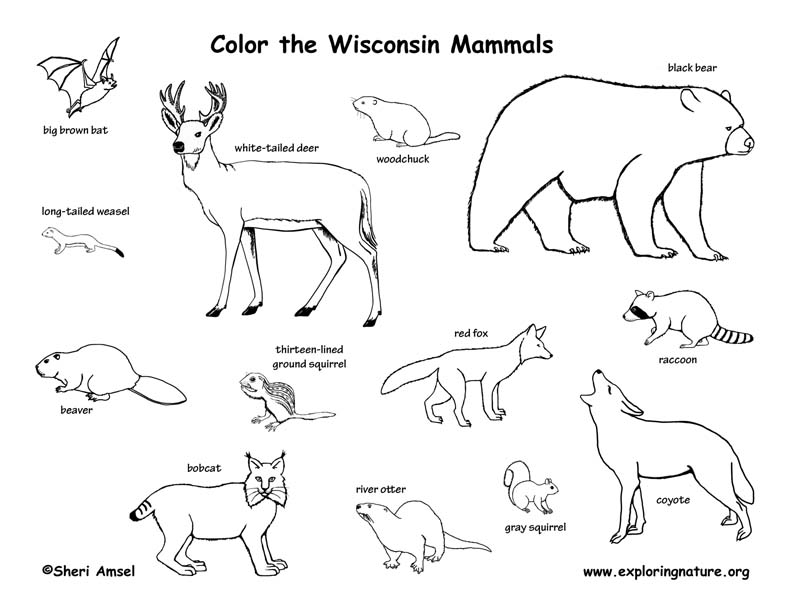 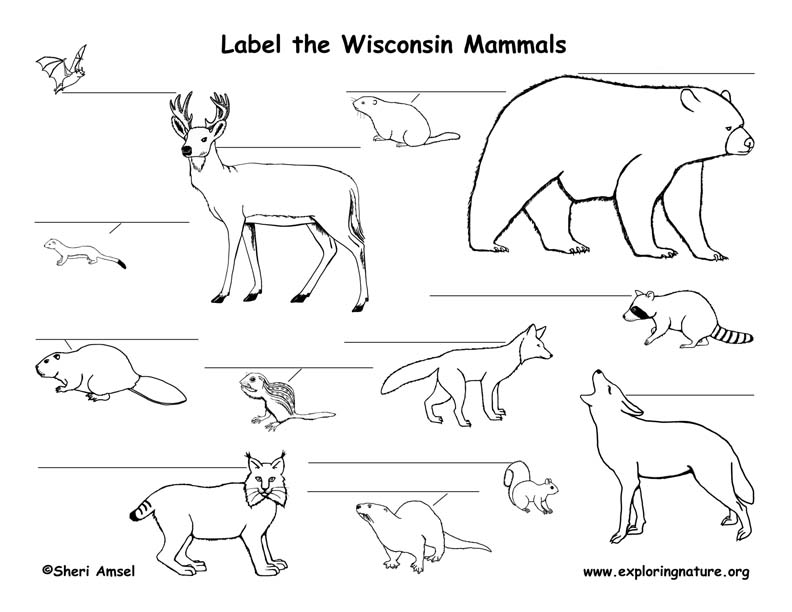 For more information about Wisconsin amphibians and reptiles (including Latin names) click on individual animal links or for another (off-site) resource: LINK 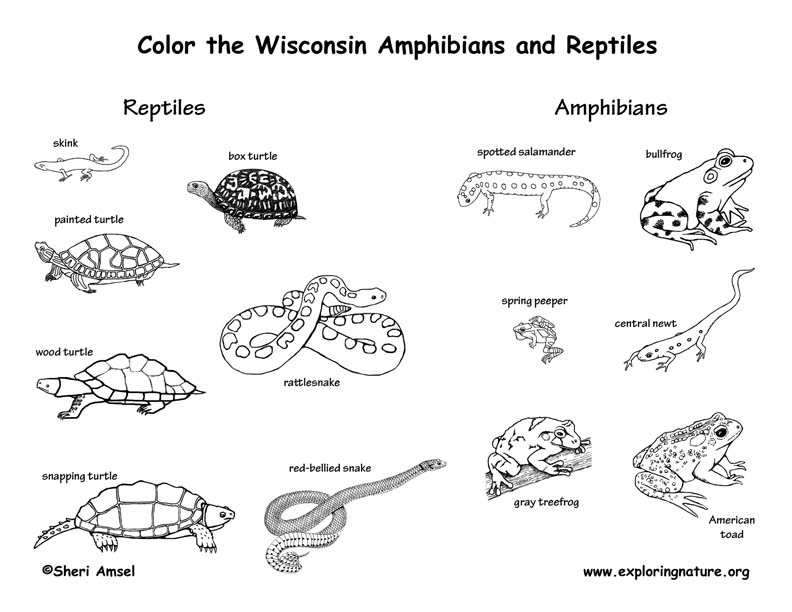 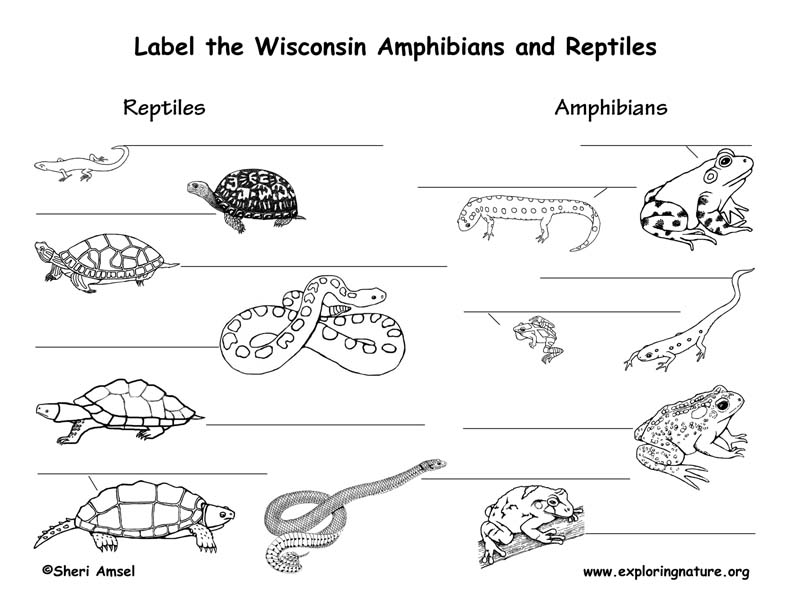 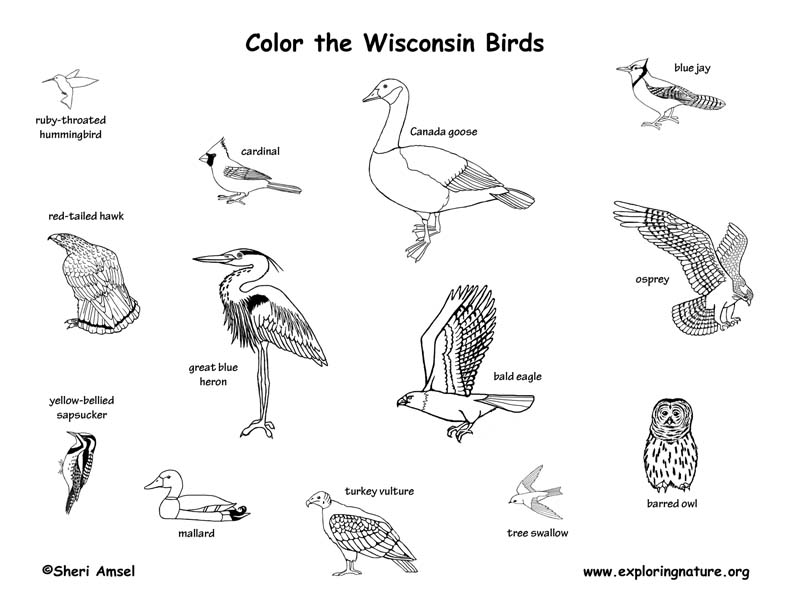 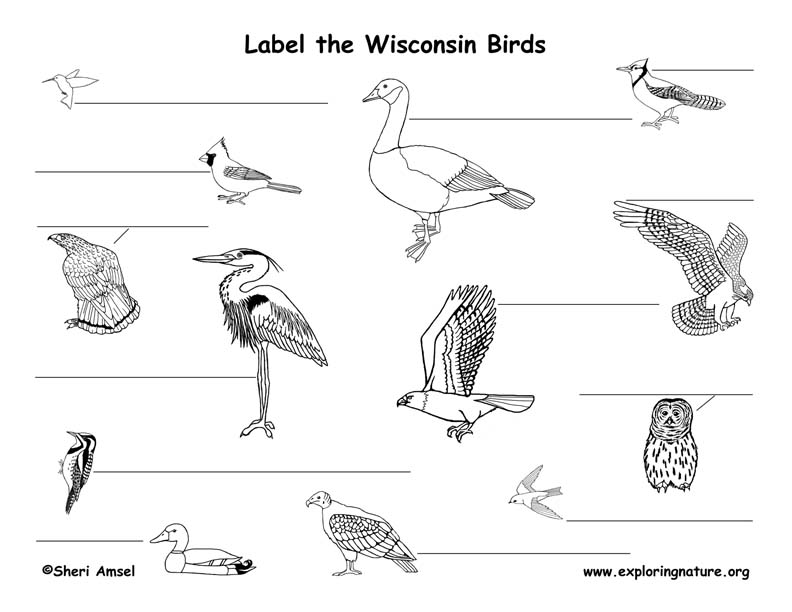 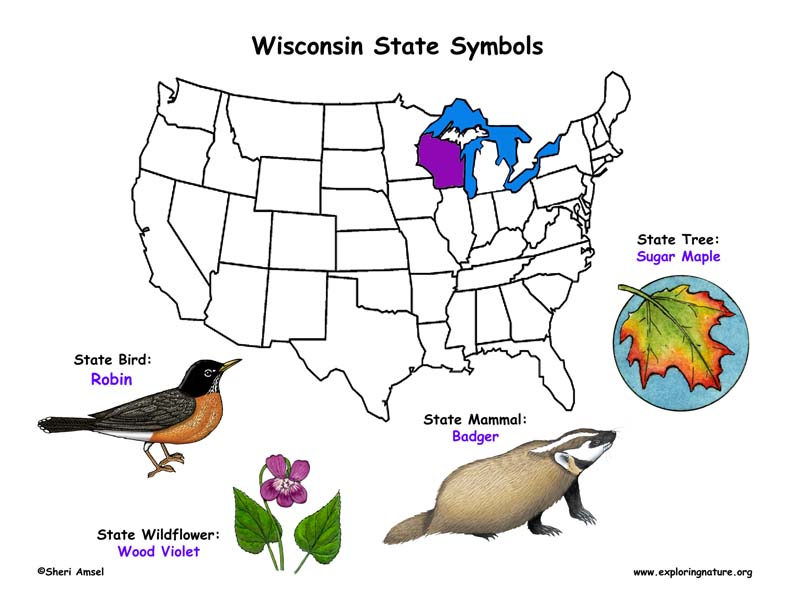 ©2005-2023 Sheri Amsel. All rights reserved.
The material on this site may not be reproduced, distributed, transmitted, cached or otherwise used for anything other than free educational use. It is not to be used for sale or profit of any kind. If you are unsure whether your use of site materials violates the exploringnature.org copyright, contact Sheri Amsel for prior written permission at sheri@exploringnature.org. Thank you for respecting copyright laws.
Site Developed by Eli Madden
Page ID: 824
IP: 44.192.247.184