Organisms inherit many of their traits from their parents. In a population of organisms, they are all the same species, but they will not all look exactly the same. Individuals in a population will inherit and express a variation of traits that may not match the rest of their group.

In a herd of caribou, for example, the expression of traits can include antler size, leg length, coat thickness, and even temperament. A variation of traits can make a difference in how organisms survive. If a caribou inherits traits that help it outrun predators, find food, and survive the winter, it is more likely to breed in the fall and pass on its genetic traits to the next generation. It’s expression of traits has shown a selective advantage.

Environmental factors can also affect the expression of traits, affecting the probability of their occurrences in a population. For example, if a caribou breaks an antler, is injured running from predators, or loses weight due to food scarcity, it may not survive or have the energy to compete for females during the breeding season. If it doesn’t breed, it will not pass on its genetic traits to the next generation. So the herd’s traits are influenced by the environment.

Thus the variation and distribution of traits in a population depends on both genetic and environmental factors. 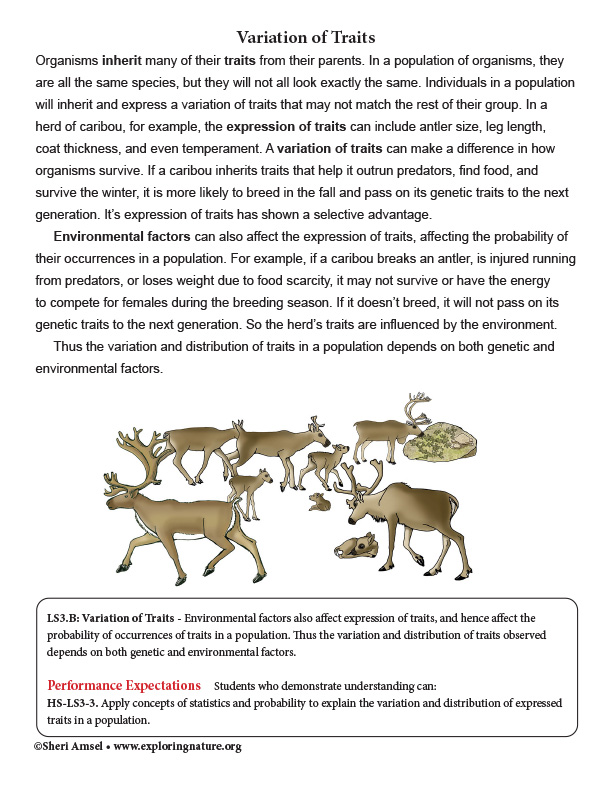 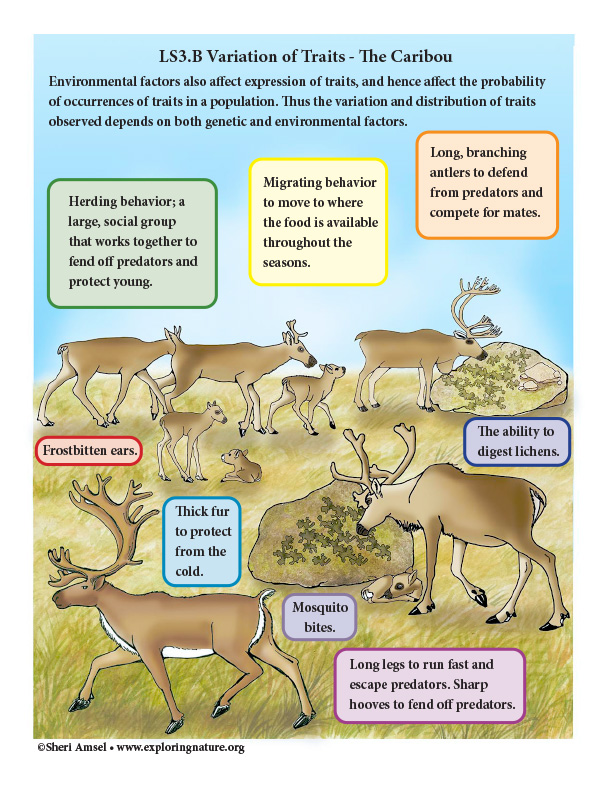 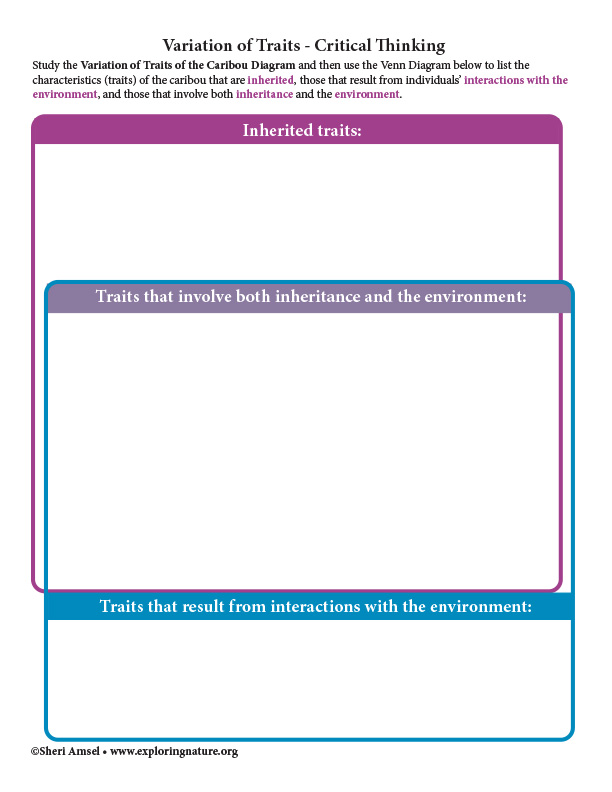 Performance Expectations     Students who demonstrate understanding can:
HS-LS3-3. Apply concepts of statistics and probability to explain the variation and distribution of expressed traits in a population.

©2005-2022 Sheri Amsel. All rights reserved.
The material on this site may not be reproduced, distributed, transmitted, cached or otherwise used for anything other than free educational use. It is not to be used for sale or profit of any kind. If you are unsure whether your use of site materials violates the exploringnature.org copyright, contact Sheri Amsel for prior written permission at sheri@exploringnature.org. Thank you for respecting copyright laws.
Site Developed by Eli Madden
Page ID: 6347
IP: 35.168.110.128