All living things (organisms) are made up of cells. Cells are the smallest unit of life able to carry out the functions an organism needs to stay alive - like eat, breathe and reproduce.

Cells can be broken down into 2 types – prokaryotic cells and eukaryotic cells.  Both types of cells have some things in common.

Prokaryotic cells are simpler cells and were probably developed first. Bacteria are prokaryotes.

Eukaryotic cells are more complex and evolved from these simpler cells. These are the cells of plants, animals, fungi and algae. 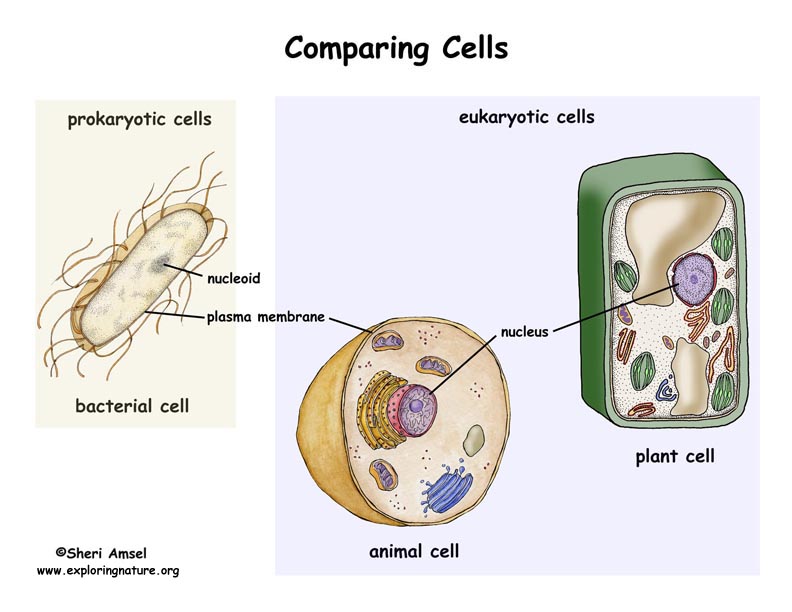 ©2005-2022 Sheri Amsel. All rights reserved.
The material on this site may not be reproduced, distributed, transmitted, cached or otherwise used for anything other than free educational use. It is not to be used for sale or profit of any kind. If you are unsure whether your use of site materials violates the exploringnature.org copyright, contact Sheri Amsel for prior written permission at sheri@exploringnature.org. Thank you for respecting copyright laws.
Site Developed by Eli Madden
Page ID: 1042
IP: 44.200.171.74