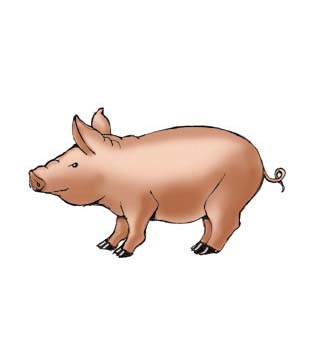 Pigs are considered to be smart and sensitive animals. Their excellent sense of smell has made them valuable in the search for truffles, a wild, edible fungus that grows underground in Europe. Domestic pigs started as wild boars in Europe and Asia. Pigs are known for the noises that they make - grunts and squeals.

Pigs can weigh up to 450 pounds. They have big ears and sensitive, flexible noses. They can be a whole range of colors from pink to black or speckled. They have small, often curling tails. They have hooved feet.

Pigs are omnivores, eating both plant and animal matter. Actually, pigs will eat almost anything that is edible and are often kept on kitchen scraps and other waste foods. They have a simple digestive tract that is more like a human and not the complex, ruminant stomach of the cow.

Pigs are a source of meat (ham, bacon, and sausage), pig skin and are also kept as pets. 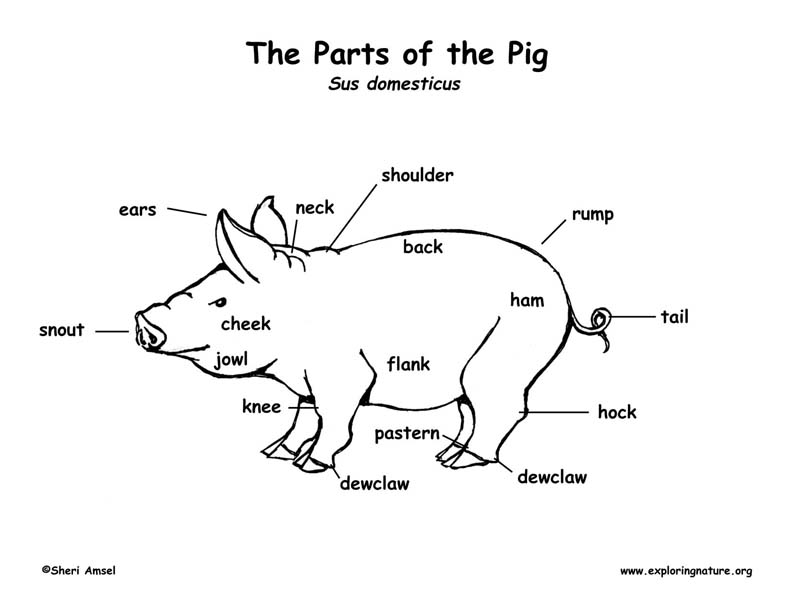 ©2005-2022 Sheri Amsel. All rights reserved.
The material on this site may not be reproduced, distributed, transmitted, cached or otherwise used for anything other than free educational use. It is not to be used for sale or profit of any kind. If you are unsure whether your use of site materials violates the exploringnature.org copyright, contact Sheri Amsel for prior written permission at sheri@exploringnature.org. Thank you for respecting copyright laws.
Site Developed by Eli Madden
Page ID: 671
IP: 44.210.85.190