Phragmites is found all over the world, so it has been difficult to pinpoint where it came from originally. There is some evidence that it did exist as a native plant in North America, but a more aggressive subspecies from Europe may have started its expansion into wetland habitats around the country.

Phragmites has invaded wetlands all over North America.

Phragmites grows fast and dense with reeds reaching fifteen feet tall. They crowd out native wetland species, such as cattails, and change habitats so that they becomes uninhabitable for the native wildlife.
Their roots form thick mats that expand ten feet per season, blocking the surface from use by wildlife.

Many measures have been taken to eradicate phragmites or prevent its spread. In small, newer colonies without expansive root systems, breaking stems and applying herbicides have helped. In larger colonies, a combination of fire, herbicides and lowering the water level has had an effect. Repeated mowing can help. 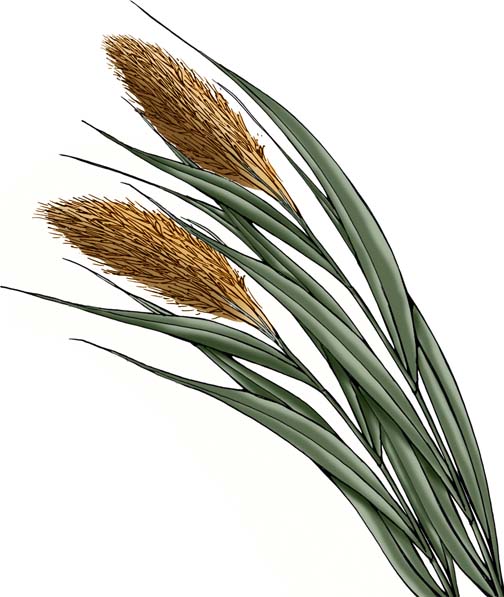 ©2005-2022 Sheri Amsel. All rights reserved.
The material on this site may not be reproduced, distributed, transmitted, cached or otherwise used for anything other than free educational use. It is not to be used for sale or profit of any kind. If you are unsure whether your use of site materials violates the exploringnature.org copyright, contact Sheri Amsel for prior written permission at sheri@exploringnature.org. Thank you for respecting copyright laws.
Site Developed by Eli Madden
Page ID: 1634
IP: 3.87.33.97