Phases of the Moon Explained 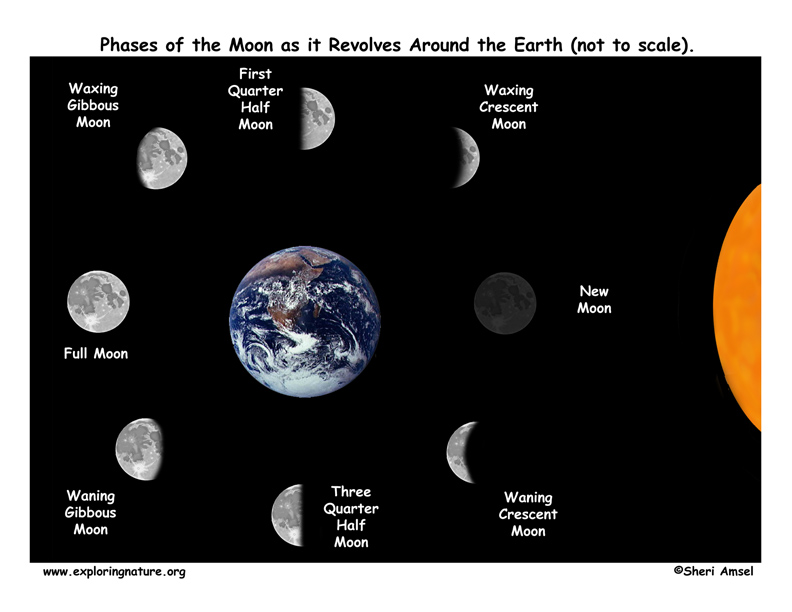 In the sky at night, we can see the moon’s size change throughout the month at regular intervals. This is called moon phases. Yet, in reality, the moon never changes size. This is how it works.

The moon looks different during its revolution around the Earth, because, at each position it is being seen from a different angle, depite having the same amount of sunlight on its surface.

When the moon is positioned between the Earth and the sun, we face the dark side, so we cannot see the moon at all. This is called a new moon.

As each day passes and the moon moves at an angle out from between the Earth and the sun, we begin the see a sliver of the moon getting sunlight. By day 4, it reaches 45°. This is called a waxing crescent.

When the moon has revolved to a 90° angle from the Earth and sun, on about day 7,  it has reached its first quarter. We can now see half the moon, while the other half sits in invisible shadows.

The next phase, at about day 10, it reaches 135° and we can see roughly three quarters of the moon. This is called the waxing gibbous phase.

After roughly 2 weeks, the moon is now in position with the Earth sitting between it and the sun at 180°, so we see its fully lit side as a full moon. Most months it is not in an exact alignment or the Earth would block the sun from the moon causing a lunar eclipse. This happens only a couple of times a year.

As it continues on in its revolution around the Earth, the moon begins to move into shadow as the waning gibbous moon by day 18 (225°), then the third quarter half moon at day 22 (270°), then waning crescent at day 26 (315°) and finally the invisible new moon again on day 29.

Like the full moon, the new moon does not block the sun from reaching the Earth because it is not an exact alignment. On the months where the alignment is exact, we experience a solar eclipse.

Using this information (above), draw a model of the phases of the moon as it revolves around the Earth (and using the model below as your guide).

Then go on to assess your knowledge with the following worksheet. 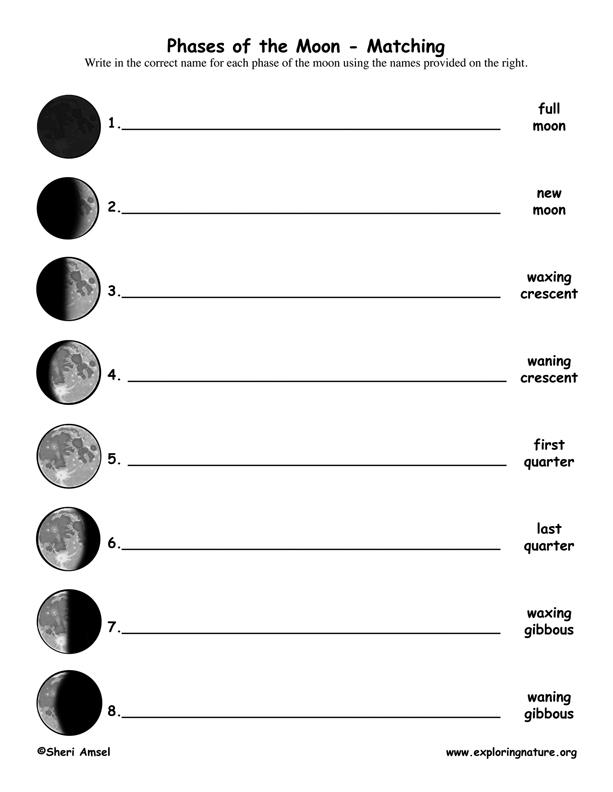 Another version of the above exercise with a little hint (for a less challenging exercise): 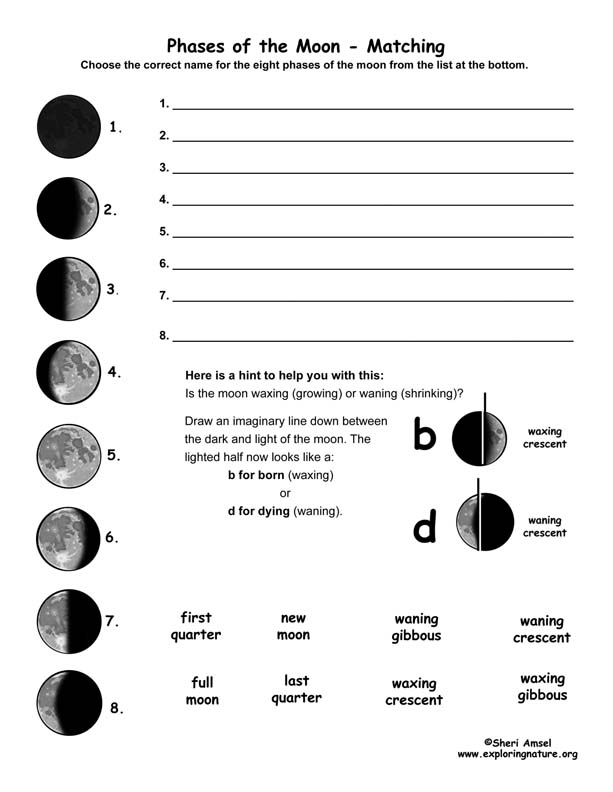 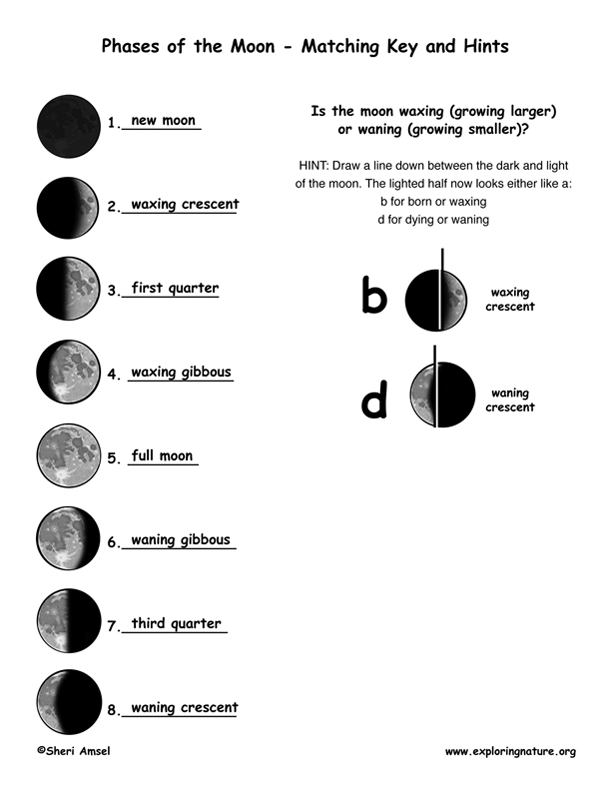 ESS1. A  The universe  and its stars
ESS1. B   Earth and the solar system
Patterns of movement of the sun, moon, and stars as seen from Earth can be observed, described, and predicted.

©2005-2023 Sheri Amsel. All rights reserved.
The material on this site may not be reproduced, distributed, transmitted, cached or otherwise used for anything other than free educational use. It is not to be used for sale or profit of any kind. If you are unsure whether your use of site materials violates the exploringnature.org copyright, contact Sheri Amsel for prior written permission at sheri@exploringnature.org. Thank you for respecting copyright laws.
Site Developed by Eli Madden
Page ID: 1841
IP: 35.173.35.14