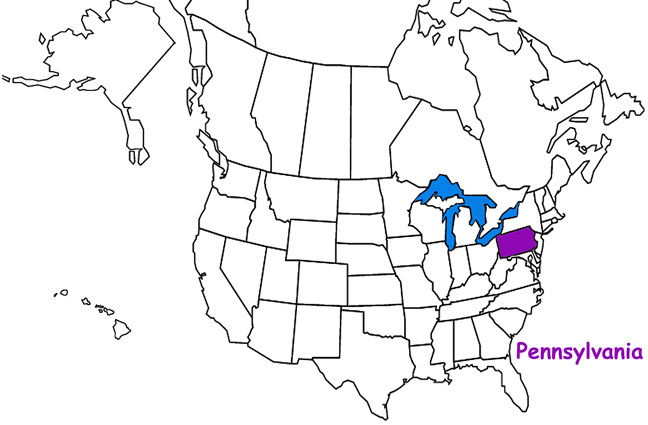 Forests cover more than half of Pennsylvania and more than half of those are deciduous. Different kinds of deciduous forests are named by the dominant trees that live there. About half the deciduous forests are oak-hickory forests. The next largest forest type are northern hardwood forests. Other common deciduous trees are black cherry, red maples, aspen, birch, ash, and elm, silver maple, sycamore, black willow, river birch, pin oak, ashes, hawthorns and box elder. Coniferous forests make up a smaller portion of the Pennsylvania forests, but are important for the animals that winter there like, white-tailed deer, ruffed grouse and black-capped chickadees. The coniferous trees include hemlock, white pine, red pine and red spruce. Other animals found in forests and on the edges of forests in thickets include black bears, cottontail rabbits, wild turkeys, nuthatches, warblers, bluejays, red-eyed vireos, ovenbirds, sparrows, red squirrels, barred owls, northern goshawks, red-shouldered hawks, pileated woodpeckers, and pine martens.

Though many forests are actually recovering from logging and clear cutting of past centuries, forests are still under pressure from development and use. People are building more homes out in the forest which fragments habitat (breaks it into smaller pieces). People are also exploring further into forests on off road vehicles and mountain bikes. These disturbances can affect populations of animals in unexpected ways. For example, the windows in forest homes reflect the forest. This is very dangerous for birds that fly low through the trees to escape predators. One statistic suggests that more than 4 million birds die each year by striking windows. Homes also bring domestic animals like cats and dogs which prey on forest animals.

About 1/4th of Pennsylvania is covered by different types of grasslands and open areas. The grasslands are mostly agricultural farms but they also include natural barrens or parks, golf courses, lawns and sports fields. Some open land includes Pennsylvania's surface mining. Grasslands and open areas are important for certain animals species – mainly ground-nesting birds or raptors with grassland prey. These include ring-necked pheasant, short-eared owl, wild turkey, northern harrier, whip-poor-will, prairie warbler, ruffed grouse, field sparrow, common yellowthroat, bobwhite and woodcock. Besides for birds, there can be rattlesnakes, butterflies and small mammals like, mice, voles and shrews. Though surface mines might seem a poor habitat for wildlife, in truth they can provide grasslands that are home to many species including grasshopper sparrows, Henslow’s sparrows, savannah sparrows, meadowlarks, bobolinks, short-eared owls, upland sandpipers and northern harriers. This has led biologists to pay attention to reclaiming old mine sites as grassland refuges.

Grasslands and open areas are shrinking as people move out of city centers to surrounding open areas. This is called urban sprawl and gobbles up about 90,000 acres of grassland per year. Another thing that affects the natural grasslands is not letting them burn. Fire is part of the natural process of regenerating grasslands which they can't do if people put the fires out as soon as they start.

As in many places, Pennsylvania's wetlands are declining. Wetland loss estimates are that roughly half of Pennsylvania’s wetlands are already gone. This results from wetland filling (where wetlands are filled and built on), wastewater pollution (from farms and urban run off) and water depletion (from water being pumped out and cleaned for use by farms and towns). 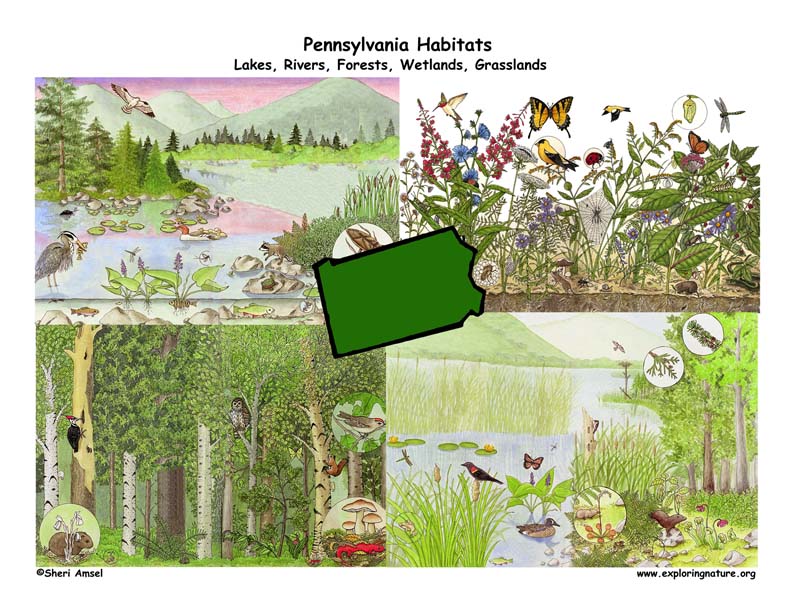 For more about PA mammals (including Latin names) click on individual animal links or for another (off-site) resource: American Sociey of Mammalogists website. 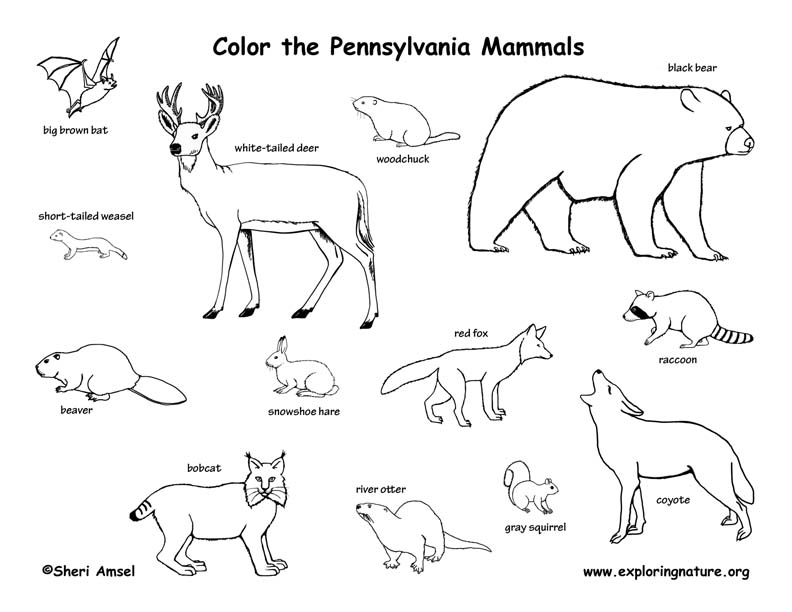 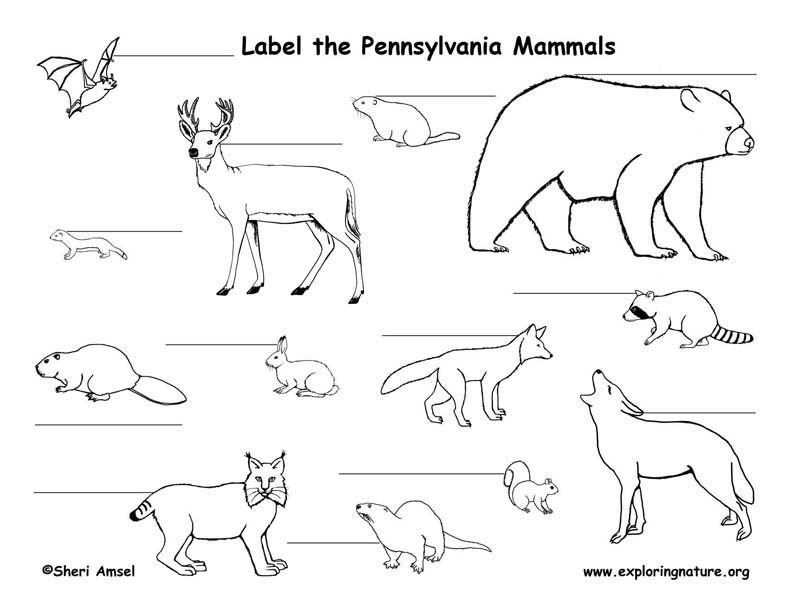 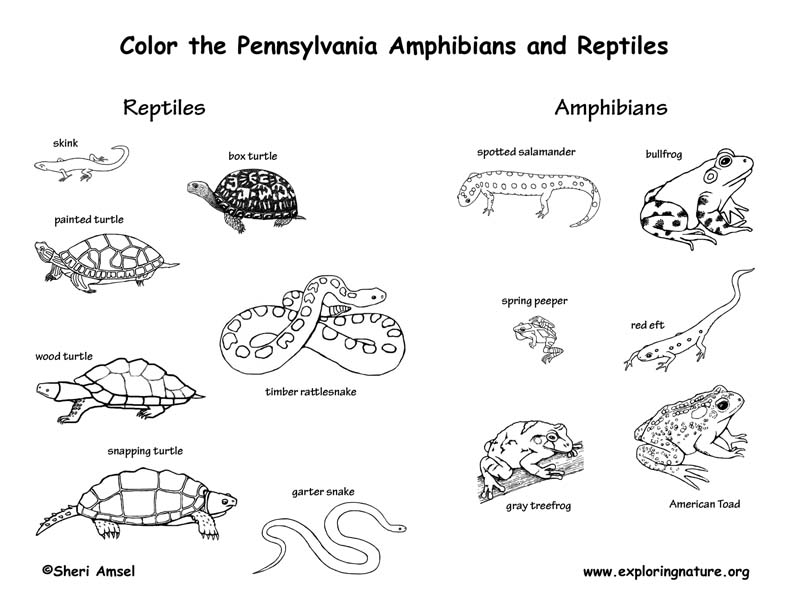 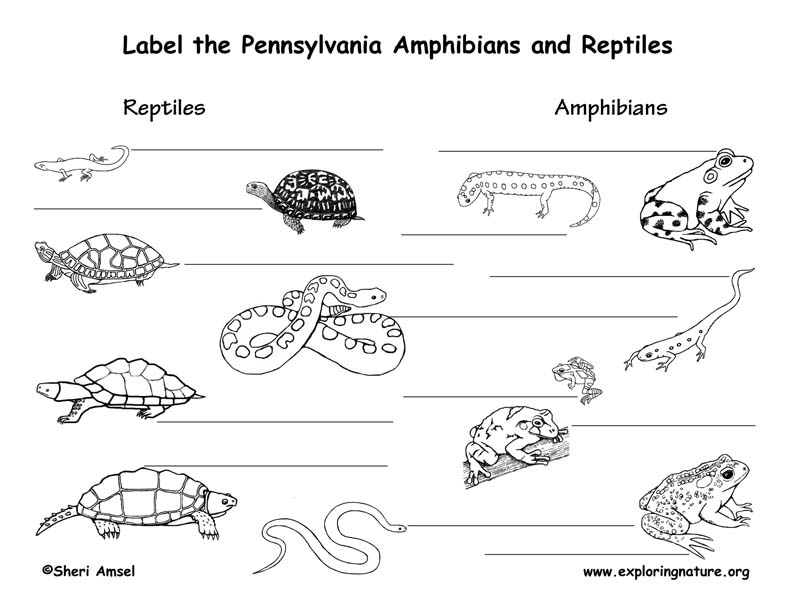 For more about PA birds (including Latin names) click on individual animal links or for another (off-site) resource: LINK 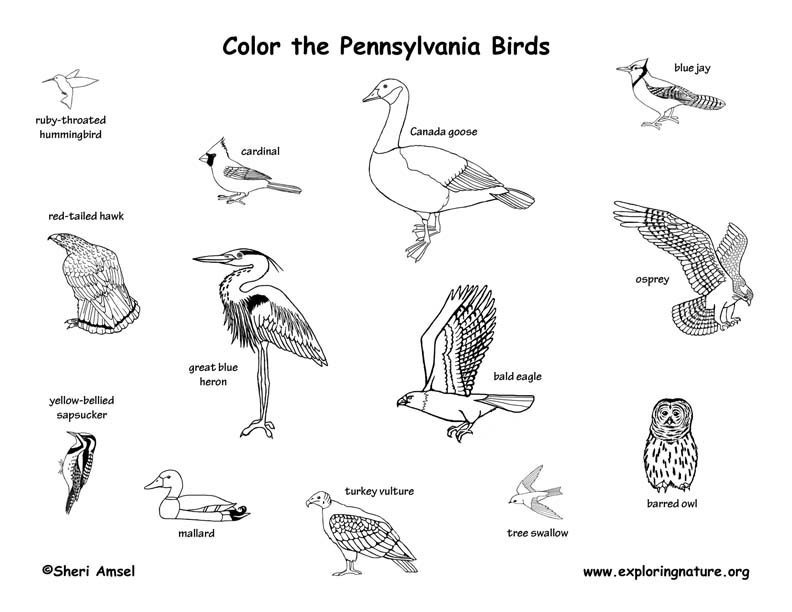 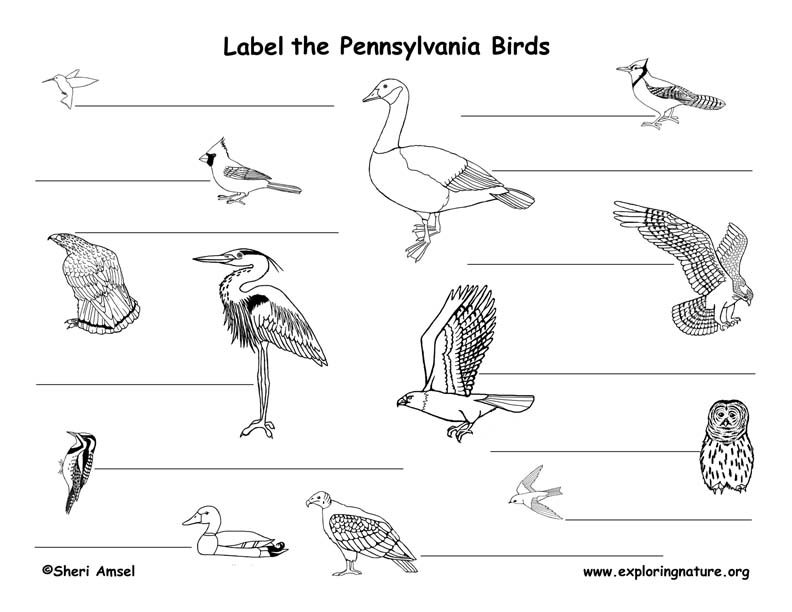 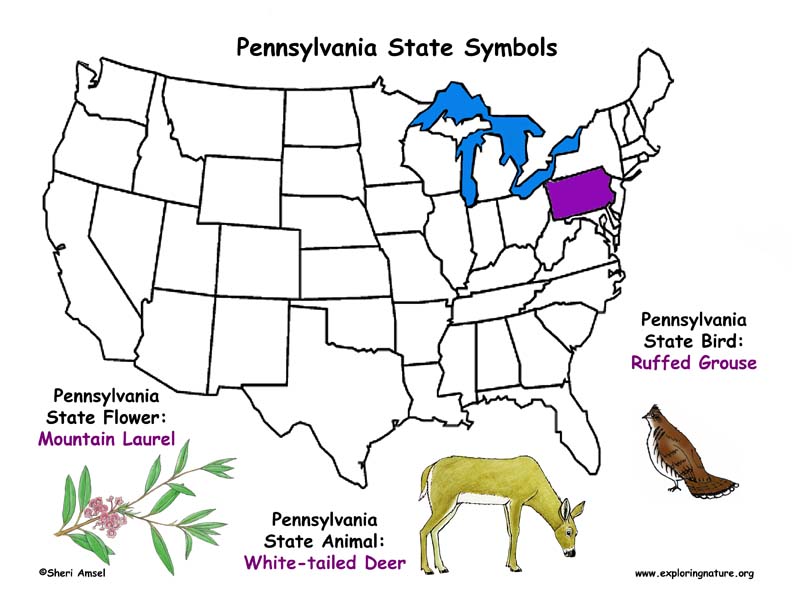 ©2005-2023 Sheri Amsel. All rights reserved.
The material on this site may not be reproduced, distributed, transmitted, cached or otherwise used for anything other than free educational use. It is not to be used for sale or profit of any kind. If you are unsure whether your use of site materials violates the exploringnature.org copyright, contact Sheri Amsel for prior written permission at sheri@exploringnature.org. Thank you for respecting copyright laws.
Site Developed by Eli Madden
Page ID: 799
IP: 18.207.238.28