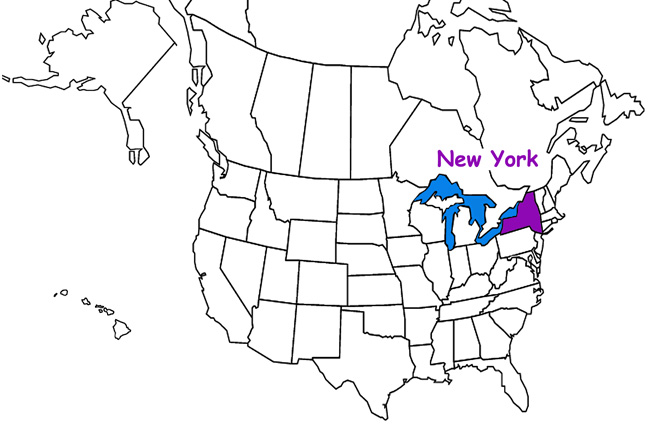 New York State has many distinct ecological regions called ecoregions. An ecoregion is a large area that has common climate, land forms and waterways that support a certain cross section (biodiversity) of plants and animals and is different from other ecoregions. There are 7 ecoregions in NYS (as used in the NY Comprehensive Wildlife Conservation Strategy (CWCS)).

1. The Great Lakes Ecoregion has low elevation, gently rolling hills and flat lake plains. This area of western NY is affected by the Great Lakes weather patterns and has great biodiversity and unique habitats.

2. The High Allegheny Plateau Ecoregion has high elevation hills forming a plateau rising up to 2,100 feet. It stretches from the Great Lakes Plains of Lake Ontario to the ridge and valley region of the Central Appalachians to the south, and from the Lake Erie Plain in the west to the Hudson River Valley.

3. The Lower New England - Northern Piedmont Ecoregion is a limestone valley of low mountains and lakes that are found along the mid- to southeastern portion of New York.

5. The Northern Appalachian - Boreal Forest Ecoregion has forest communities, large-scale wetlands and remote pond habitats. It covers a large portion of northern New York, most of the Adirondacks and Tug Hill Plateau.

7. The Western Allegheny Plateau Ecoregion includes glaciated low, rounded hills, and wetlands and the unglaciated, hilly Allegheny Mountain at the southwestern-most end of the state.

The Adirondack Park, in northeastern New York, is the largest land protected "park" in the lower 48 states covering more that 6 million acres – an area greater than the Grand Canyon, Yellowstone, Glacier and Great Smoky Mountains National Parks put together. It differs from our National Parks in that over half of the area is privately owned. It contains the tallest mountain in NYS - Mount Marcy at 5,344 feet and a diversity of habitats including swamps, bogs, deciduous, coniferous and mixed forests, alpine summits, meadow/farmland, and lake, pond, river and stream habitats. 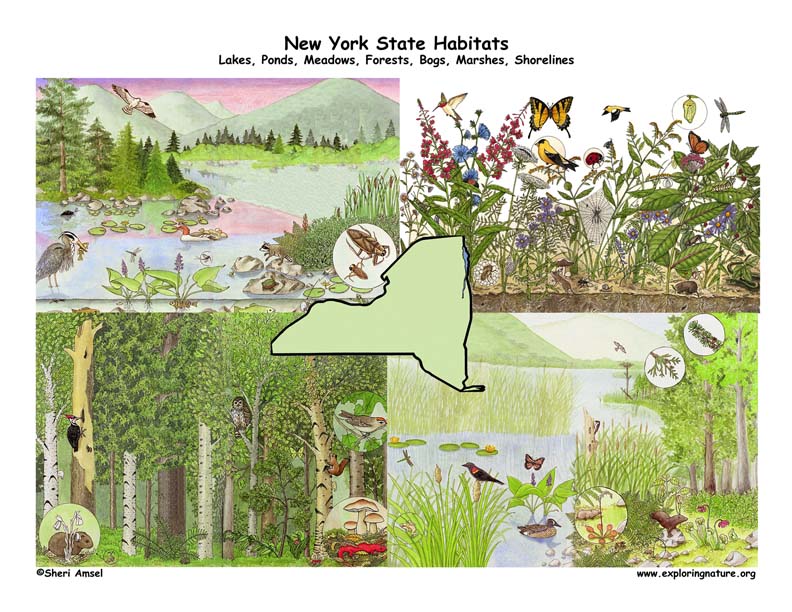 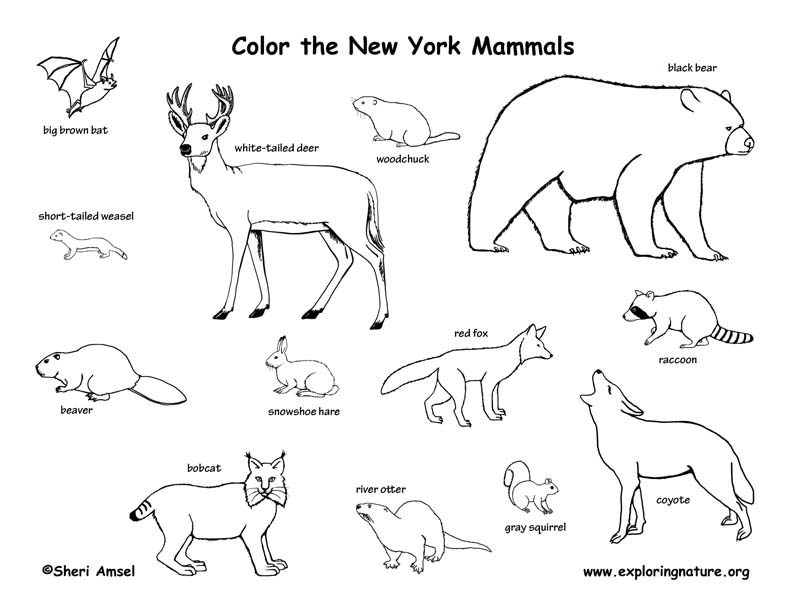 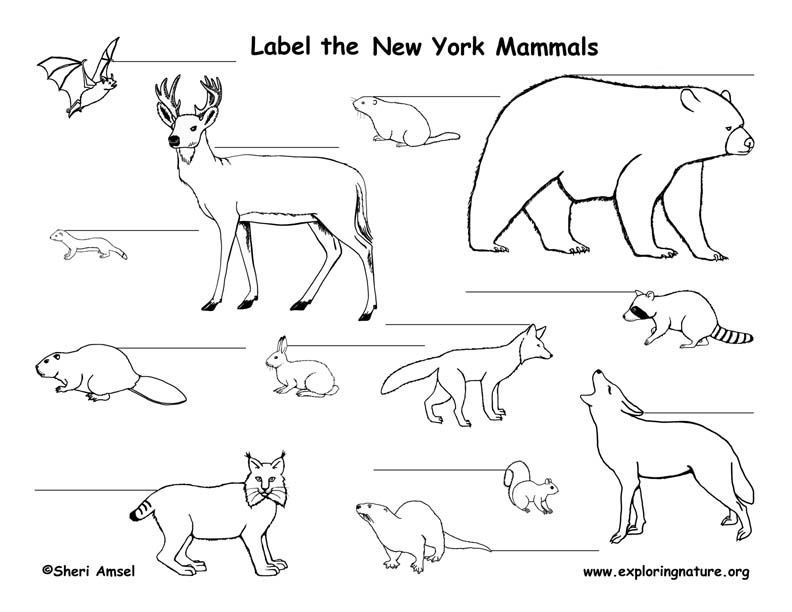 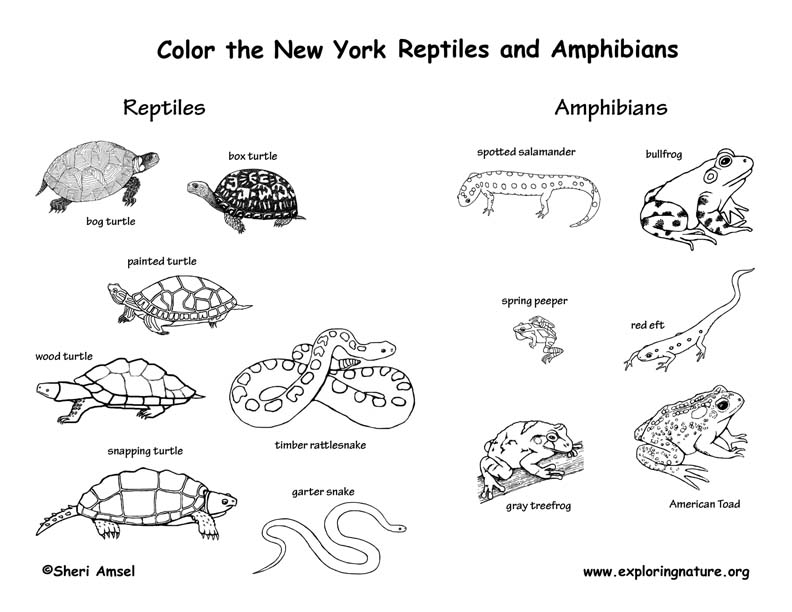 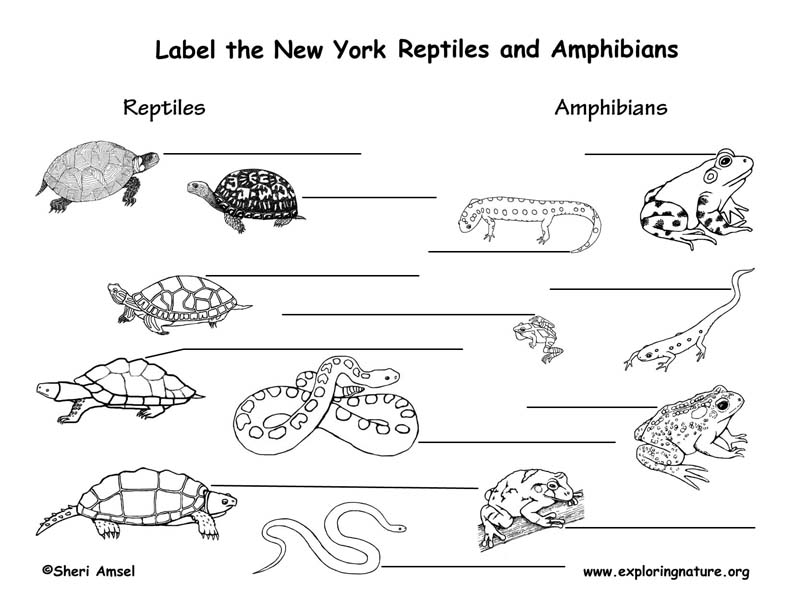 There are roughly 475 bird species be found in New York State. Birds often seasonally change locations so can be in one location for breeding, another for wintering, and others while migrating. They can also have been introduced or extirpated - which means no longer occurring in that area, but still existing in other locations. What follows is a bird list for New York State. There are live links for the birds that have detail pages – with latin name, natural history information and an illustrated diagram. 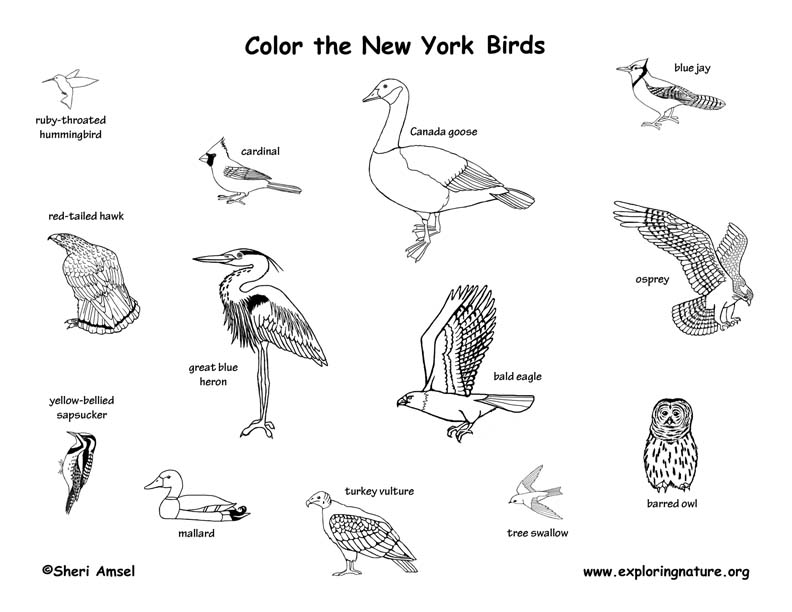 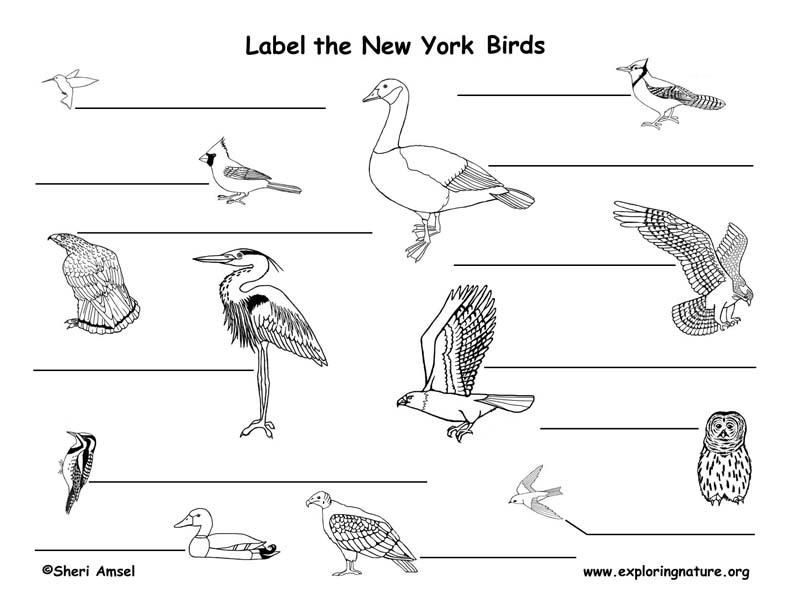 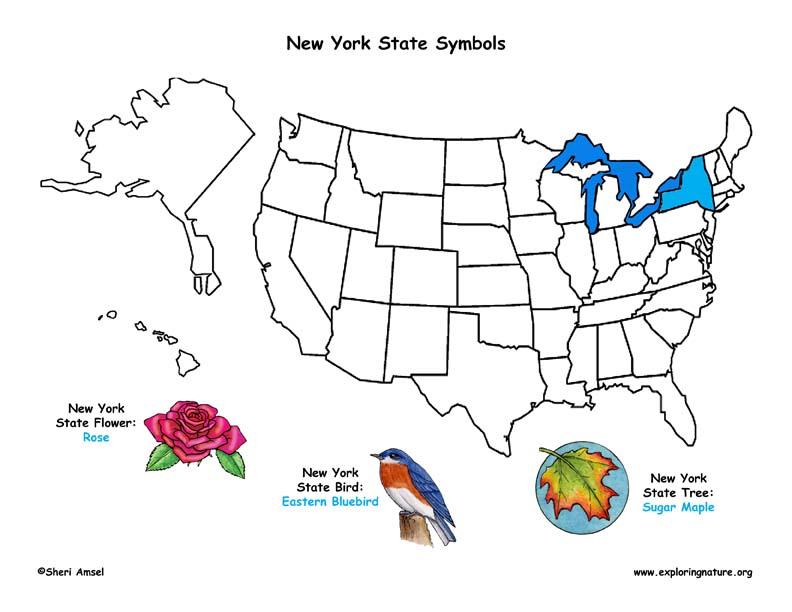 ©2005-2023 Sheri Amsel. All rights reserved.
The material on this site may not be reproduced, distributed, transmitted, cached or otherwise used for anything other than free educational use. It is not to be used for sale or profit of any kind. If you are unsure whether your use of site materials violates the exploringnature.org copyright, contact Sheri Amsel for prior written permission at sheri@exploringnature.org. Thank you for respecting copyright laws.
Site Developed by Eli Madden
Page ID: 796
IP: 35.173.35.14