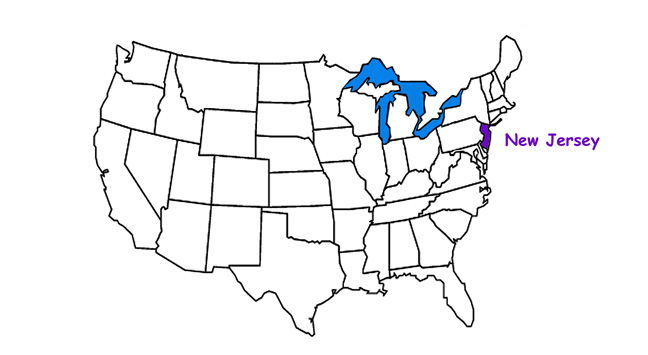 Wetlands
About 19% of New Jersey is considered wetland - about 916,000 acres. Wetlands are very important natural communities providing valuable wildlife habitat. They can stabilize shorelines and protect the land from storm surges and flooding. They act as filters for pollutants that run off the land from farms, towns and cities. Wetlands have historically been destroyed to make way for development - agriculture, roads, homes, recreation, etc. and New Jersey's wetlands have been no exception. The estimate is that 40% of New Jersey's original 1.5 million acres of wetlands have been lost to development.

More than half the wetlands in New Jersey are freshwater wetlands (also called palustrine) – about 67%.

Marshes have soft-stemmed plant matter like cattails and sedges that are often emergent (rising out of the water).

There are also smaller areas of shrubby wetlands, freshwater marshes, and wetland areas around lakes, farms and along waterways (flood plains).

The rest of the wetlands in New Jersey (33%) are saltwater wetlands or brackish (saltwater mixed with freshwater).

Salt marshes are vital, rich ecosystems and important habitat for many animals and plants. They act as a boundary between saltwater wetland habitats and dry land. They are rich with plants and animals life that can tolerate salt and the rising and falling tides. The matted roots of salt marsh plants help protect the coast from erosion and storm surges while polluted runoff from land is filtered before reaching the ocean. They are also an important niche for fish and invertebrate nurseries. It is estimated that 80% of New Jersey's coastal fish rely on tidal marshes for food and reproductive habitats.

An estuary is where freshwater rivers and streams reach the ocean and mix with the seawater. Estuaries are often protected from the open ocean by mudflats where low wave action results in a build up of sediments.

The mudflats protect the coastline from erosion and flooding and are important resting areas for migrating birds and wintering waterfowl. Building on the coast often destroys wetlands and with it the natural buffer between the land and the ocean.

Forest
New Jersey has about 2 million acres of forest covering 45% of the state. Much of New Jersey's population is concentrated in urban areas allowing a slow decline in forested land. In addition, there were more than 1.5 million acres of farmland in New Jersey in the mid-1900s and more than half of that has been lost to development or has reverted back to forest. This reforestation has offset the forests cleared around urban areas for growing development. Despite its rapid development, New Jersey has conserved land as State-owned parks, state forests, recreation areas, and other green space.

The Pinelands National Reserve is one of New Jersey's most important ecological regions. It covers 1.1 million acres (about 20%) of New Jersey and is found in 7 counties. It is considered the largest area of open space on the Mid-Atlantic seaboard between Richmond and Boston made up of upland forests of pitch pine and other fire-adapted species. There are 380,400 acres of wetland (35% of the Reserve) made up of Atlantic white cedar swamps, hardwood swamps, pitch pine lowlands, savannahs, and coastal marshes.

In 1979, New Jersey formed a state and federal partnership to preserve, protect and enhance the natural and cultural resources of the pinelands. In 1983, the area was designated a U.S. Biosphere Reserve by UNESCO, an agency of the United Nations. In 1988, it was recognized as a International Biosphere Reserve. 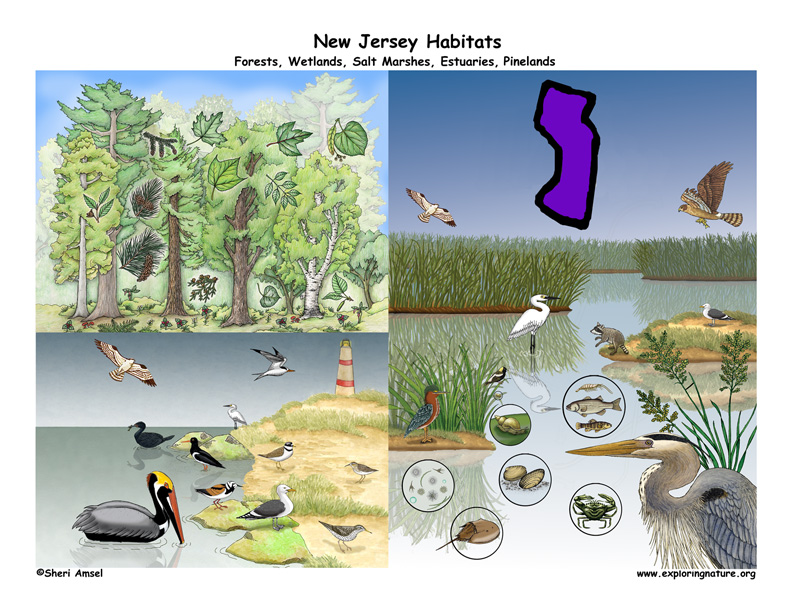 For more information about New Jersey's mammals (including Latin names) click on individual animal links or for another (off-site) resource: LINK 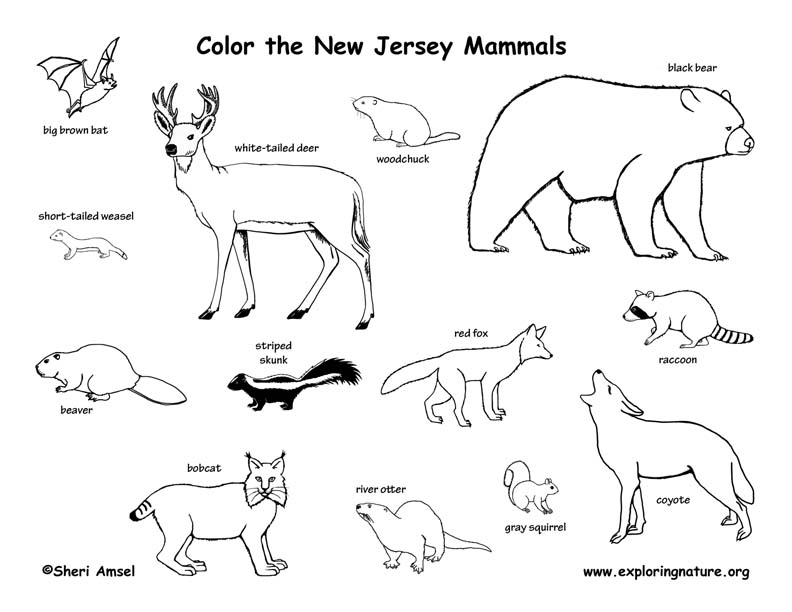 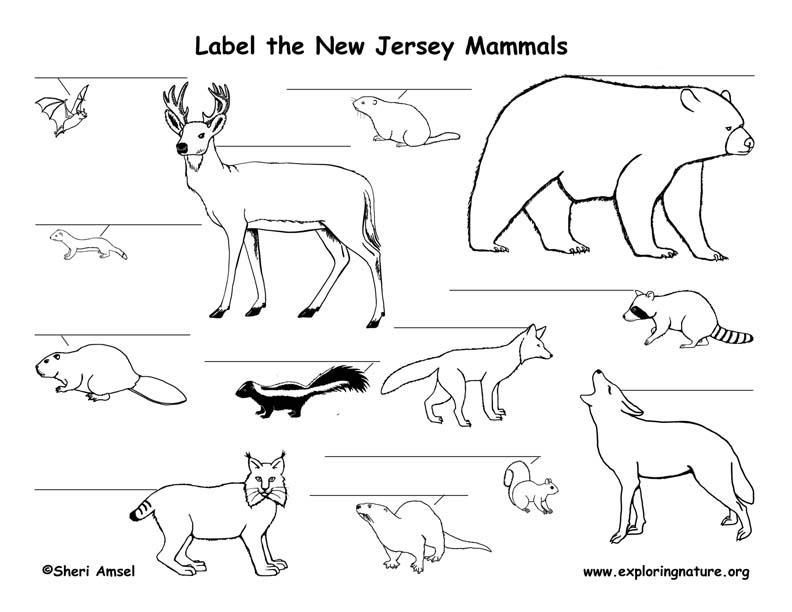 For more information about New Jersey's amphibians and reptiles (including Latin names) click on individual animal links or for another (off-site) resource: LINK 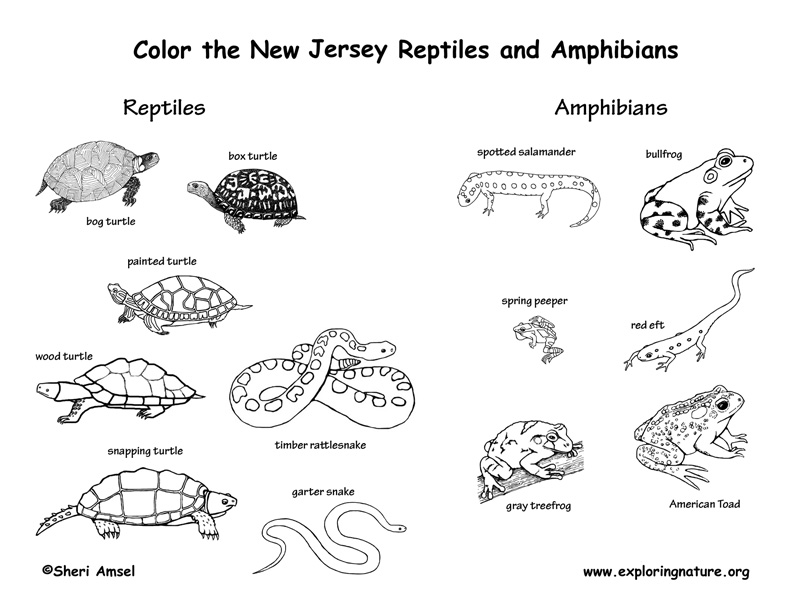 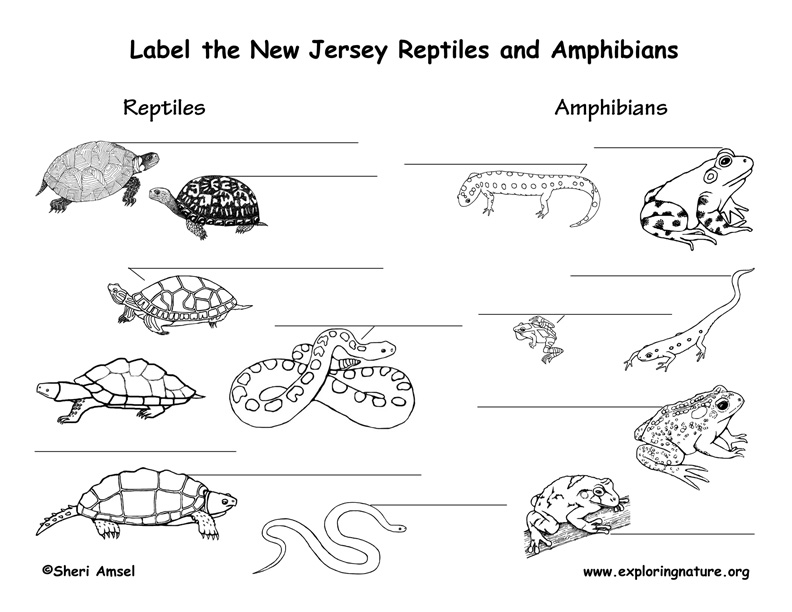 For more information about New Jersey's birds (including Latin names) click on individual animal links or for another (off-site) resource: LINK 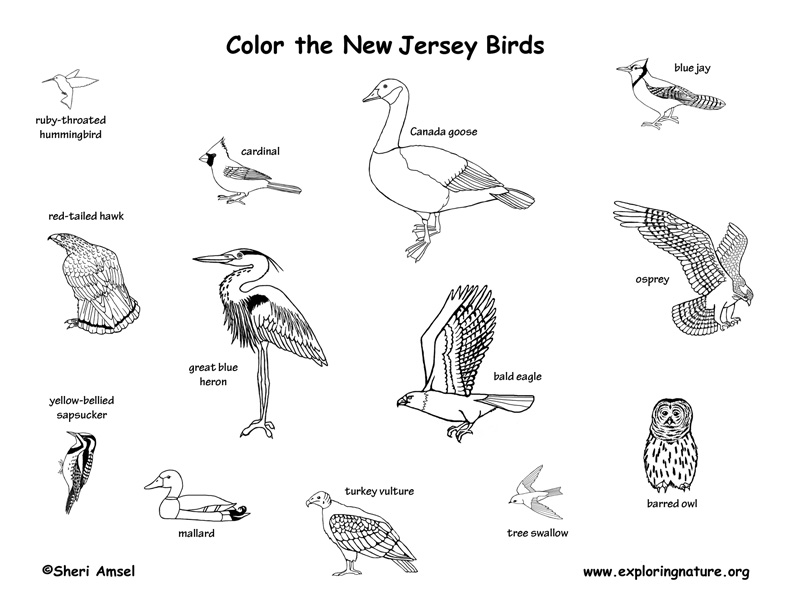 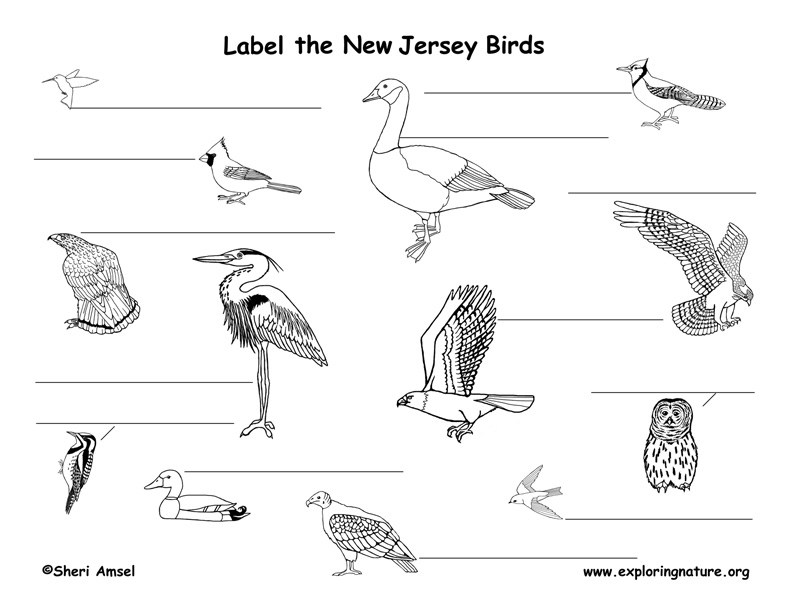 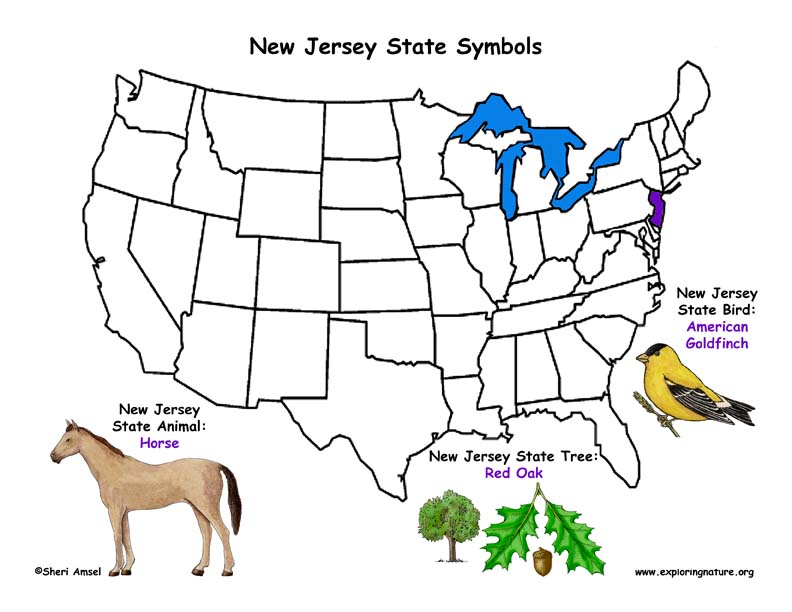 ©2005-2023 Sheri Amsel. All rights reserved.
The material on this site may not be reproduced, distributed, transmitted, cached or otherwise used for anything other than free educational use. It is not to be used for sale or profit of any kind. If you are unsure whether your use of site materials violates the exploringnature.org copyright, contact Sheri Amsel for prior written permission at sheri@exploringnature.org. Thank you for respecting copyright laws.
Site Developed by Eli Madden
Page ID: 815
IP: 3.239.119.61