NYS Standards with NGSS - MS Reproduction and Development of Organisms 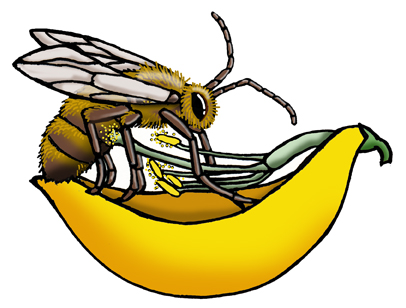 LS1.B: Growth and Development of Organisms
• Animals engage in characteristic behaviors that increase the odds of reproduction.
• Plants reproduce in a variety of ways, sometimes depending on animal behavior and specialized features for reproduction.
• Genetic factors as well as local conditions affect the growth of the adult plant.

Engaging in Argument from Evidence
Engaging in argument from evidence in 6–8 builds on K–5 experiences and progresses to constructing a convincing argument that supports or refutes claims for either explanations or solutions about the natural and designed world(s).
• Use an oral and written argument supported by empirical evidence and scientific reasoning to support or refute an explanation or a model for a phenomenon or a solution to a problem.

Constructing Explanations and Designing Solutions
Constructing explanations and designing solutions in 6–8 builds on K–5 experiences and progresses to include constructing explanations and designing solutions supported by multiple sources of evidence consistent with scientific knowledge, principles, and theories.
• Construct a scientific explanation based on valid and reliable evidence obtained from sources (including the students’ own experiments) and the assumption that theories and laws that describe the natural world operate today as they did in the past and will continue to do so in the future.

Cause and Effect
• Phenomena may have more than one cause, and some cause and effect relationships in systems can only be described using probability.

MS-LS1-3 From Molecules to Organisms: Structures and Processes
Students who demonstrate understanding can:

MS-LS1-4. Use argument based on empirical evidence and scientific reasoning to support an explanation for how characteristic animal behaviors and specialized plant structures affect the probability of successful reproduction of animals and plants respectively.
[Clarification Statement: Examples of behaviors that affect the probability of animal reproduction could include nest building to protect young from cold, herding of animals to protect young from predators, and vocalization of animals and colorful plumage to attract mates for breeding. Examples of animal behaviors that affect the probability of plant reproduction could include transferring pollen or seeds, and creating conditions for seed germination and growth. Examples of plant structures could include bright flowers attracting butterflies that transfer pollen, flower nectar and odors that attract insects that transfer pollen, and hard shells on nuts that squirrels bury.]

MS-LS1-5. Construct a scientific explanation based on evidence for how environmental and genetic factors influence the growth of organisms.
[Clarification Statement: Examples of local environmental conditions could include availability of food, light, space, and water. Examples of genetic factors could include large breed cattle and species of grass affecting growth of organisms. Examples of evidence could include drought decreasing plant growth, fertilizer increasing plant growth, different varieties of plant seeds growing at different rates in different conditions, and fish growing larger in large ponds than they do in small ponds.] [Assessment Boundary: Assessment does not include genetic mechanisms, gene regulation, or biochemical processes.]

Reproduction and Development of Organisms

LE4.1c Methods of sexual reproduction depend upon the species.  All methods involve the merging of sex cells to begin the development of a new individual. In many species, including plants and humans, eggs and sperm are produced.

LE4.1d Fertilization and/or development in organisms may be internal or external.

LE4.3a Multicellular organisms exhibit complex changes in development, which begins after fertilization.  The fertilized egg undergoes numerous cellular divisions that will result in a multicellular organism, with each cell having identical genetic information.

LE4.3b In humans, the fertilized egg grows into tissue which develops into organs and organ systems before birth.

LE4.3c Various body structures and functions change as an organism goes through its life cycle.

LE 4.3d Patterns of development vary among animals.  In some species the young resemble the adult, while in others they do not.  Some insect ad amphibians undergo metamorphosis as they mature.

LE4.3e Patterns of development vary among plants.  In seed bearing plants, seeds contain stored food for early development.  Their later development into adulthood is characterized by varying patterns of growth from species to species.

©2005-2022 Sheri Amsel. All rights reserved.
The material on this site may not be reproduced, distributed, transmitted, cached or otherwise used for anything other than free educational use. It is not to be used for sale or profit of any kind. If you are unsure whether your use of site materials violates the exploringnature.org copyright, contact Sheri Amsel for prior written permission at sheri@exploringnature.org. Thank you for respecting copyright laws.
Site Developed by Eli Madden
Page ID: 1917
IP: 34.236.192.4