Thick filaments are made of about 200 Myosin molecules (contractile proteins) bundled together.

Each Myosin molecule has a tail and two globular heads (or myosin cross bridges). The Myosin heads contain ATPases (to split ATP) and ATP binding sites.

Thin filaments are made up of Actin. G-actin (globular actin) are active sites to which the myosin cross-bridges can bind during muscle contraction.

Long strands of the G-actin beads form F-actin (fibrous actin) strands. The backbone of each thin filament is two of these strands of F-actin coiled around each other. 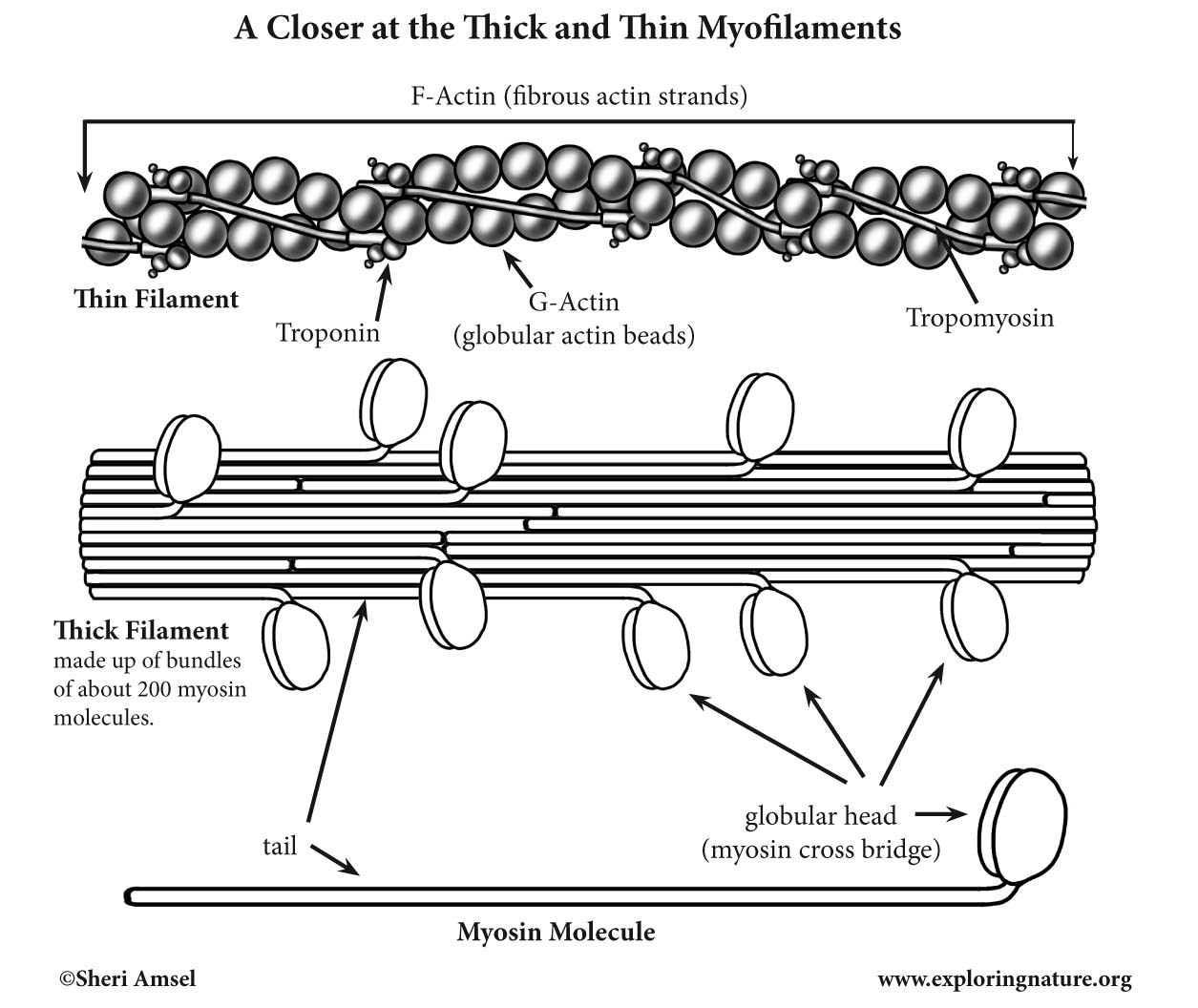 Closer Look at the Thin and Thick Filaments of a Myofibril

Where the thin and thick filaments over lap, the thick filaments have globular heads (myosin cross bridges) that, during muscle contraction, will grab onto the G-Actin sites on the thin filaments and pull them toward the center of the sarcomere, shortening them.

When muscles are relaxed, the center of a sarcomere has a gap in the thin filaments – called the H-Zone. Here the thick filaments have no globular heads (myosin cross bridges), because there are no G-Actin sites to grab onto during contractions. 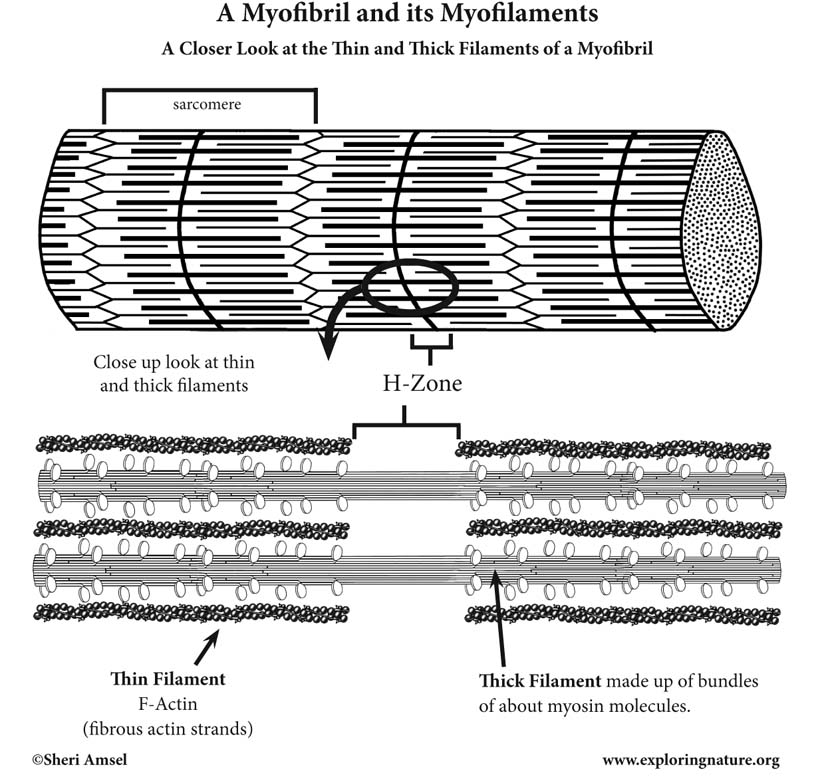 ©2005-2022 Sheri Amsel. All rights reserved.
The material on this site may not be reproduced, distributed, transmitted, cached or otherwise used for anything other than free educational use. It is not to be used for sale or profit of any kind. If you are unsure whether your use of site materials violates the exploringnature.org copyright, contact Sheri Amsel for prior written permission at sheri@exploringnature.org. Thank you for respecting copyright laws.
Site Developed by Eli Madden
Page ID: 5034
IP: 34.231.21.105