Read about the sugaring process for making maple syrup and color a Maple Sugar Coloring Page.

In the middle of February, when most farmers are just ordering seeds, maple syrup producers are harvesting their product in the woods. Maple syrup is made from the sap collected from sugar maple trees – common throughout the northeastern United States and southeastern Canada.

When is it done?
Maple syrup producers collect the sap when it flows in the spring. The flow of sap is brought on by freezing temperatures at night followed by warm days. Most of the flow happens in the morning and begins to slow after noon. If a sudden cold snap keeps the days below freezing, the sap flow will stop for a time. The length of sugaring season varies. When the nights become warm enough not to freeze and the buds on the maple trees burst, sugaring season is over.

Then they collect the sap. For many generations, maple sap was collected in metal buckets with lids to keep rain water, bark and other debris out of the sap. Now many producers use plastic tubing. The tubing collects sap from many trees into one sap tank down on a road for easy transport. This allows sap collection without the labor of going from tree to tree, often in deep snow, to collect sap and carry it out.

Good cold nights and warm days makes for a good sugaring season. With good sugaring temperatures, each tap can produce up to 12 gallons of sap during the few weeks of one season. The sap only contains about 2% sugar so must be boiled down to become the sweet, sticky syrup we use on pancakes. It can take up to 40 gallons of sap to make one gallon of maple syrup!

Where is it done?
Maple syrup producers boil the syrup in large shallow sugaring pans outdoors or in a “sugar house.” The water evaporates from the sap and it thickens and turns amber brown. As it thickens it also begins to taste more like maple. But making maple sugar is not an easy task. The pan is filled with sap and a hot fire is made underneath it and kept going until the sap boils into syrup. As the water from the sap evaporates, more sap is added until the mixture is thick enough to be considered syrup.

What is the final product?
Maple syrup is finished when it boils at 7 degrees above the boiling point of water. The final product is 66% sugar from the original 2% sugar of the sap. When the syrup in the pan reaches this critical moment, the fire must be quickly put out, before the syrup can burn. It is not unusual for syrup producers to be up all night tending a critical syrup batch that is reaching completion.

After it is complete, the syrup is filtered and poured into jugs that will be sealed for storage and sale. Maple syrup production is hard work, has a very short season, with limited return and can only be produced in areas that have a lot of sugar maples (the northeastern United States and Canada). This makes maple syrup an expensive product that is highly valued. It tastes good too!

For more information about sugaring in New York, go to: adirondackmaplesyrup.com 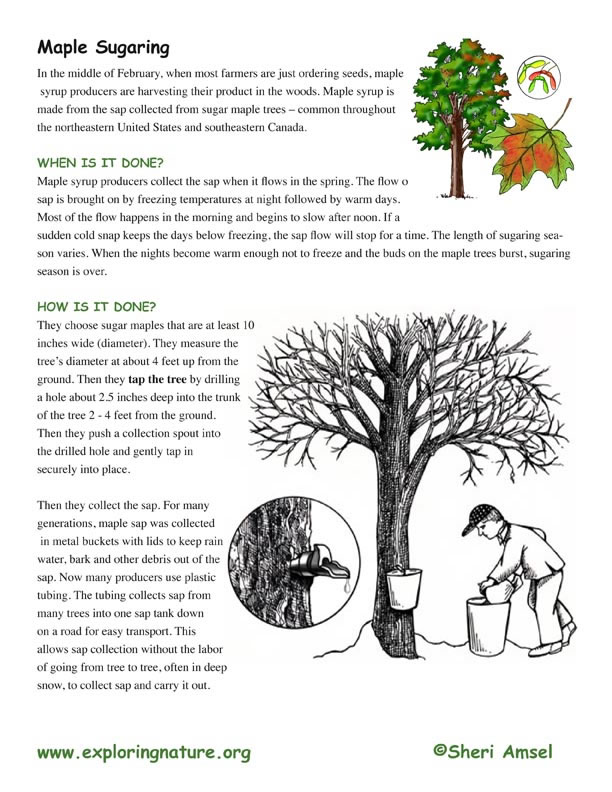 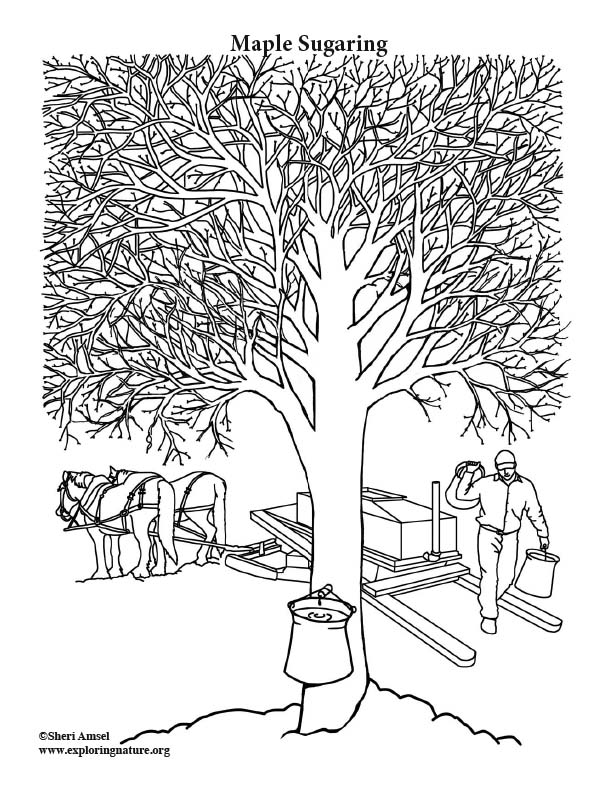 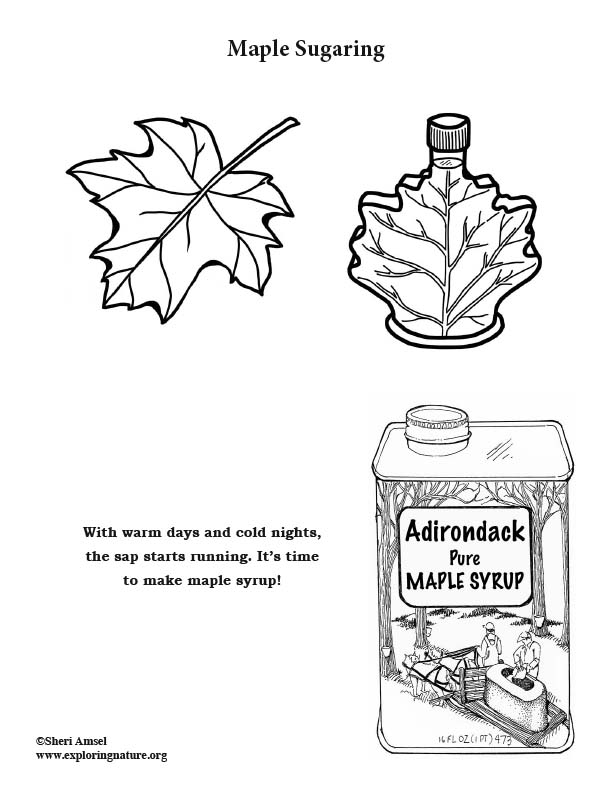 ©2005-2023 Sheri Amsel. All rights reserved.
The material on this site may not be reproduced, distributed, transmitted, cached or otherwise used for anything other than free educational use. It is not to be used for sale or profit of any kind. If you are unsure whether your use of site materials violates the exploringnature.org copyright, contact Sheri Amsel for prior written permission at sheri@exploringnature.org. Thank you for respecting copyright laws.
Site Developed by Eli Madden
Page ID: 1260
IP: 3.239.119.61