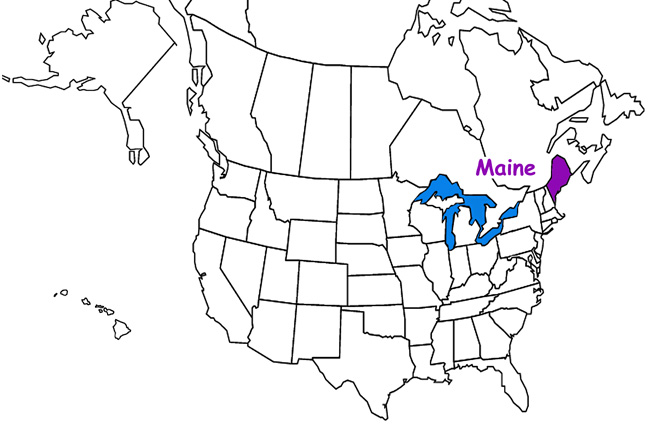 • Maine's forests are very diverse with  Spruce - Fir - Northern Hardwoods Forests over most of the northern half of the state.

• A narrow belt of coniferous forest along the coastline make up the Maritime Forest.

• White Pine - Mixed Hardwoods Forests lie between the deciduous forests of southern Maine and the spruce-fir or northern hardwood forests of northern Maine - so are called Transitional Forest.

• In southern Maine, along the Atlantic coastal plain are Coastal Plain Basin Swamps.


Wetlands
Maine has a wide variety of wetlands that are freshwater, salt water and in between – brackish.

Wet meadows are very wet for part or most of the year with plants and shrubs that tolerate "wet feet" like steeplebush, meadowsweet, willows, and speckled alder.

Generally, swamps are characterized by trees (as opposed to marshes and bogs). There are both deciduous forest swamps and evergreen swamps in Maine. The deciduous swamps have red maple, larch, ash, yellow and gray birch, and American elm with some white pines throughout. Around them on the swamp floor grow shrubs like highbush blueberry, sheep laurel, chokeberry, mountain holly, elderberry, and dogwood and plants like skunk cabbage, jack-in-the-pulpit, and ferns. These swamps can be dense and difficult to explore.

Peat Bogs are wet year round and tend to be nutrient poor. They grow shrubs like leatherleaf, sheep and bog laurel, labrador tea, huckleberry, and cranberries and plants like white-fringed orchids, cotton-grasses, and bog goldenrod. There may also be insectivorous sundews and pitcher-plants. Forested bogs have black spruce, balsam fir, and larch as well.

Alpine
Maine has mountain top alpine habitats that are above treeline (above 3500'). These extreme habitats have only low and often sparse vegetation due to the harsh environment. Low mats of dwarfed alpine shrubs like alpine bilberry, mountain-heath, diapensia, Labrador tea, and crowberry. These habitats are so fragile that hikers are asked to stay on paths and rocks and not tread on the plant-life.

For more information about Maine Habitats go to: LINK 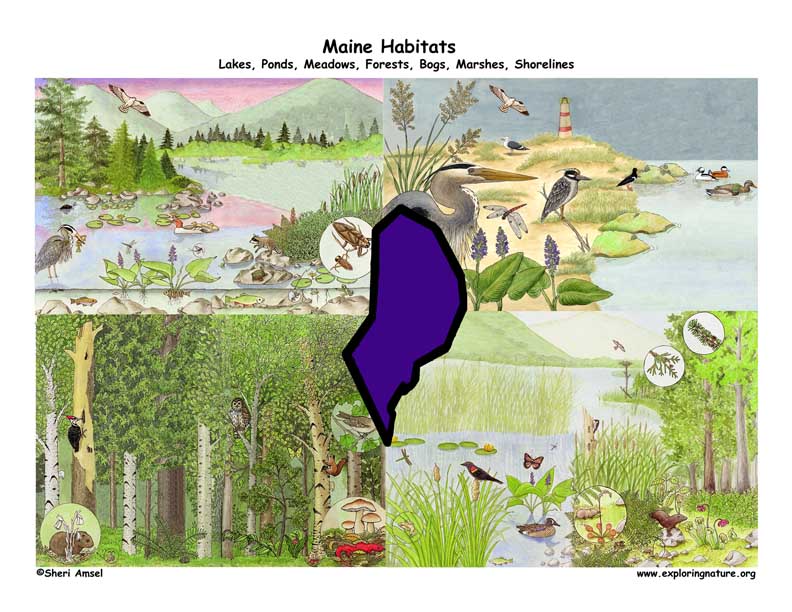 For more information about Maine's mammals (including Latin names) click on individual animal links or for another resource: LINK 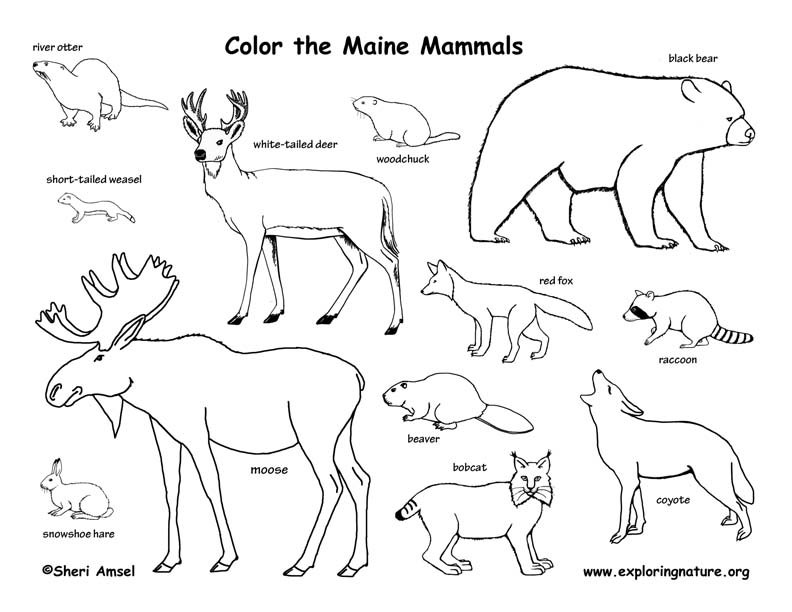 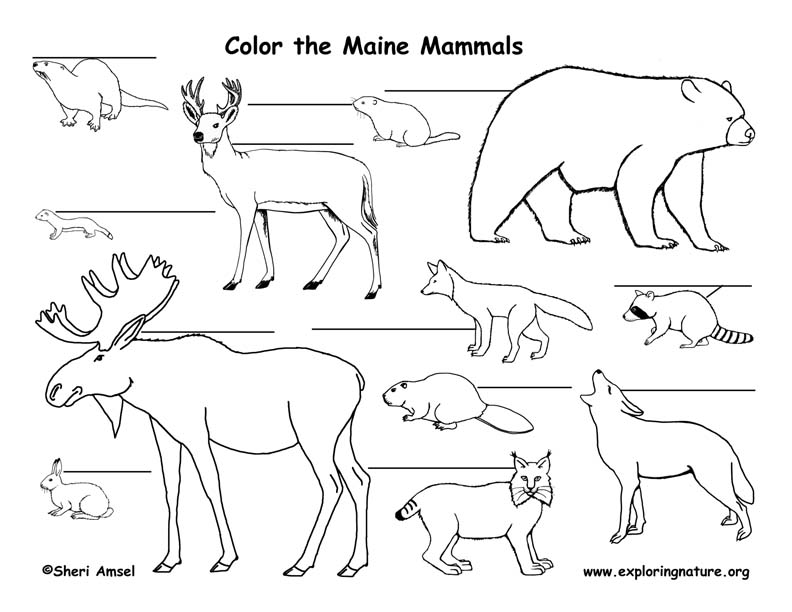 For more information about Maine's amphibians and reptiles (including Latin names) click on individual animal links or for another resource: LINK 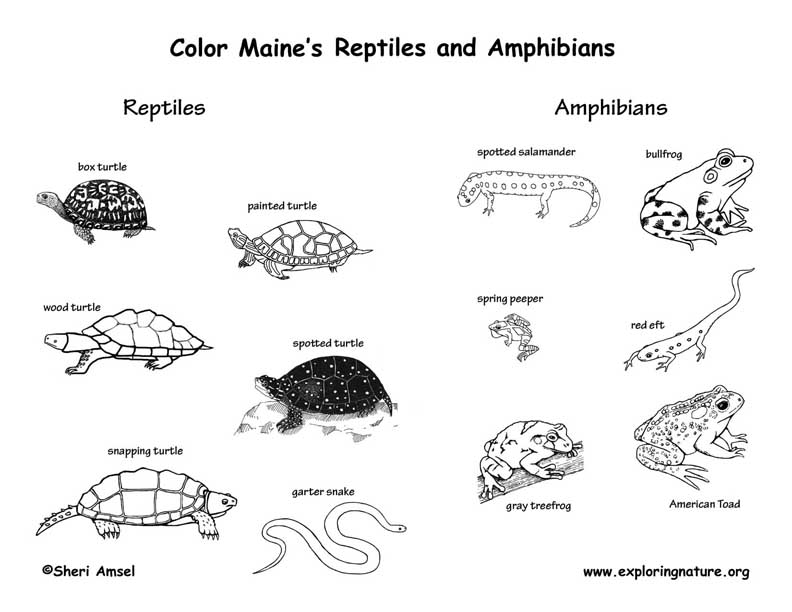 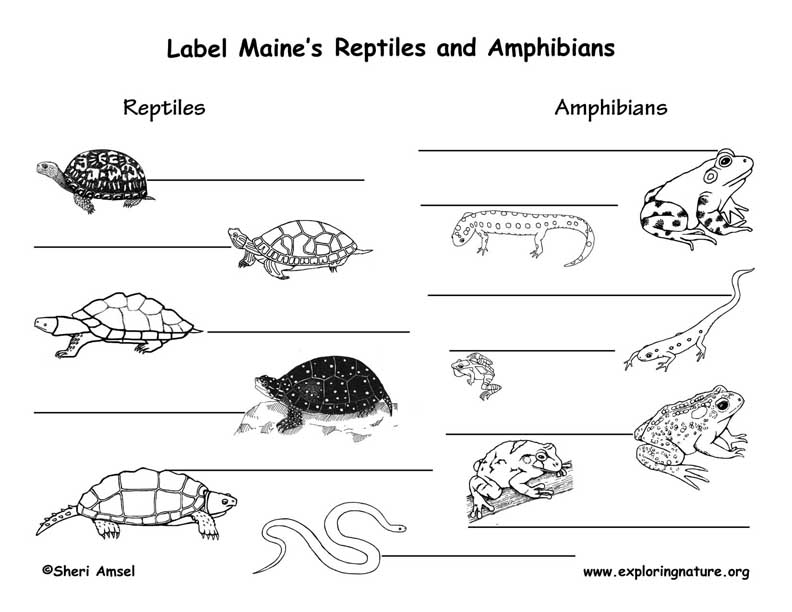 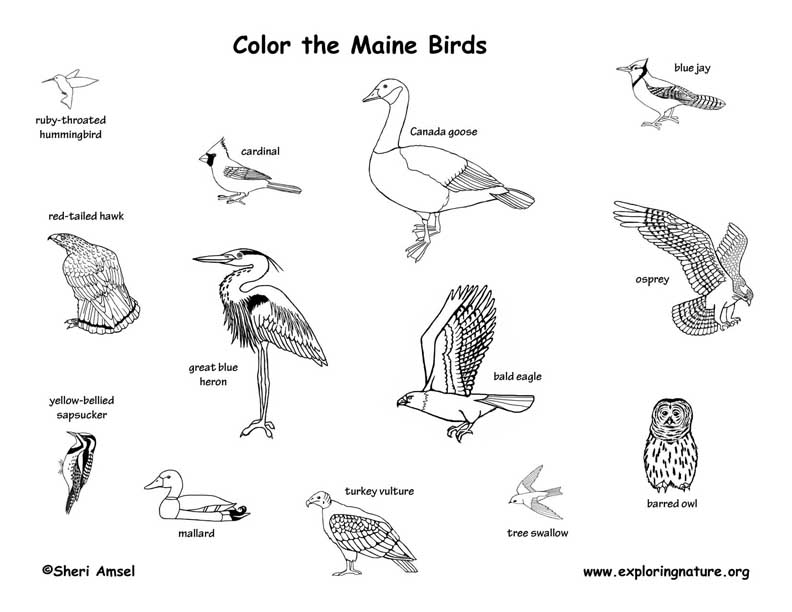 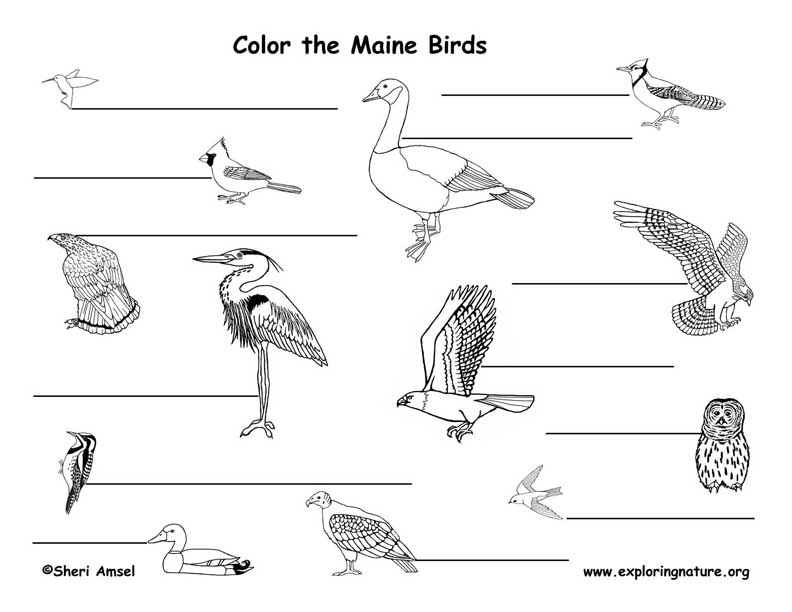 ©2005-2022 Sheri Amsel. All rights reserved.
The material on this site may not be reproduced, distributed, transmitted, cached or otherwise used for anything other than free educational use. It is not to be used for sale or profit of any kind. If you are unsure whether your use of site materials violates the exploringnature.org copyright, contact Sheri Amsel for prior written permission at sheri@exploringnature.org. Thank you for respecting copyright laws.
Site Developed by Eli Madden
Page ID: 811
IP: 18.208.132.74