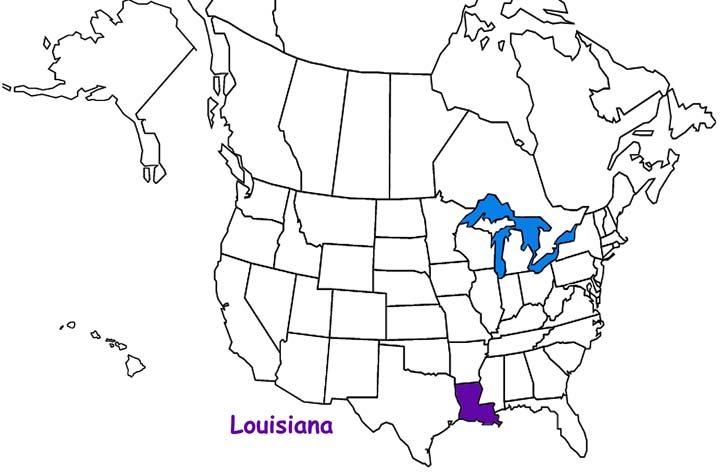 Grasslands
Louisiana has some remaining grasslands, though much of it has been destroyed by agriculture and development.
The coastal prairie is found along the coastal plain of southwestern Louisiana and is the southernmost tip of the tallgrass prairie that is found in the Midwestern U.S. It was the home to herds of bison, pronghorn antelope and red wolves as well as many smaller mammals, birds and insects. The coastal prairie of Louisiana once covered a million acres, but only 1% remains today - less than 250 acres. The rest was lost to farming and development. Another danger to the remaining coastal prairie is the invasion of non-native plants that compete with the native species. The U.S. Fish and Wildlife Service (USFWS) has made restoration of the coastal prairie one of their top priorities for this region as have other groups (Louisiana Nature Conservancy, Louisiana Heritage Program, Cajun Prairie Restoration Society).
There are also coastal dune grasslands above the tideline in the dunes along the coastline. These grasslands are subjected to repeated battering from hurricanes so must be able to tolerate flooding and saltwater.
Other small grasslands are scattered throughout the state. They are called barrens, clay prairies, saline prairies and slicks. They typically have very acidic soil that may also be salty. They can be kept open by fire or are just too acidic for tree growth.

Louisiana has about 40% of the coastal wetlands (of the lower 48 states) in the U.S. Wetlands and very important habitats. They provide valuable wildlife habitat, stabilize shorelines and protect the land from storm surges and flooding. They act as filters to pollutants that run off the land from farms, towns and cities. Despite this, they have been drained and destroyed all over the U.S. until just recently. Scientists think that as much as 50% of the wetlands in the U.S. are already gone.

Salt marshes are vital, rich ecosystems and important habitat for many animals and plants. They act as a boundary between saltwater wetland habitats and dry land. They are rich with plants and animals life that can tolerate salt and the rising and falling tides. The matted roots of salt marsh plants help protect the coast from erosion and storm surges while polluted runoff from land is filtered before reaching the ocean. They are also an important niche for fish and invertebrate nurseries.

Mangroves are important wetlands for all the reasons already mentioned - they are vital wildlife habitat and offer shoreline protection from erosion and storm surges. They only exist in southern climates and many animals nest and feed among their roots and thick vegetation including osprey, pelican, eagles, herons, ibis, egrets, spoonbills, snails and lizards. Underwater animals like fish, crabs, sea turtles, sponges, shrimp, alligators and even dolphins make use of the mangrove's tangled roots to find safe places to feed or protect young.

Louisiana's freshwater wetlands include marshes, swamps, forested wetlands, bogs, wet prairies, prairie potholes, and vernal pools. The term bayou can refer to any slow-moving stream or wetland found in flat, low-lying areas that may rise and fall with the tide. Bayous are often associated with Louisiana's Mississippi River delta region.

Only 9% of the state's forest is owned by the public, while 81% is owned privately. Industries that create wood products own 10% of Louisiana's forest and trees are the state's largest "crop" making up almost 70% of the plant products grown in Louisiana. 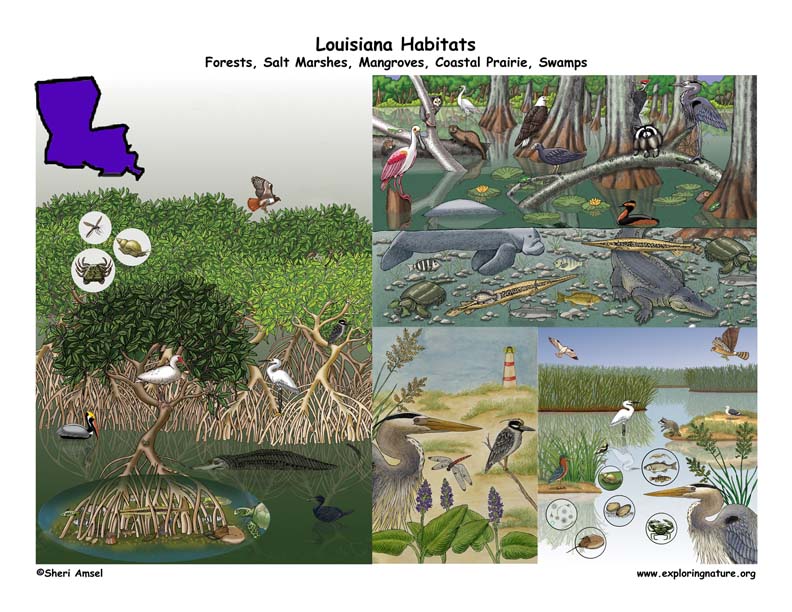 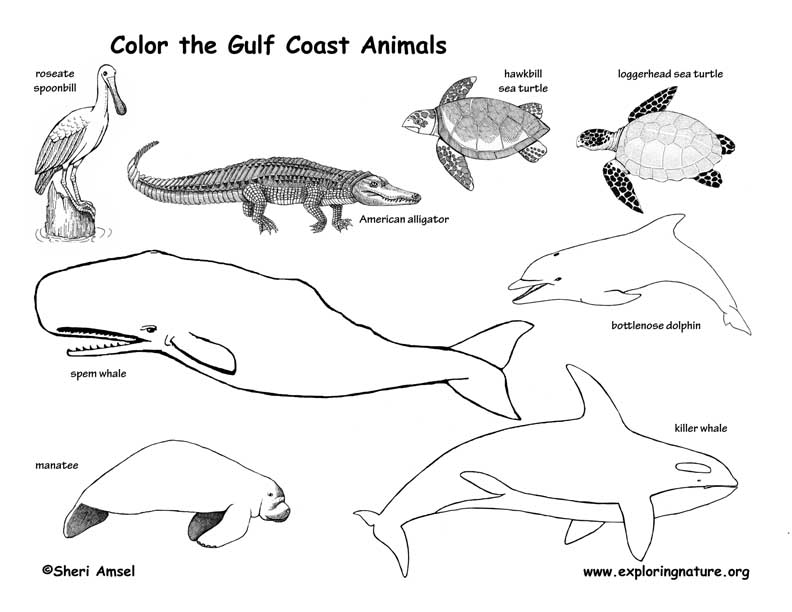 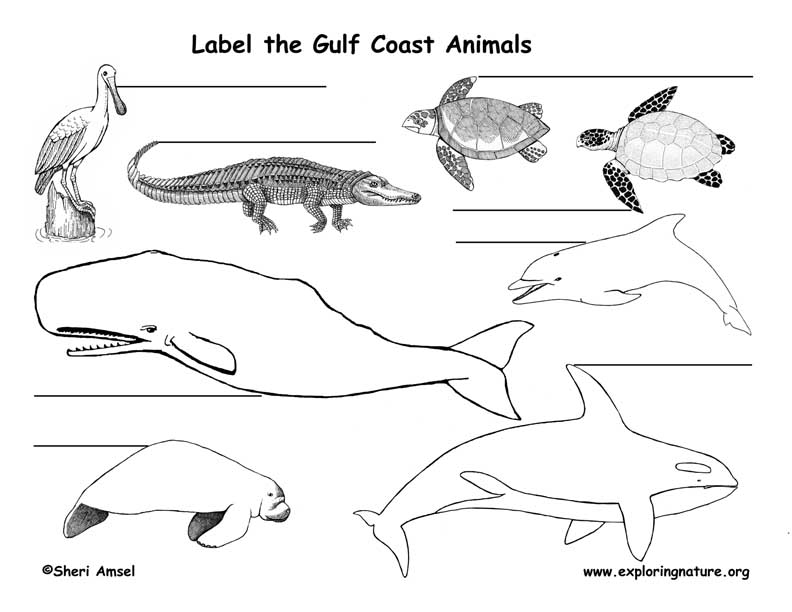 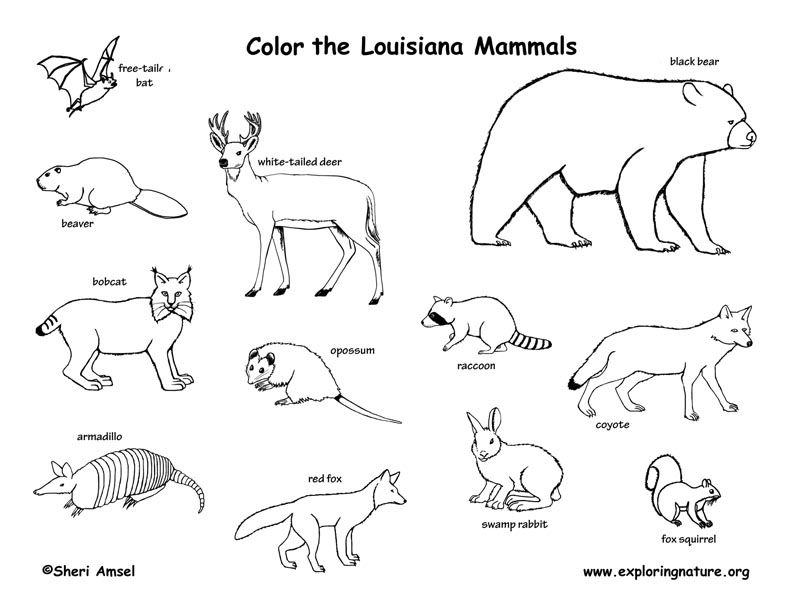 For more information about Louisiana's snakes (including Latin names) click on individual animal links or for another (off-site) resource: LINK 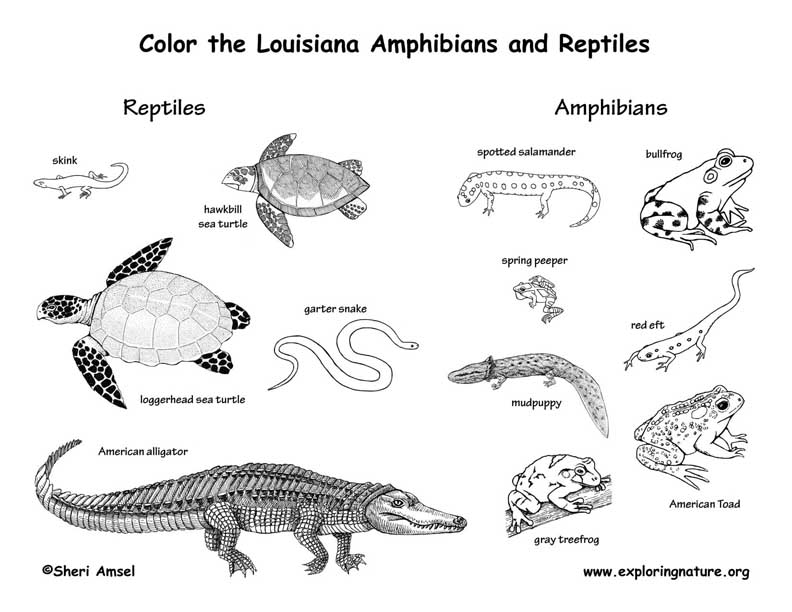 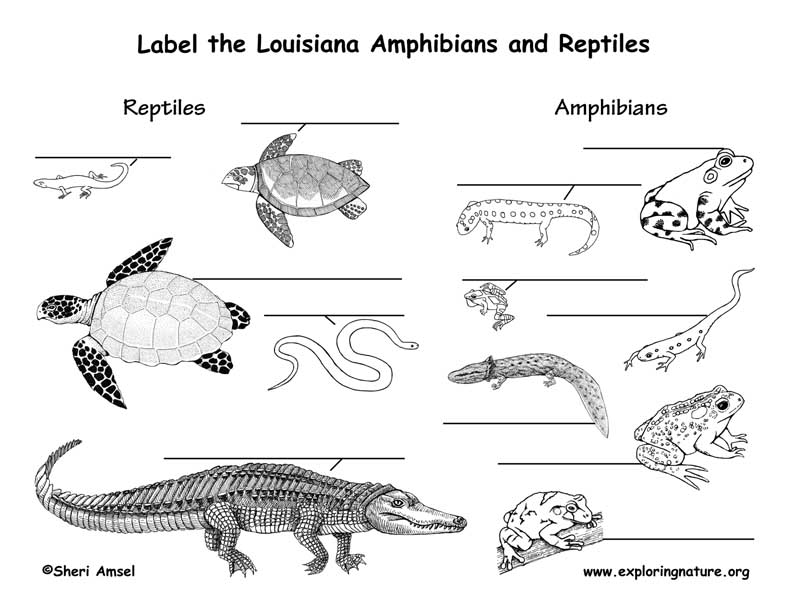 For more information about specific birds and an illustrated diagram, check our bird database. 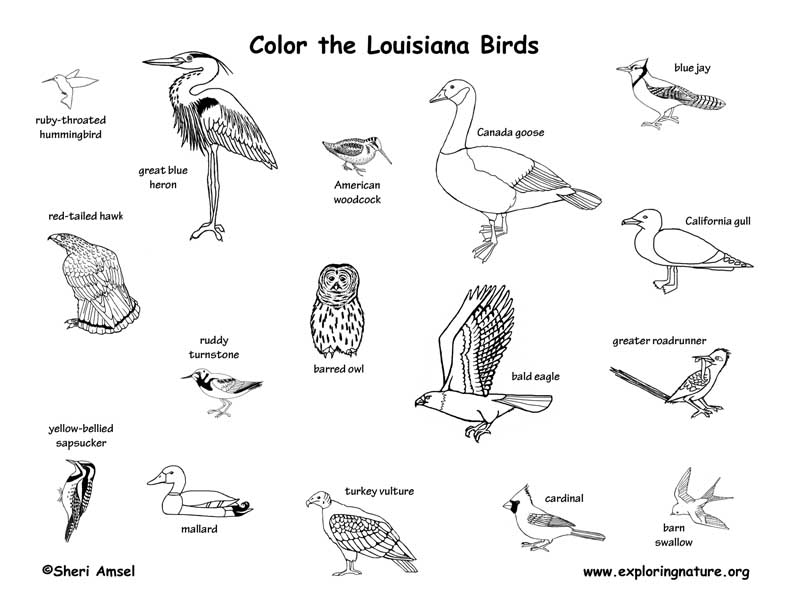 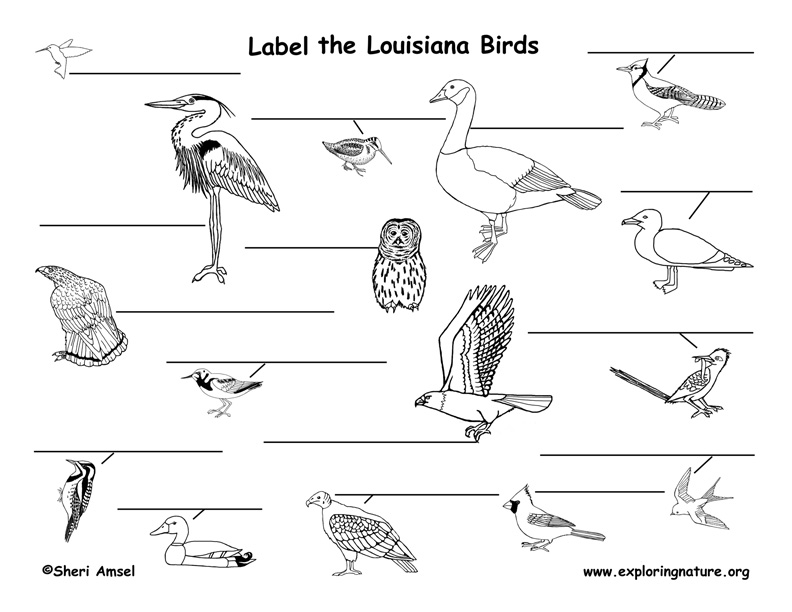 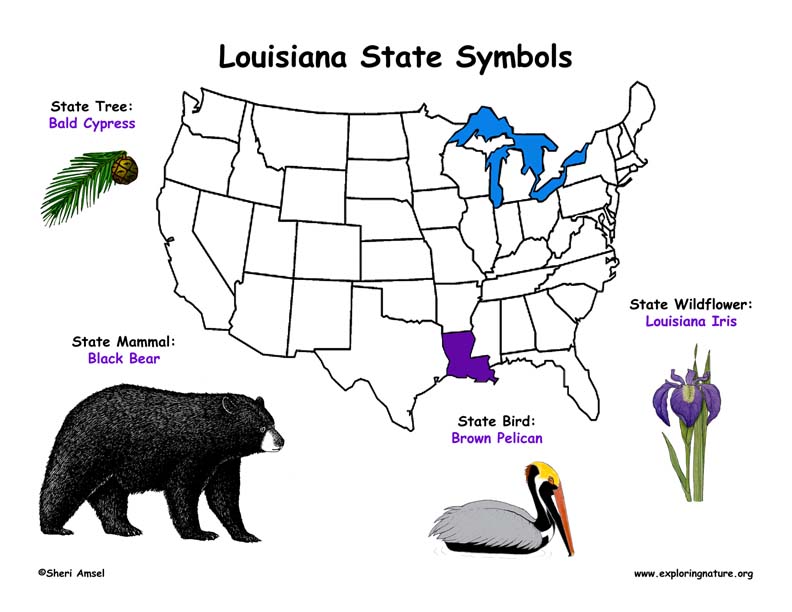 ©2005-2022 Sheri Amsel. All rights reserved.
The material on this site may not be reproduced, distributed, transmitted, cached or otherwise used for anything other than free educational use. It is not to be used for sale or profit of any kind. If you are unsure whether your use of site materials violates the exploringnature.org copyright, contact Sheri Amsel for prior written permission at sheri@exploringnature.org. Thank you for respecting copyright laws.
Site Developed by Eli Madden
Page ID: 827
IP: 3.238.136.36