There are many groups of animals. Insects are in one group, called a Class. Most Insects share some traits.

Insects have some body parts that show they are insects.

They have three body parts – a head, thorax and abdomen.

They have one pair of antennae.

They have two pairs of wings.

They have three pairs of legs.

They often have large, compound eyes.

One way, when the young hatch from their eggs, they look like little adults. They are called nymphs. As they grow, they push off their hard outer shell, called an exoskeleton. Each new size is called an instar. (This is called incomplete metamorphosis.) Insects, such as grasshoppers, grow this way.

Most insects, grow in the other kind of metamorphosis, called complete metamorphosis. In this way, when the young hatch from their eggs, they don't look like their parents. They are little caterpillars, called larvae. The caterpillars eat and grow until they get big. Then they form a protective covering called a cocoon or chrysalis. Inside their chrysalis, their body breaks down and changes into the adult form. This is called pupation. Insects like moths and butterflies grow this way.

Though many insects are pests, some are really important to humans. The insects that are important to man include bees that pollinate our plants so our crops grow our food. Other types of insects, such as flies and ants, decompose our waste. Other insects make things, like honey and silk.

Insects are broken down into more than 25 smaller groups (Orders).

(A focus on Insect Orders = Groups) 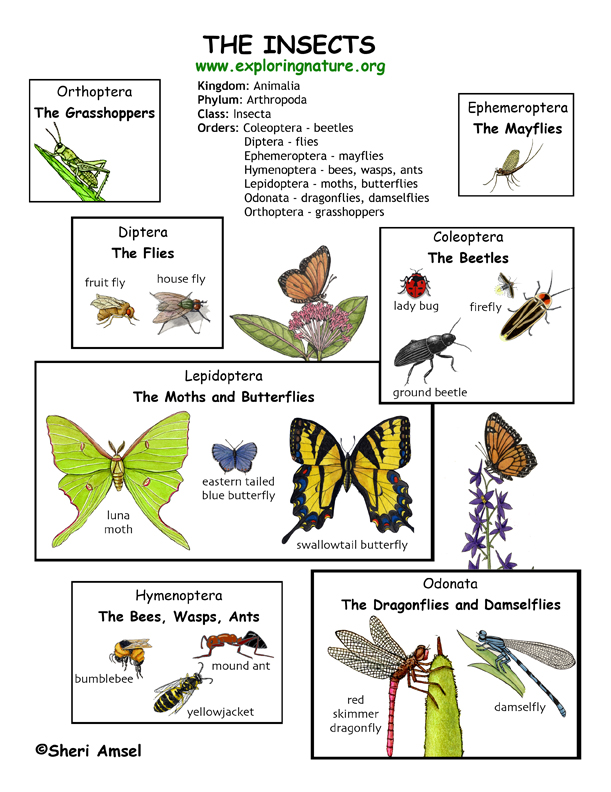 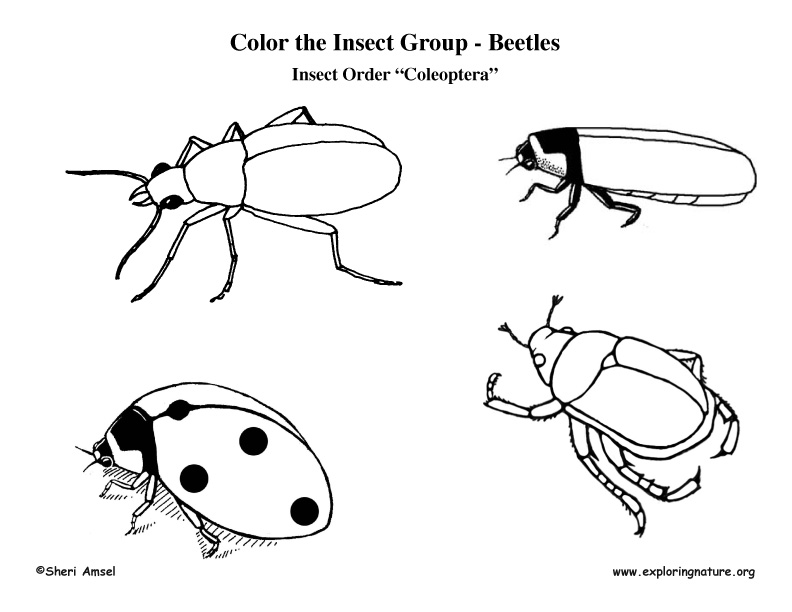 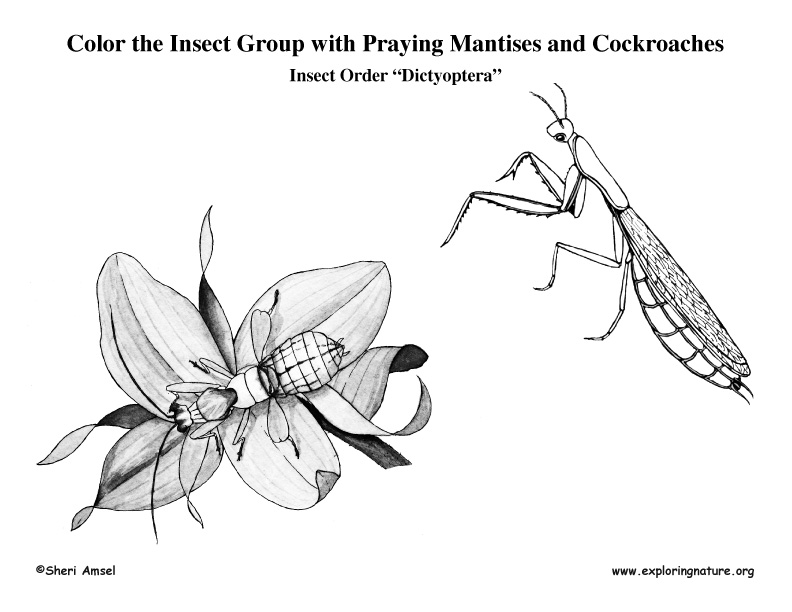 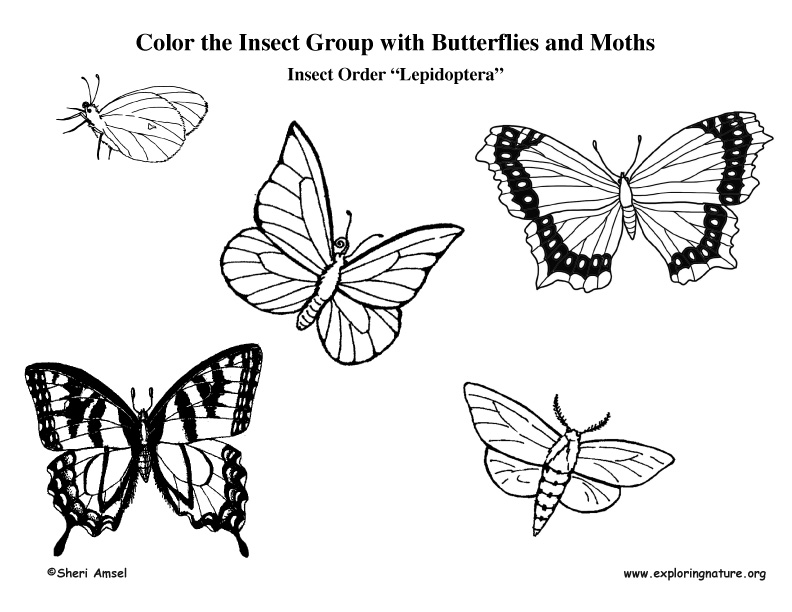 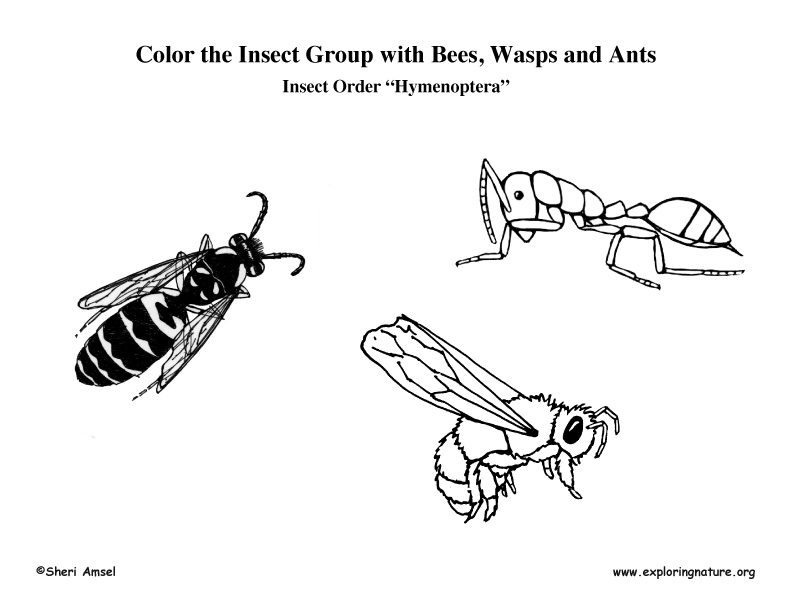 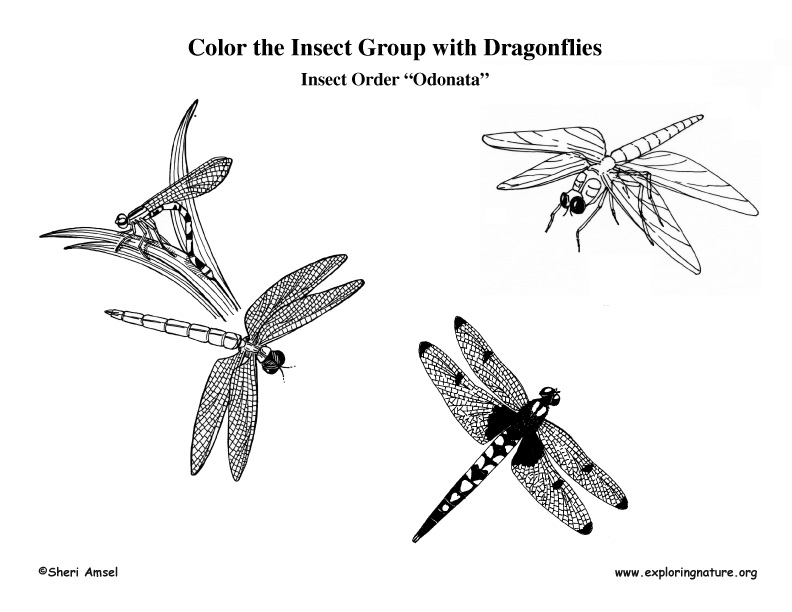 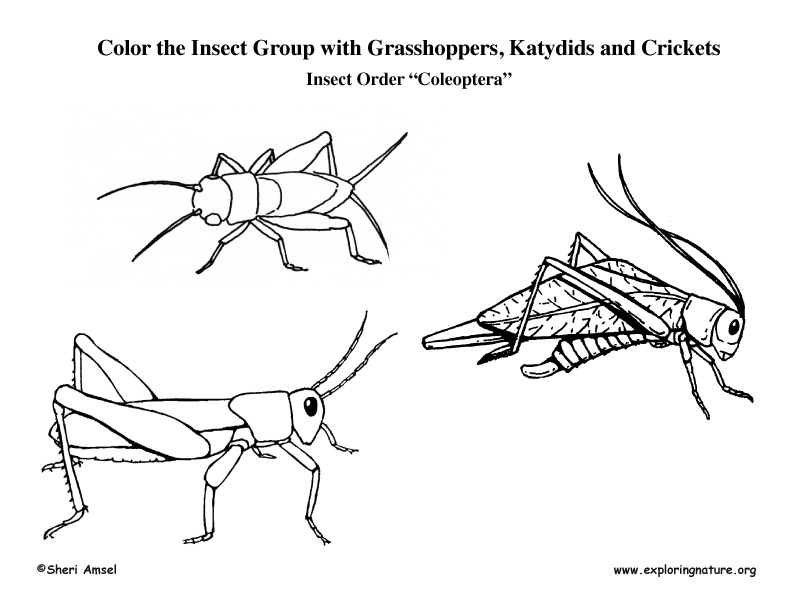 ©2005-2022 Sheri Amsel. All rights reserved.
The material on this site may not be reproduced, distributed, transmitted, cached or otherwise used for anything other than free educational use. It is not to be used for sale or profit of any kind. If you are unsure whether your use of site materials violates the exploringnature.org copyright, contact Sheri Amsel for prior written permission at sheri@exploringnature.org. Thank you for respecting copyright laws.
Site Developed by Eli Madden
Page ID: 664
IP: 3.225.221.130