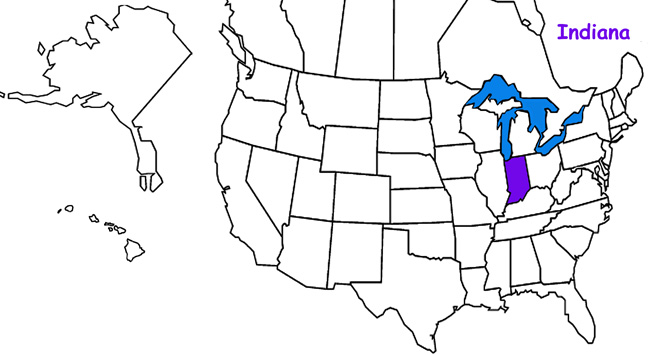 Indiana is  a state with diverse natural habitats including lakes, forests, prairie, caves and wetlands.

Forests
About 21% of Indiana is forested (about 5 million acres) with 87% of it owned privately. Most of Indiana's forest is hardwood. The dominant forest type is oak/hickory (70%), although there is also elm/ash/cottonwood forest (10%).

Grasslands
Indiana was once part of North America's tall grass prairie habitat that stretched from Iowa and Missouri to central Ohio. This habitat was not just tall grass but a mix of grasses, shrubs (like prairie willow) and small trees (like bur oak). Prairie habitats did not grow into forest because of lack of moisture in some places and regular wild fires in others. Regular fires started by lightning (and there is some evidence that Native Americans burned them as well) which killed trees and shrubs but did not hurt the grasses with their long underground root systems. After a fire, the grasses were quick to regrow and even seemed more vigorous after burning.
Indiana's prairie took up about 15% of the state covering the northwest and central-west portion of Indiana. Almost all of the original prairie is gone, tilled up for farms or development. Prairie preserves have been created to bring back sections of this lost habitat. In 1977, Hoosier Prairie was designated a State Nature Preserve. It is now more than 1,500 acres of prairie that includes not just grasslands, but oak barrens and wet prairie (sedge meadows and prairie marshes). Interestingly, when conservationists looked for small remnants of the original prairie, they found them in places that had never been plowed for farms – pioneer cemeteries and old railroad right-of-ways. Today, fires are set on prairie preserves (called controlled burns) to keep them in their native state.

Wetlands
Lake Michigan forms the northern border of Indiana. The Ohio River forms the border to the south. Indiana has many rivers, streams and wetlands. Until quite recently, wetlands were thought to be of no use to man. Wet and buggy, they were considered wasted land. Developers drained them, filled them in with tons of soil and built houses, businesses, roads and parking areas on them. Now we know that wetlands are actually very important natural communities. They provide valuable wildlife habitat, stabilize shorelines and protect the land from storm surges and flooding. They act as filters for pollutants that run off the land from farms, towns and cities. Unfortunately, every state has some history of wetland destruction.
According to the Indiana Department of Natural Resources, in the mid-1980s, Indiana had about 813,000 acres of wetland habitat – mostly in northeastern Indiana, along river floodplains in southwestern Indiana, and in the Lake Michigan shoreline region in northwestern Indiana. These wetlands included marshes, wet meadows, lakes, ponds, streams, rivers, wet forests (swamps) and scrub-shrub wetlands. They estimate that 85% of Indiana's native wetlands have been lost to development.

Indiana is often broken down into three main land regions.
1. The Great Lakes Plains region makes up northern Indiana along the Great Lakes (this region runs from Wisconsin through Illinois and Indiana to Ohio). Indiana's border along Lake Michigan was once made up of large sand dunes. Then outside of the dunes the land turned into fertile lowland that was once a vast grassland. The prairie was tilled by early settlers and is now fertile farmland. This region has many low hills left by the retreat of the glaciers so is referred to as the Northern Lake and Moraine Region.
2. The Till Plains region is in central Indiana. Once part of the North American great prairie, this region of low hills and valleys is now part of the great midwestern corn belt, a major agricultural region for growing grains (not just corn anymore but also soybeans, alfalfa and winter wheat).
3. The Southern Plains and Lowland region of Indiana is the hilliest section of the state. Steep hills, called knobs, rise from the lowlands and below ground. The limestone has been carved by underground streams into fascinating cave systems. 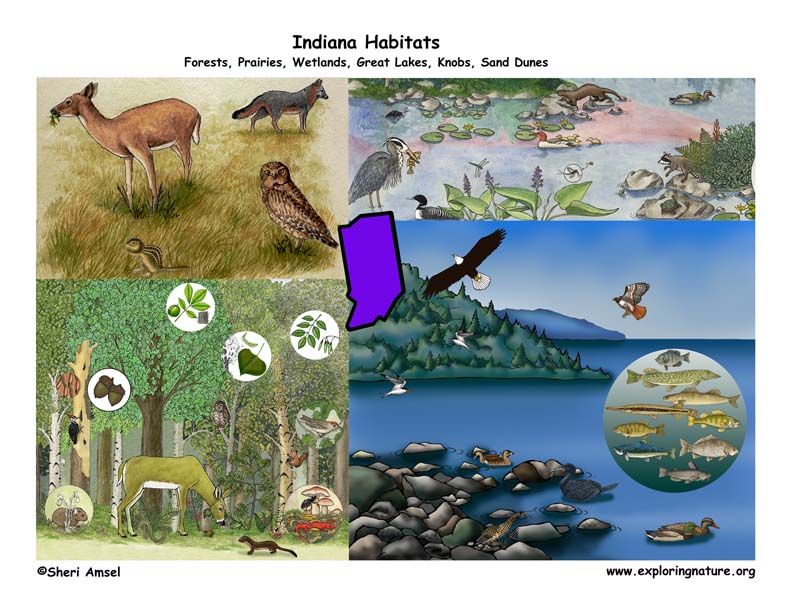 For more information about Indiana mammals (including Latin names) click on individual animal links or for another (off-site) resource: LINK1 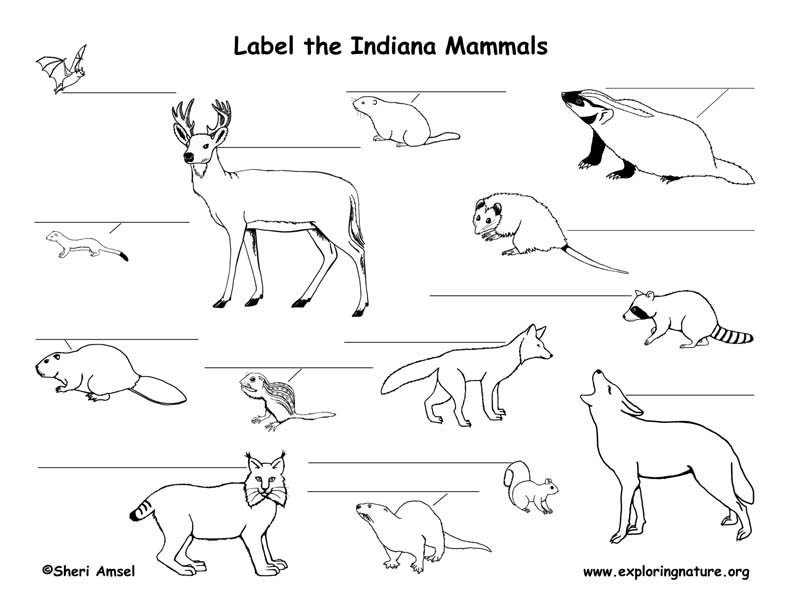 For more information about Indiana  amphibians and reptiles (including Latin names) click on individual animal links or for another (off-site) resource: LINK 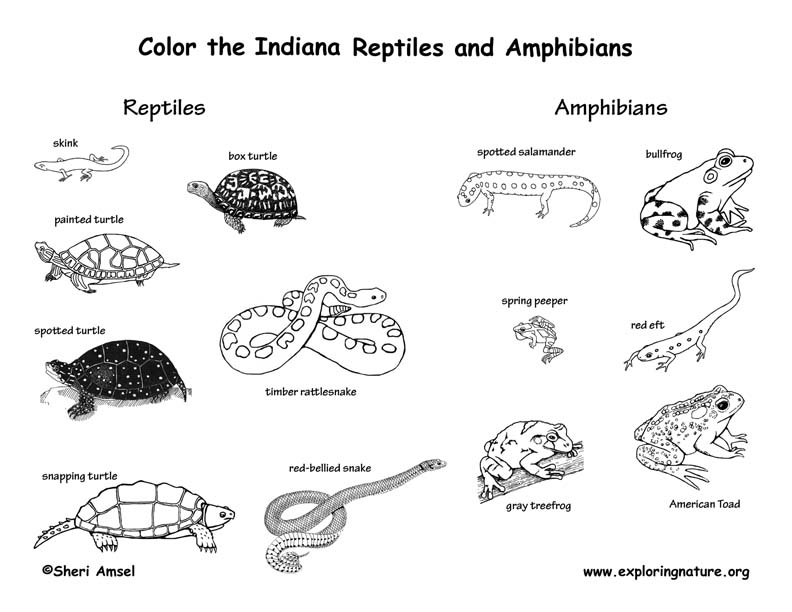 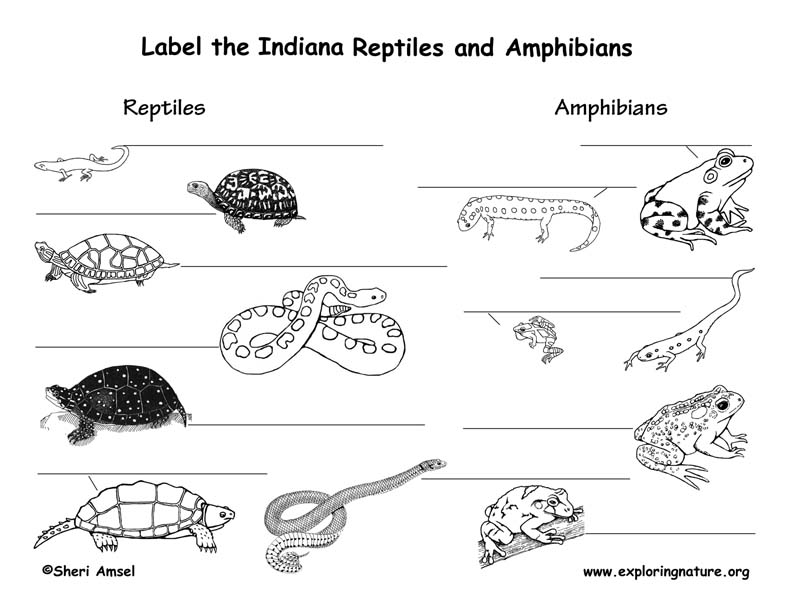 For more information about Indiana birds (including Latin names) click on individual animal links or for another (off-site) resource: LINK 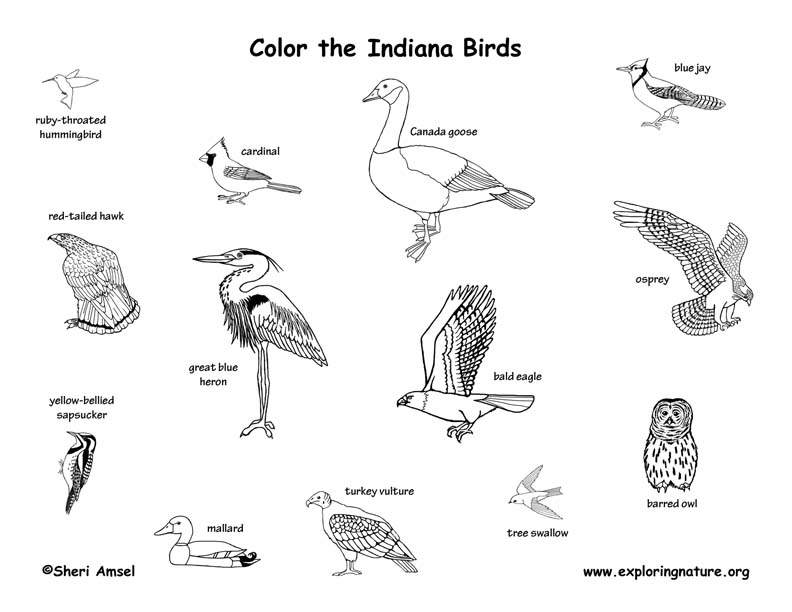 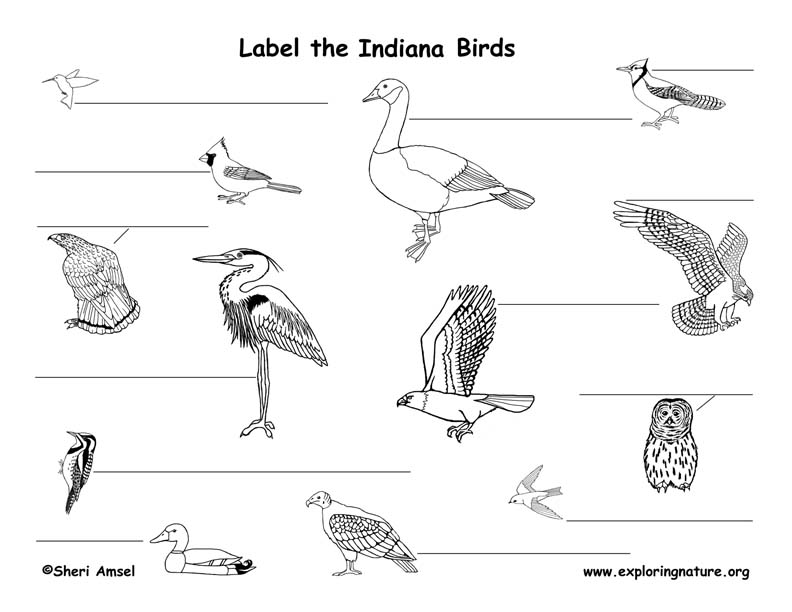 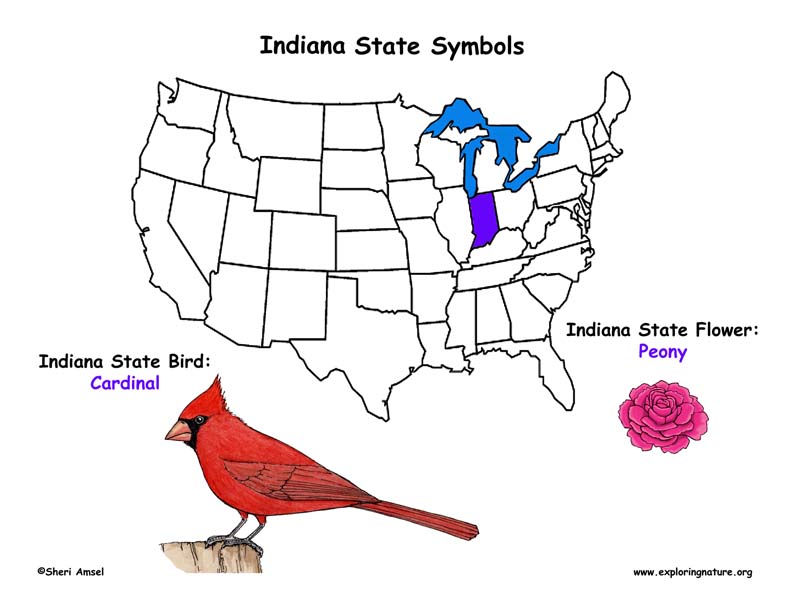 ©2005-2022 Sheri Amsel. All rights reserved.
The material on this site may not be reproduced, distributed, transmitted, cached or otherwise used for anything other than free educational use. It is not to be used for sale or profit of any kind. If you are unsure whether your use of site materials violates the exploringnature.org copyright, contact Sheri Amsel for prior written permission at sheri@exploringnature.org. Thank you for respecting copyright laws.
Site Developed by Eli Madden
Page ID: 821
IP: 18.208.132.74