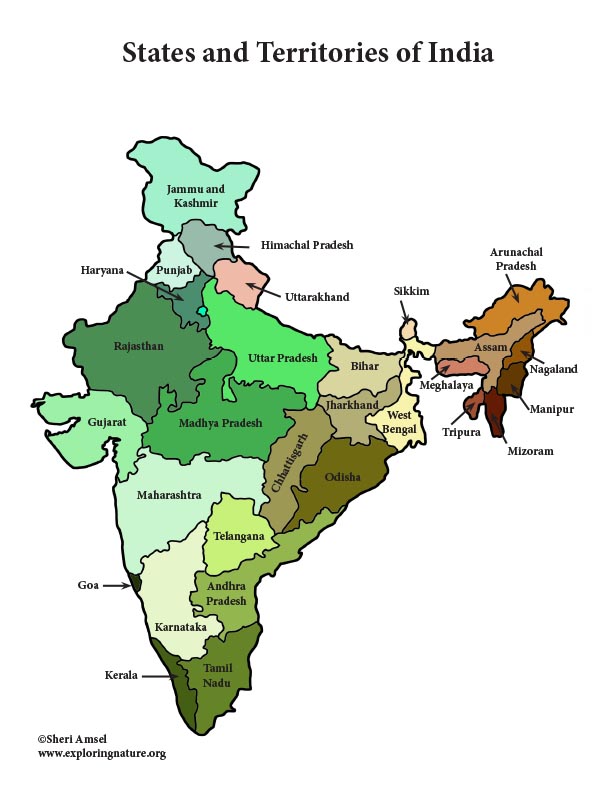 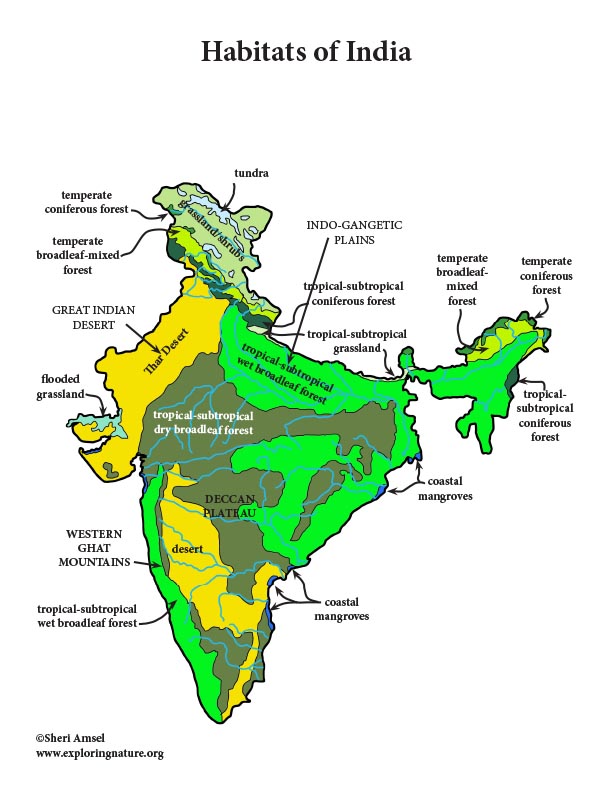 India is the seventh largest country in the world and Asia’s second largest nation with an area of 3.28 million square kilometers. It has a varied landscape rich in natural resources.

From high mountains to low valleys, the Himalayan region has significant biodiversity to reflect its range of climate and altitudes. Wildlife here includes Sambar and muntjac deer, snow leopard and even brown bears.

The northwestern side of India is desert and semi-arid region. The wildlife in the desert includes Indian antelope,
wild ass, nilgai, desert fox, great Indian bustard and chinkara. The semi-arid region is last region in India where Asiantic lion is found.

The Deccan Plateau is a large raised plateau of land covers more than 40% of central India. It has different kinds of forest (tropical, dry and moist deciduous), river valleys, and wetlands. A wide array of widlife can be found here, including wild water buffalo, elephants, tigers, wild boar, sloth bear, chital, and gaur.

The Gangetic Plain is a fertile swath of land across north, central India, the gangetic plain is fed by the Ganges River. It has forests, marshes, grassland (much of which are now used for agriculture) and along the coast there are mangroves. The wildlife here includes the Indian elephant and rhinoceros, black buck, gazelle, plus coastal animals.

The North-East ia an area in Northeastern India is home to tropical forests, swamps, and grasslands. It is rich in biodiversity with many animals including the Indian elephant, Hoolock gibbon, red panda, one-horned rhino, clouded leopard, gaur, sangai, gayal and great Indian hornbill. 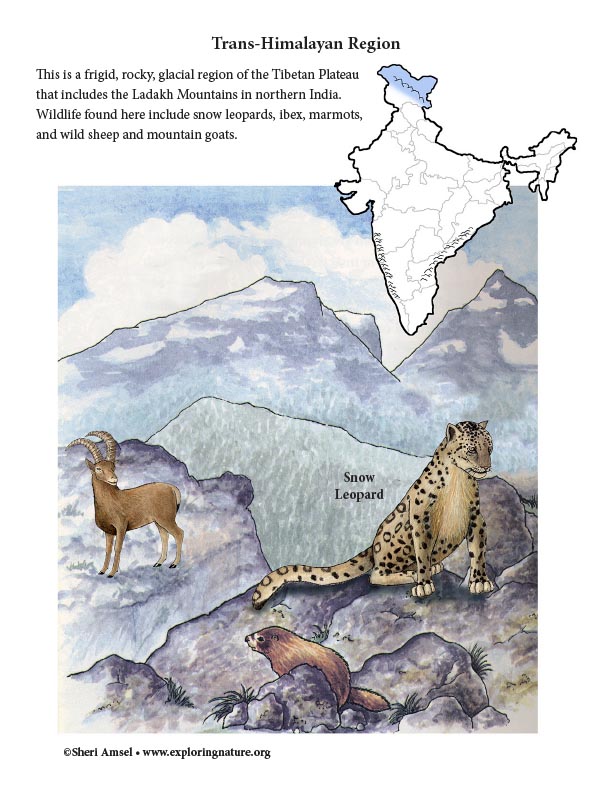 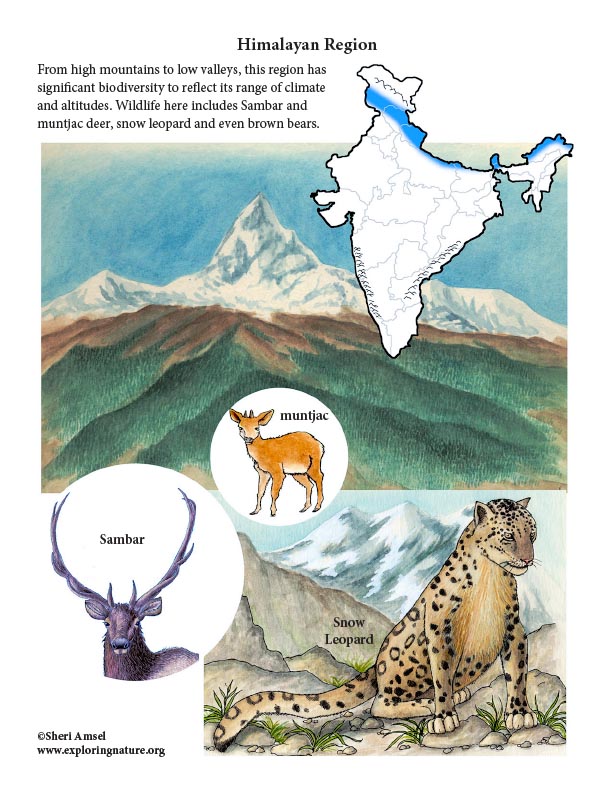 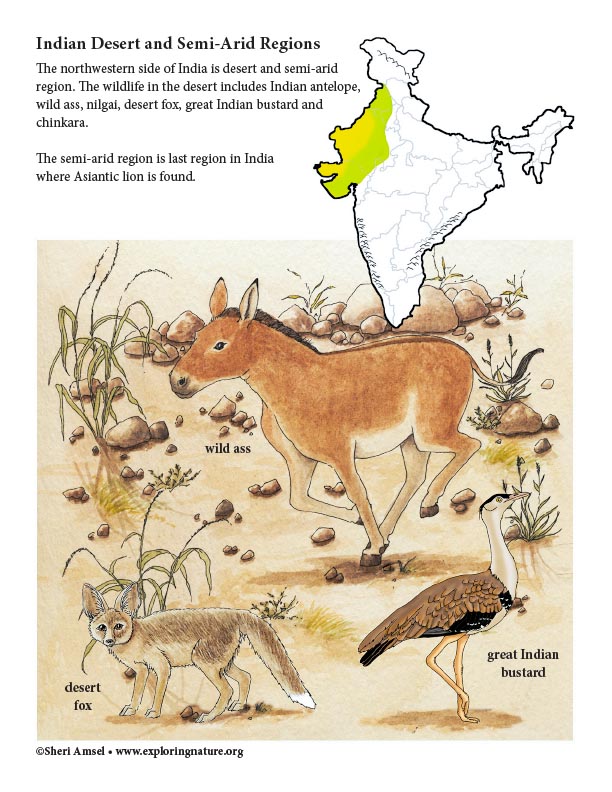 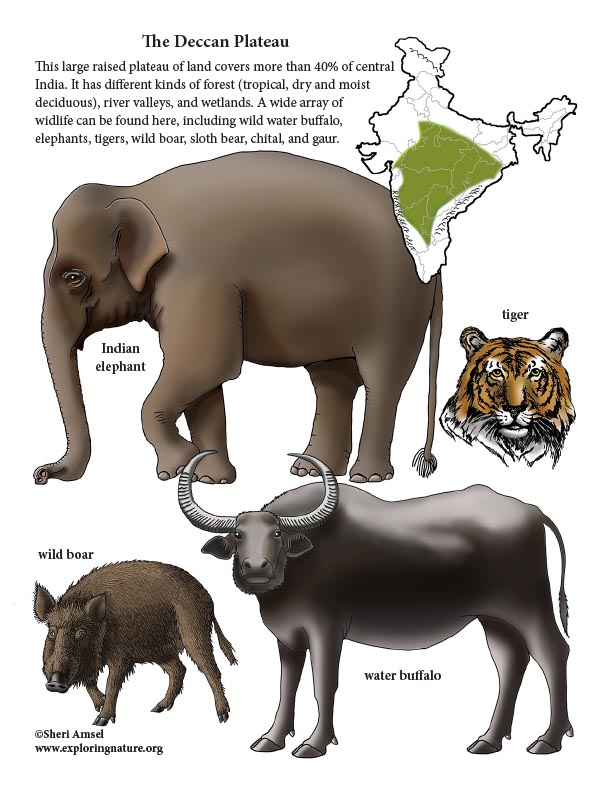 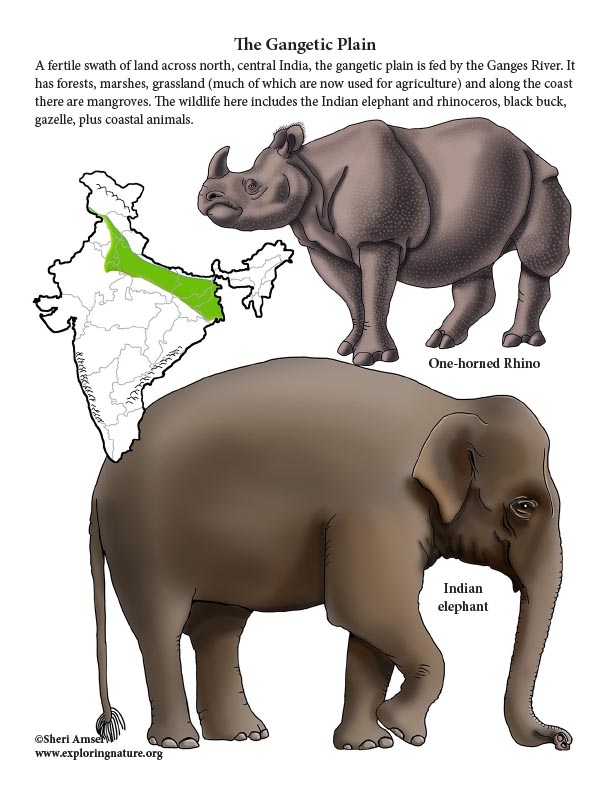 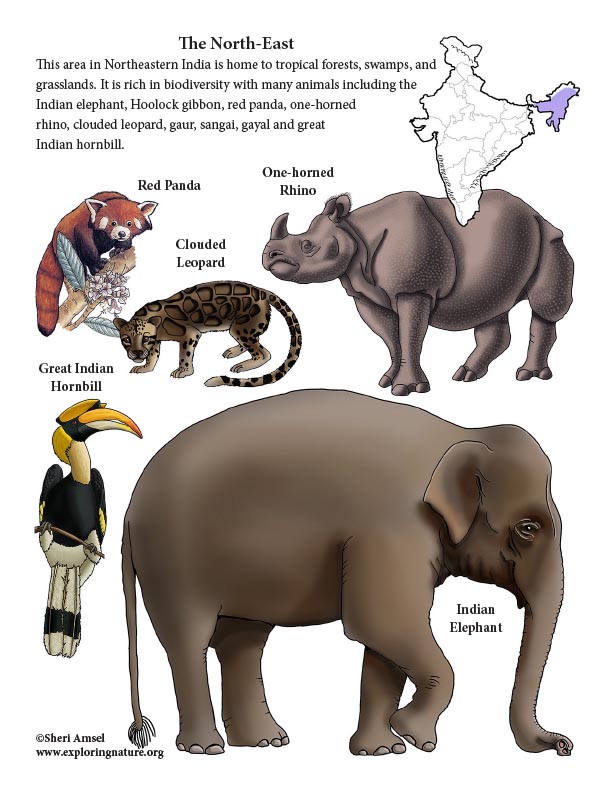 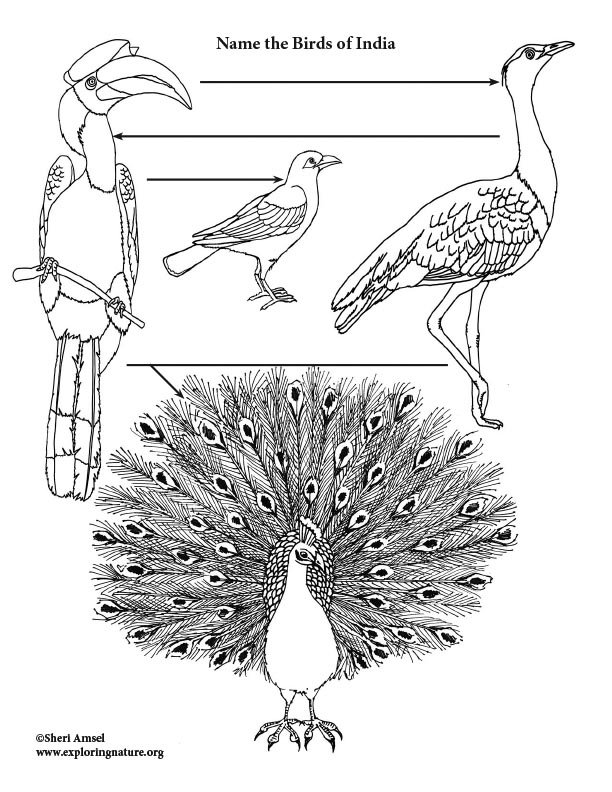 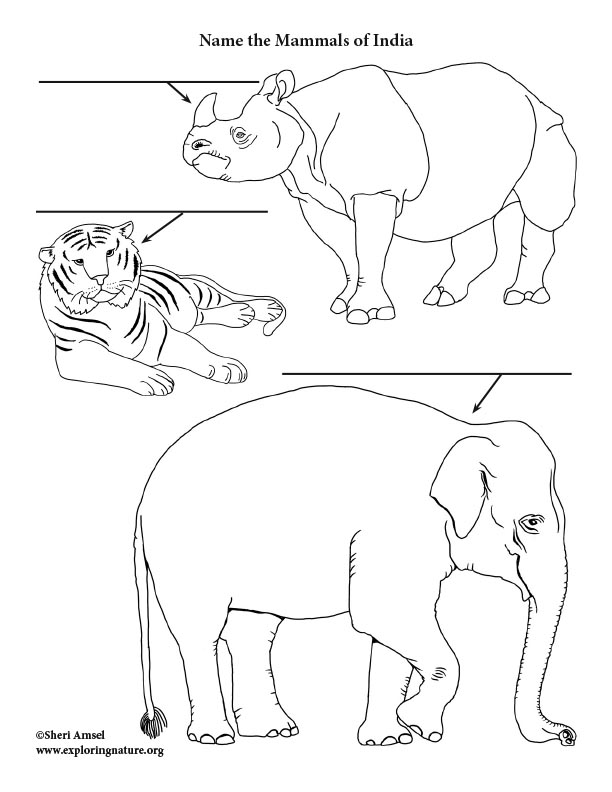 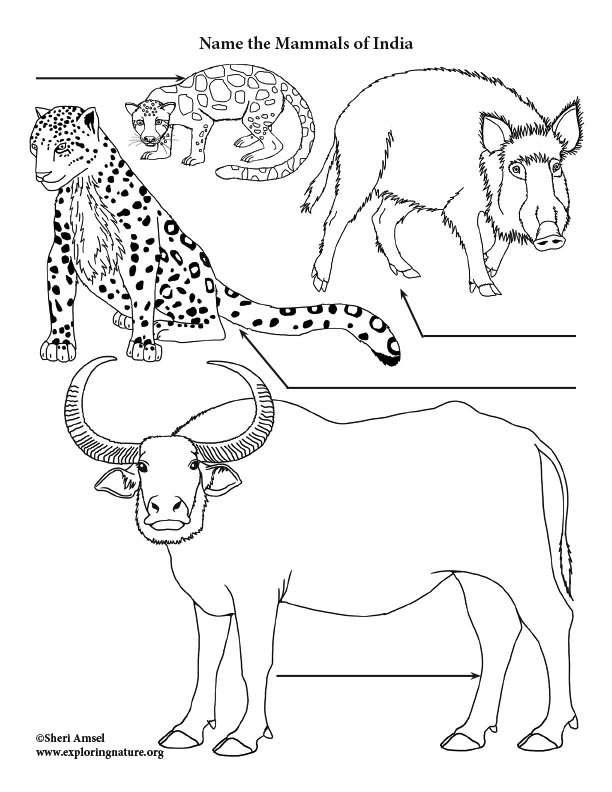 ©2005-2022 Sheri Amsel. All rights reserved.
The material on this site may not be reproduced, distributed, transmitted, cached or otherwise used for anything other than free educational use. It is not to be used for sale or profit of any kind. If you are unsure whether your use of site materials violates the exploringnature.org copyright, contact Sheri Amsel for prior written permission at sheri@exploringnature.org. Thank you for respecting copyright laws.
Site Developed by Eli Madden
Page ID: 6242
IP: 44.197.198.214