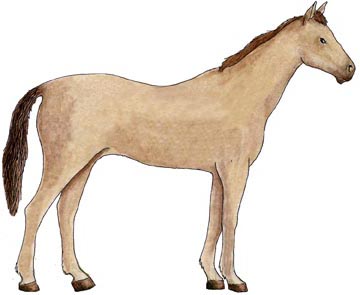 There are many breeds of horses. Large draft horses bred for work and weigh up to 2,000 pounds. These include the Clydesdales and Belgian horses. Tiny horses are called ponies and include the Shetlands. More average-sized horses bred for riding and running are Arabian horses, Morgan horses, quarter horses, and appaloosas. Horses were brought to North America from Europe. Wild horses began on the steppes of Mongolia with Przewalski\'s horses. There are herds of wild horses in other places like the American west and Australia, but these are the ancestors of tamed horses that have gone back to the wild (feral) and formed wild herds.

A horse’s height is measured at its shoulders or \"withers\" and is defined in \"hands.\" One hand is about 4 inches. An average horse stands at about 15 hands (a little under 5 ft), whereas a large draft horse can stand as high as 19 hands (almost 6 feet). Horses have one whole hoof, as opposed to the split hoof of a cow.

Horses are herbivores, eating all plants, but they are not ruminants like cows. This means that they do not re-chew their food (chew their cud), but digest their dry food using enzymes and bacteria in their stomachs.

Historically, horses were used for pulling carts, sleds and plows. They carried soldiers into battle and cowboys out among livestock herds. In some places, they are eaten or used for animal food. Mostly now they are used for sporting events, like horse racing and equestrian riding, and as pets. 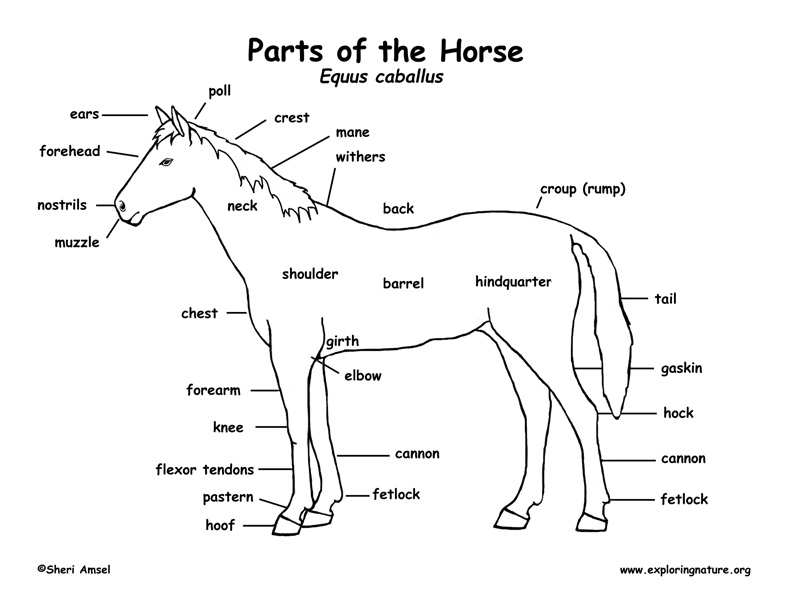 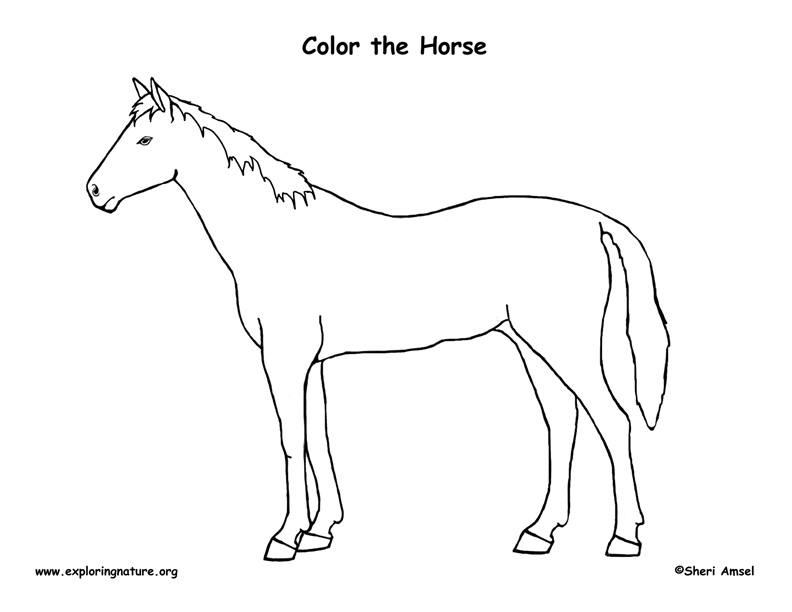 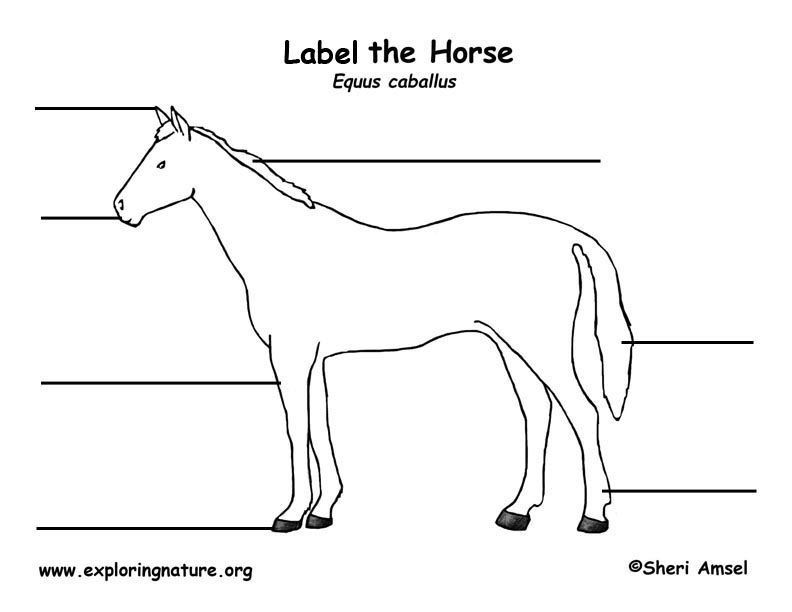 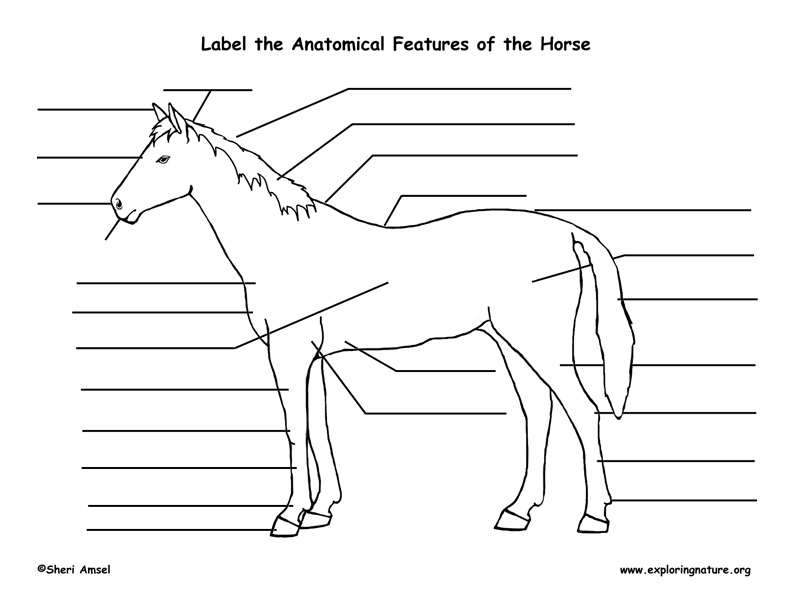 ©2005-2022 Sheri Amsel. All rights reserved.
The material on this site may not be reproduced, distributed, transmitted, cached or otherwise used for anything other than free educational use. It is not to be used for sale or profit of any kind. If you are unsure whether your use of site materials violates the exploringnature.org copyright, contact Sheri Amsel for prior written permission at sheri@exploringnature.org. Thank you for respecting copyright laws.
Site Developed by Eli Madden
Page ID: 670
IP: 44.200.175.255