The body’s goal of homeostasis – keeping a relatively stable internal environment despite changing external conditions, is vital. The body is not unchanging or static. In fact, to maintain homeostasis, every organ system is constantly working and interacting to balance the body’s optimum chemical, thermal, and neural conditions. The basic mechanism to maintain homeostasis involves receptors that monitor changes to the environment. When there is a stimulus, they send that information to the control center (integrating center) which interprets what the body needs and triggers a response with an effector. The effector elicits a feedback response to the stimulus. The feedback can influence the stimulus by depressing it with negative feedback or enhancing it with positive feedback.

Most responses to stimuli for maintaining homeostasis are negative feedback to counter the stimuli and reduce its effect – protect the body from sudden severe changes. This is how the body maintains its temperature, heart rate, blood pressure, blood sugar levels, etc. This is by far the more common way to regulate and maintain homeostasis.

Positive feedback in the body is a way to respond to a stimuli by increasing it. This is much rarer than negative feedback, but is a powerful, rare response (cascade effect) when needed. An important example of this is blood clotting. 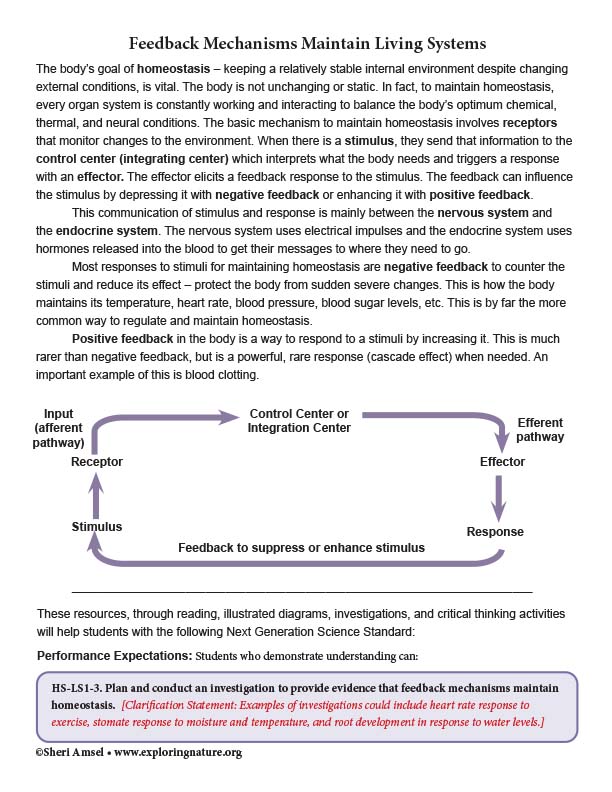 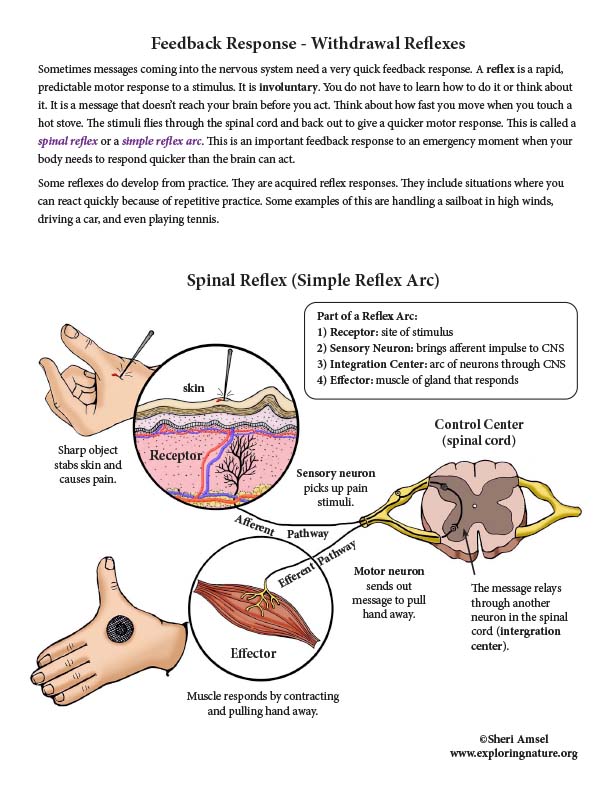 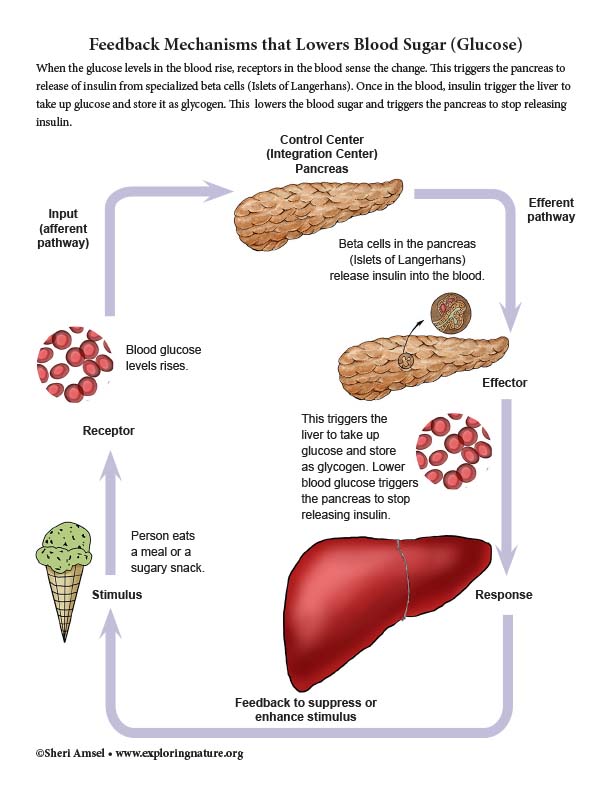 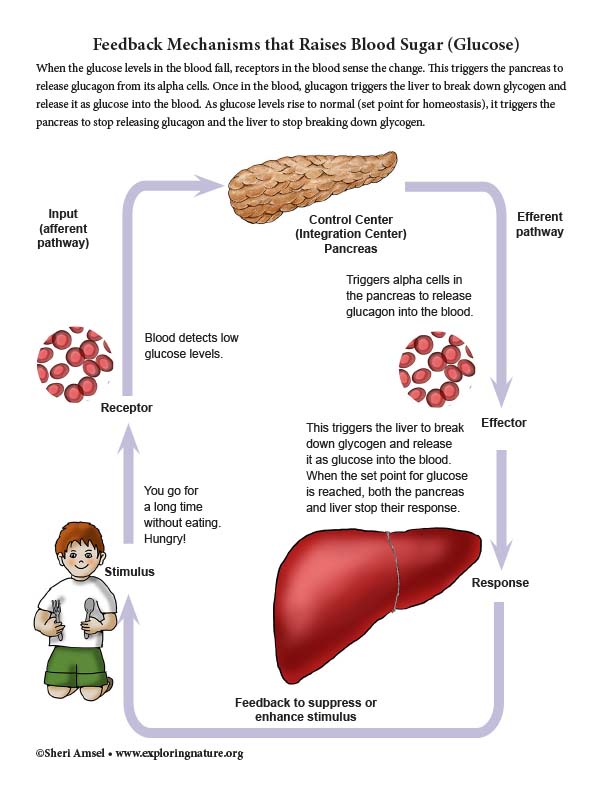 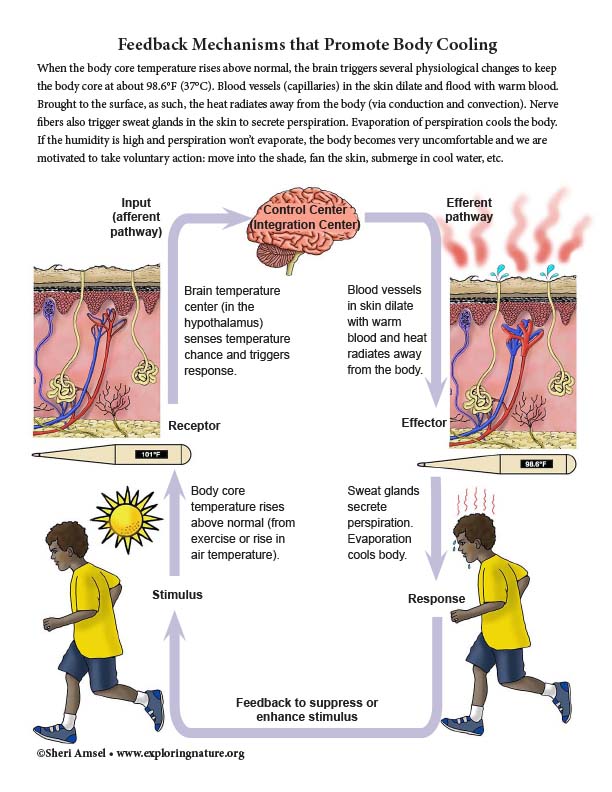 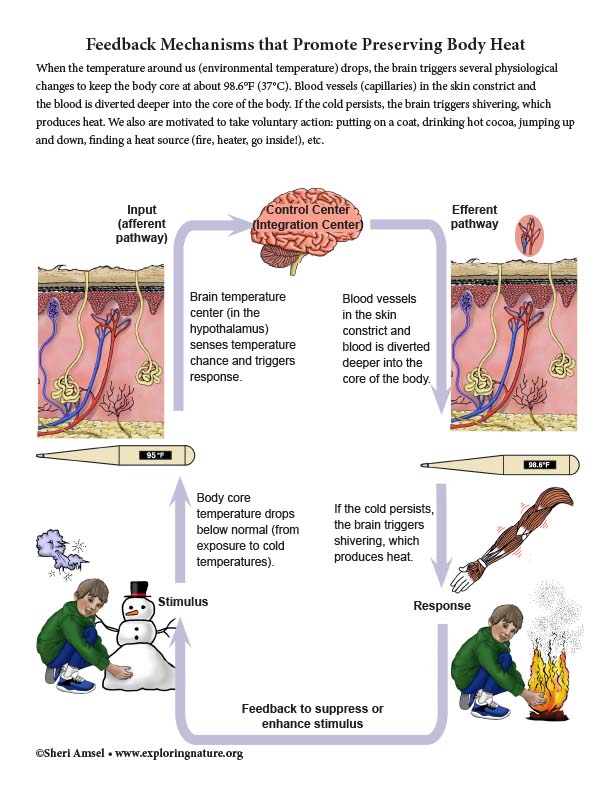 ©2005-2022 Sheri Amsel. All rights reserved.
The material on this site may not be reproduced, distributed, transmitted, cached or otherwise used for anything other than free educational use. It is not to be used for sale or profit of any kind. If you are unsure whether your use of site materials violates the exploringnature.org copyright, contact Sheri Amsel for prior written permission at sheri@exploringnature.org. Thank you for respecting copyright laws.
Site Developed by Eli Madden
Page ID: 6315
IP: 44.210.77.106