Crossing Over - Variation of Traits in Humans 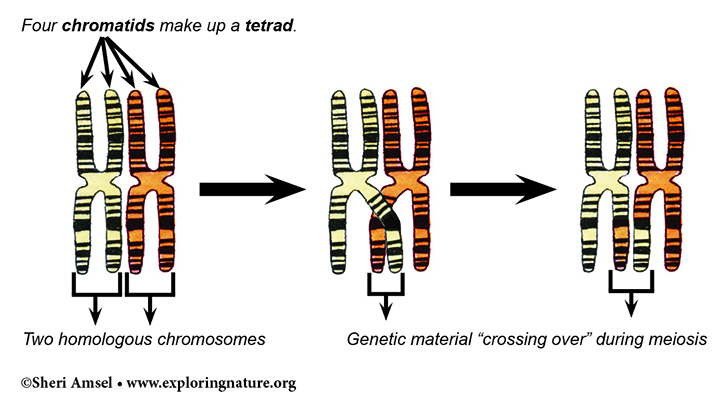 In sexual reproduction, chromosomes can sometimes swap sections during the process of meiosis (cell division), creating new genetic combinations that result in more genetic variation. This is called recombination and is why every human is so genetically unique.

In sexual reproduction (meiosis), these homologous chromosomes form pairs, lining up gene for gene next to each other. They form a four chromatid configuration called a tetrad (See diagram below). This happens during prophase I of meiosis I. Chromatids are very close together at this phase and some genetic material is exchanged (this is called synapsis). Material will actually break off of one chromosome and attach in the same position on the other homologous chromosome. This exchanging of genetic material can happen repeatedly and create a completely new combination of genes. This process is called crossing-over and allows alleles on DNA molecules to change positions from one homologous chromosome segment to another. New combinations of genes on each chromosome results from this crossing-over. 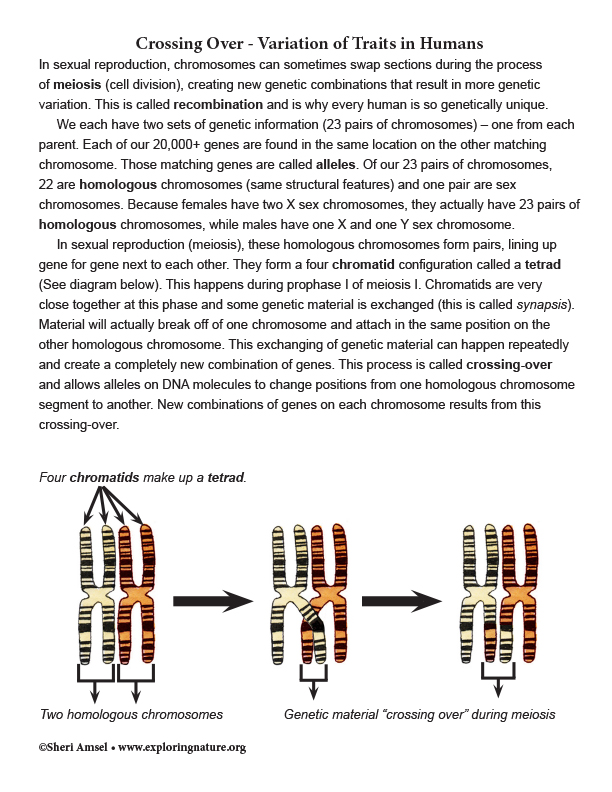 ©2005-2022 Sheri Amsel. All rights reserved.
The material on this site may not be reproduced, distributed, transmitted, cached or otherwise used for anything other than free educational use. It is not to be used for sale or profit of any kind. If you are unsure whether your use of site materials violates the exploringnature.org copyright, contact Sheri Amsel for prior written permission at sheri@exploringnature.org. Thank you for respecting copyright laws.
Site Developed by Eli Madden
Page ID: 6351
IP: 3.235.180.193