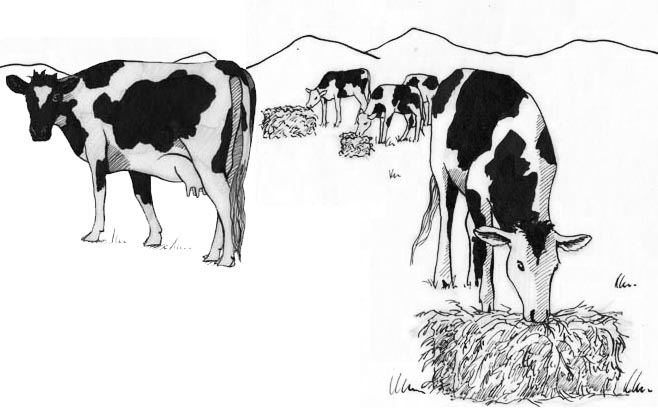 Holstein cows were brought to the U.S. from Europe in the mid-1800s. They are just one of many breeds of cow. Some cows are bred for how much milk they make and some are bred for meat. Holstein Cows make a lot of milk. If milked twice a day, a Holstein cow can give more than 65,000 pounds of milk a year.

Holstein cows are white with black or brown splotches all over. At birth, they weigh about 90 pounds, but they can grow to 1,500 pounds. They have horns that are often cut off as a calf. Females have large udders for milk production for calves.

Cows are herbivores, eating all plants. They are also ruminants. This means that they can eat dry grasses and digest it with the help of a 4-part stomach. Microorganisms (bacteria and protozoa) in the largest part of the stomach, called the rumen, help break down the dry parts of the grass (cellulose). Then the cow spits up or “regurgitates” the food and chews it again! This is called chewing their “cud” and further helps to break down the tough grass.

Cows provide milk, beef, veal and leather. Cattle have also been used in some places as laborers, pulling carts and plows. 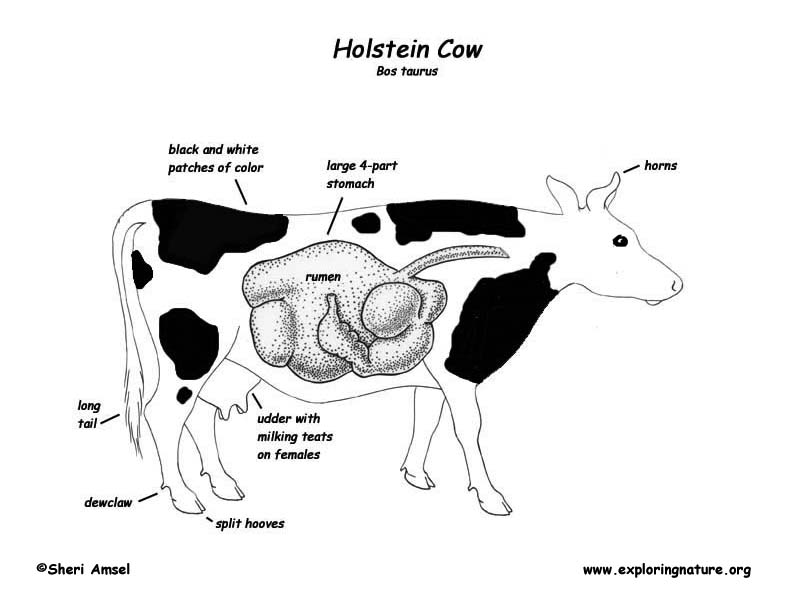 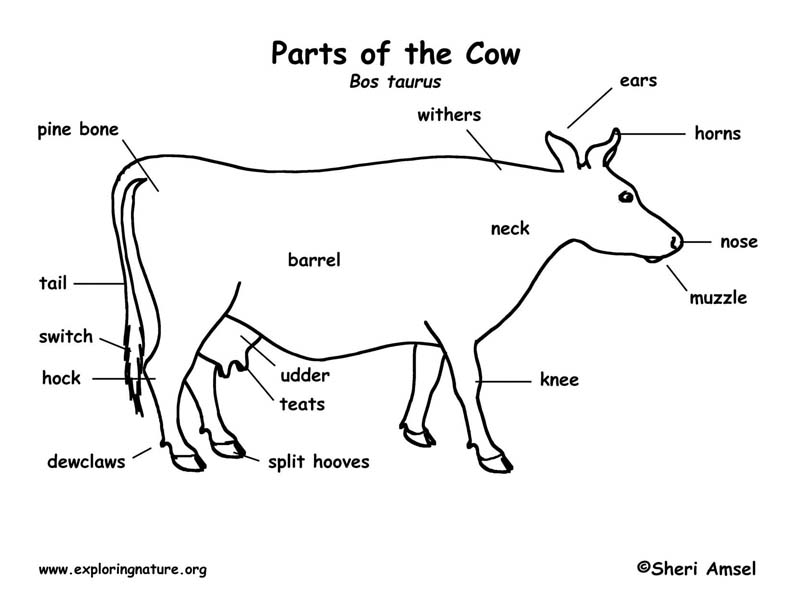 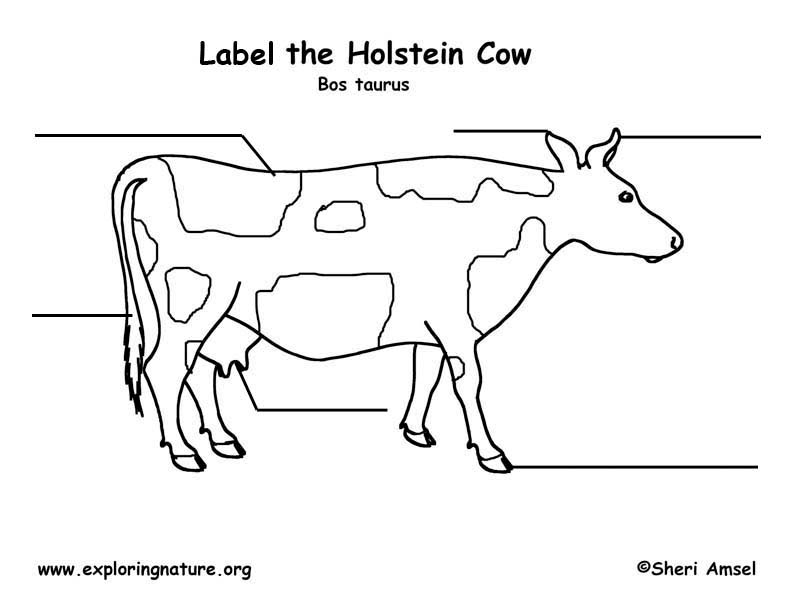 ©2005-2022 Sheri Amsel. All rights reserved.
The material on this site may not be reproduced, distributed, transmitted, cached or otherwise used for anything other than free educational use. It is not to be used for sale or profit of any kind. If you are unsure whether your use of site materials violates the exploringnature.org copyright, contact Sheri Amsel for prior written permission at sheri@exploringnature.org. Thank you for respecting copyright laws.
Site Developed by Eli Madden
Page ID: 669
IP: 44.210.77.106