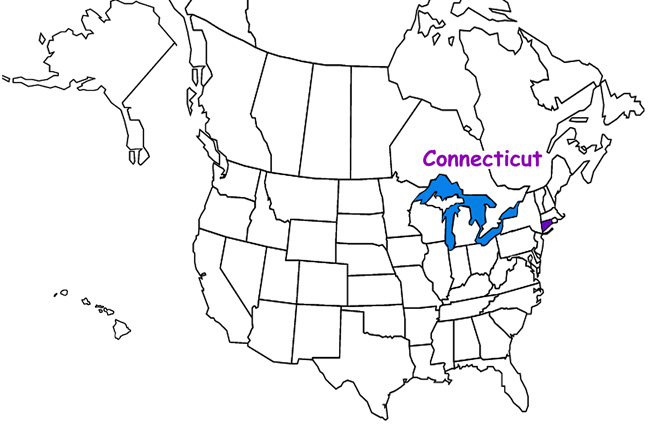 Connecticut has a rich variety of natural communities including forests, wetlands, and coastline.

Forests
60% of Connecticut is forested (that is about 1.87 million acres of forest) making it one of the most heavily forested states in the U.S. It is also one of the most densely populated states (4th out of 50) and 85% of Connecticut's forests are owned by private landowners (and not in state forests). This means that the state does not control the majority of the forests, so to protect them they try to encourage private land owners to practice responsible long-term forest management.

Forests are an important natural resource. Not only do they provide wood for homes and other products, they also greatly enhance the  quality of life for the people of the state. Well-managed forests protect water sources, provide habitat for wildlife, help with clean air standards and provide many recreational opportunities and enhance the tourist trade in the state (especially during fall foliage).

Connecticut's forests include deciduous, coniferous, and wetland forests. Almost 75% of Connecticut‘s forests are classified as an oak/hickory forest. This means that oak and hickory are the dominant trees, but there are many other species present in smaller amounts. They include post, blackjack, white, scarlet and red oaks. They also include yellow poplar, black walnut, black locust, and red maple. Over all though, red maple is the most common tree the forests of Connecticut, followed by red oak. There are 84 species of mammals, 335 species of birds, and 49 species of reptiles and amphibians in Connecticut and many of them are found in Connecticut's rich forests.

Wetlands
Connecticut’s wetlands include freshwater marshes, swamps, bogs, wet meadows, lakes, rivers and their floodplains. All told it is estimated that Connecticut has 450,000-acres of wetlands, 6,000 miles of streams and rivers, over 2,000 lakes and reservoirs, and 600 square miles of estuary along the coast.

Because of Connecticut’s extensive coastline along the Long Island Sound (almost 100 miles), there are extensive saltwater wetlands and brackish (where saltwater mixes with freshwater sources) as well. One example is the tidal wetland – rich natural communities where the plants and animals must be able to tolerate the rise and fall of the tides as well as the salt content of the water. Still, these tidal wetlands provide vital feeding and breeding habitats for a variety of Connecticut’s wildlife. They also buffer the coast from storm surge waters that can cause damaging flooding and erosion on land and filter pollutants coming from land surface runoff before it can reach the ocean.

Connecticut’s salt marshes are one type of rich tidal wetland found along the coastline. Beside for the variety of birds, mammals, amphibians, reptiles, fish, shellfish and insects found there, the salt marsh also is characterized by its plants – salt marsh cordgrass, spikegrass and others. They are also flat so create a coastal open space that offers exceptional scenic views. 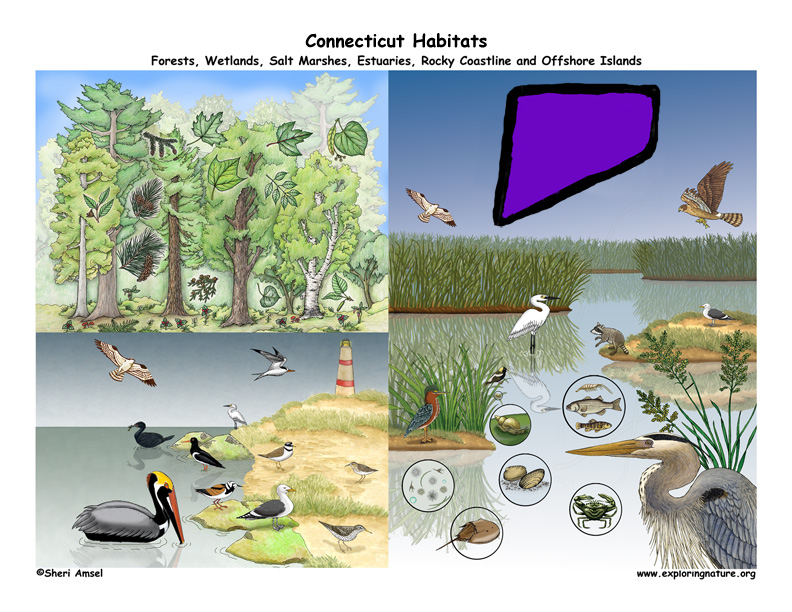 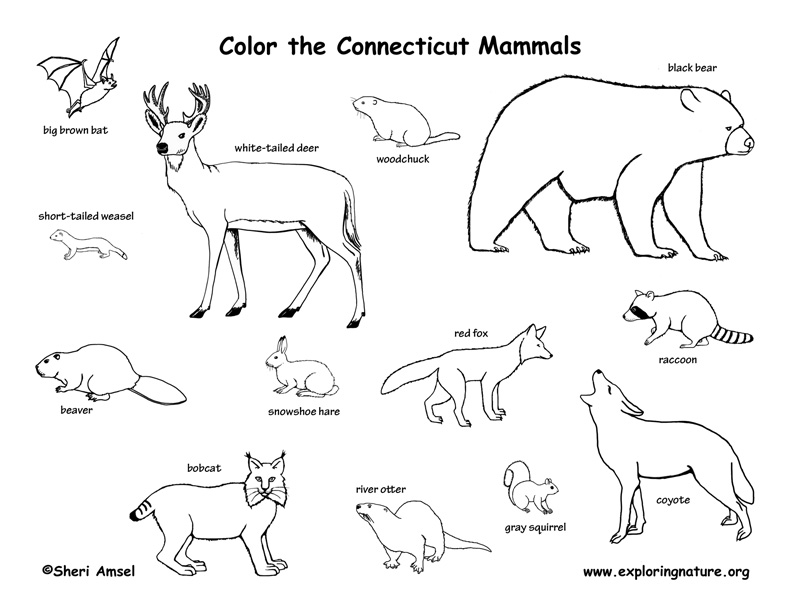 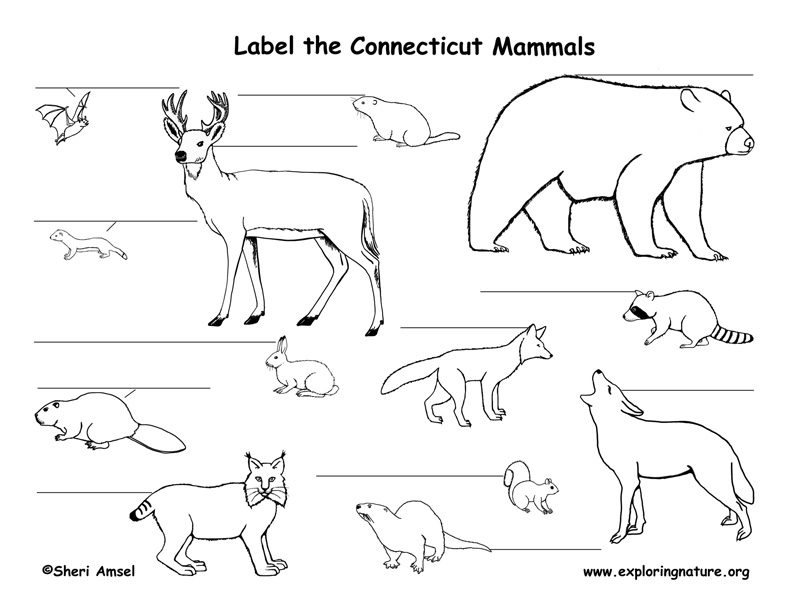 For more information about Connecticut's amphibians and reptiles (including Latin names) click on individual animal links or for another (off-site) resource: LINK 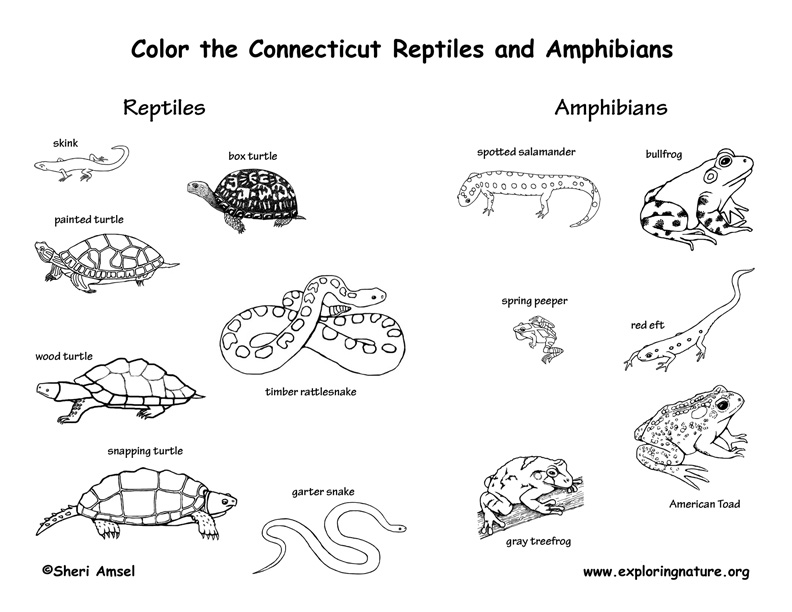 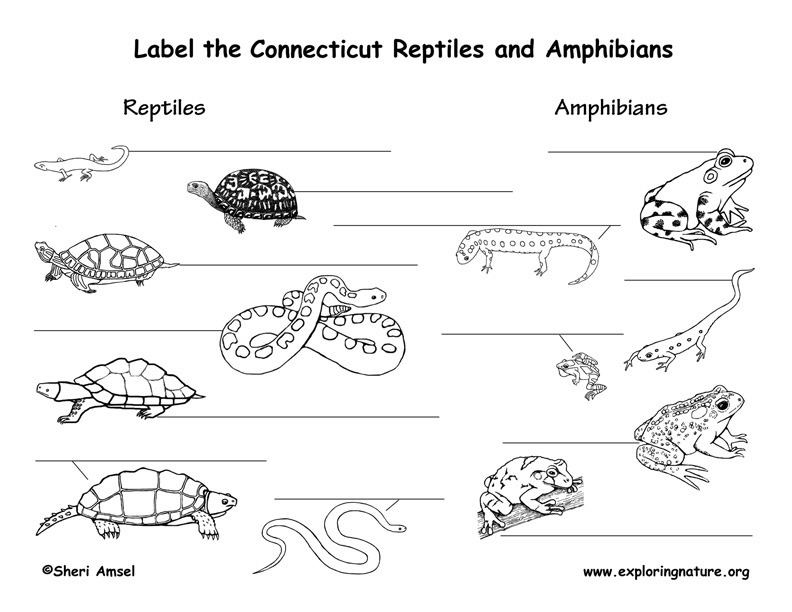 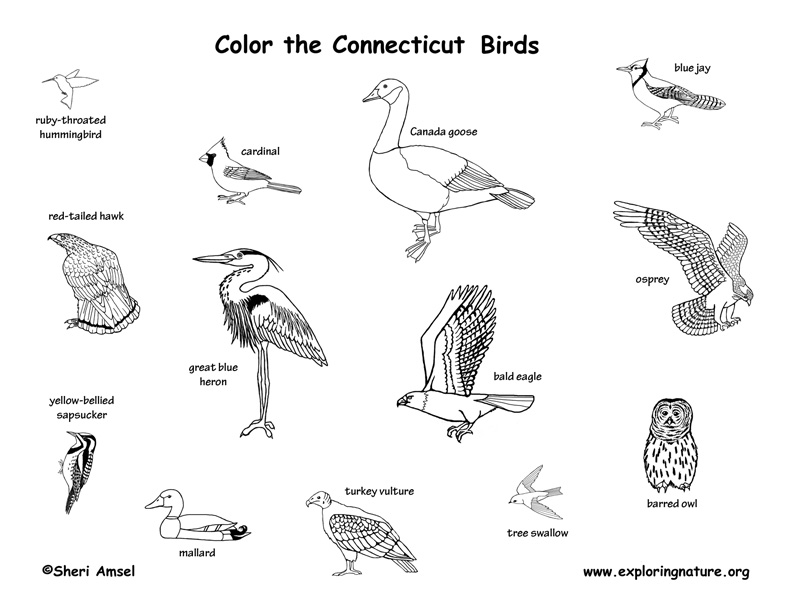 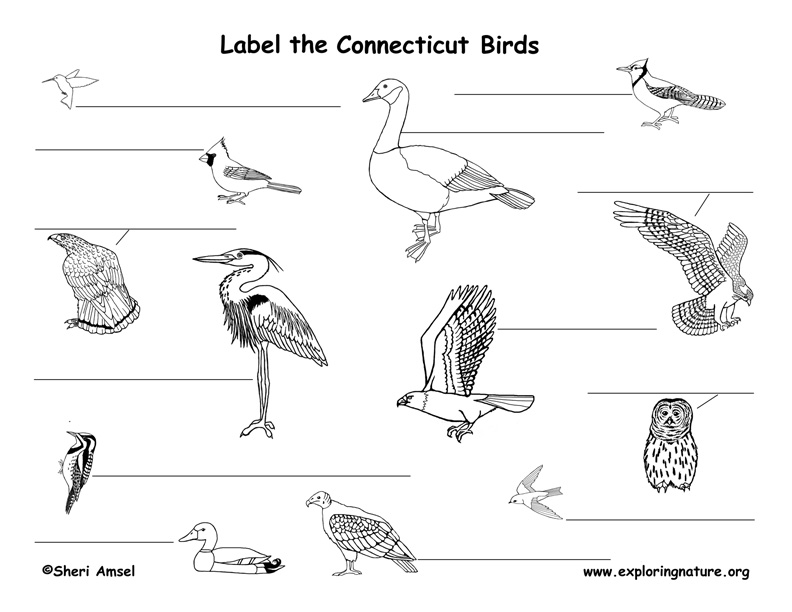 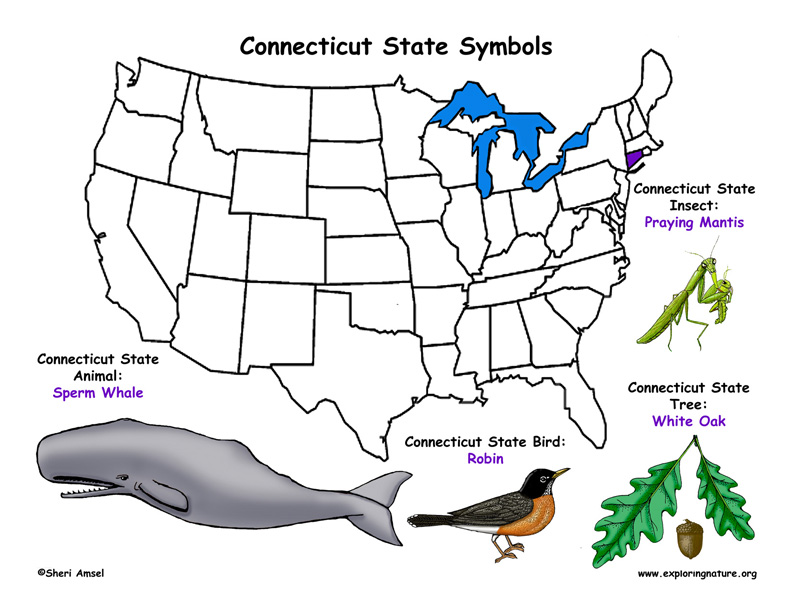 ©2005-2023 Sheri Amsel. All rights reserved.
The material on this site may not be reproduced, distributed, transmitted, cached or otherwise used for anything other than free educational use. It is not to be used for sale or profit of any kind. If you are unsure whether your use of site materials violates the exploringnature.org copyright, contact Sheri Amsel for prior written permission at sheri@exploringnature.org. Thank you for respecting copyright laws.
Site Developed by Eli Madden
Page ID: 816
IP: 35.173.35.14