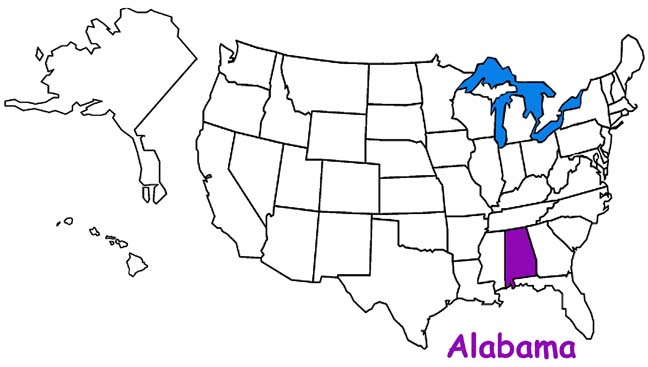 Alabama is a state with many kinds of natural communities from forested mountains to wetlands and coastal beaches, dunes and swales of coastal scrub.

Forest
Almost 70% of Alabama is covered in forest (almost 23 million acres). More than 3/4 of the forest is owned privately. The most common forest type in Alabama is loblolly pine-shortleaf pine (37%) followed by oak-hickory (32%). Other forest types include longleaf-slash pine, oak-pine, and oak-gum cypress.

Wetlands
Wetlands are very important habitats. They provide valuable wildlife habitat, stabilize shorelines and protect the land from storm surges and flooding. They act as filters to pollutants that run off the land from farms, towns and cities. Yet, for generations, people saw wetlands as wasted land and set about filling them in and covering them over for building roads, housing developments, farms, and industry. It wasn't until late in the 1900s that people realized the vital importance of wetlands and started protecting and reclaiming them.

Because of its abundant rainfall and topography Alabama has a lot of wetlands including swamps, bogs, bottomland forests, rivers, streams, lakes, ponds, floodplains, and bayous.

More than half of Alabama's original wetlands were lost in this way - more than 4-million acres. The U.S. Fish and Wildlife Service estimates that between 1955-79, Alabama lost 69% of its freshwater wetlands and 29% of its estuary marsh. Wetland destruction slowed after that, yet still between 1998-2004, 396,800 acres of Gulf Coast wetlands were lost to development (6 times the rate of wetlands lost along the U.S. Atlantic Coast).

Alabama is divided into five geographical regions – three in the Appalachian Highlands Region, one in the Inland Plains Region and one in the Atlantic Plain Region.

In the Appalachian Highlands Region, the Piedmont Upland Section is a plateau that slopes from the higher northern elevations (above 1,000 feet) to the lower southern region meeting the East Gulf Coastal Plain Section (at about 500 feet). The Piedmont is made up of farms, fields and forests. The forests mature into oak forests of white, black, southern red, post, and scarlet oaks.

The Tennessee Valley and Ridge Section is an area of serpentine ridges and deep valleys in the west and Coosa River valley forested with chestnuts, black, and scarlet oaks, mockernut, pignut, and sand hickories, black gum, sourwood, and tuliptree and longleaf pine near the summits of some of the region's tallest mountains.

The Cumberland Plateau Section is the mostly flat uplands divided by with three major valleys covered in hardwood forests. It is one of the most botanically rich in Alabama with mixed forests of oak, hickory, and sourwood as well as Virginia pines and shortleaf pines. Intermixed in the forests are vernal ponds and seepage bogs.

In the Interior Plains Region, the Highland Rim Section has two east-west limestone valleys with a low ridge between them filled with hardwood forests.

In the Atlantic Plain Region, the East Gulf Coastal Plain Section is the largest section of the state and includes a wide variety of landscapes – a flat plain, rounded and eroded hills, gentle slopes leading up to drop off escarpments (cuestas), flatwoods, Red Hills District and the Alabama River and Black Warrior River floodplains. The East Gulf Coastal Plains once held a vast expanse of open pine woodland with longleaf and slash pines. Today less than 3% of that forest remains. 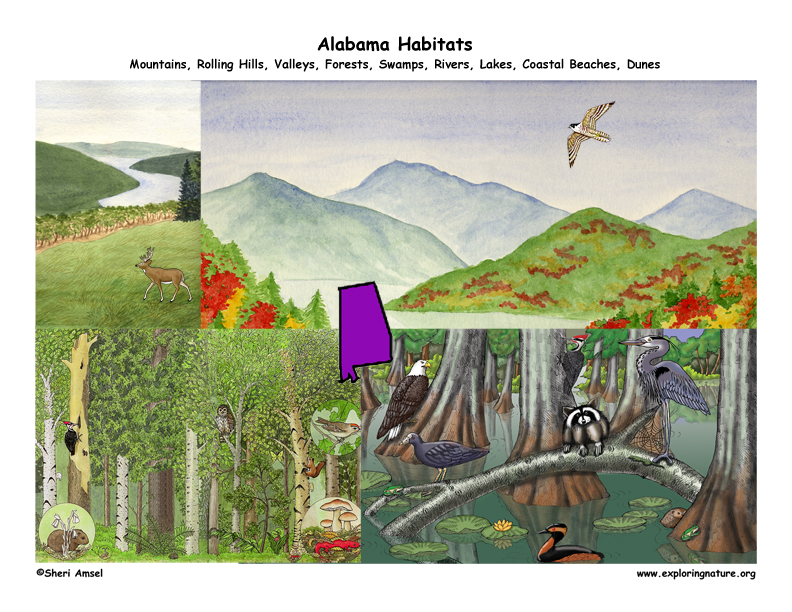 For more information about Alabama mammals (including Latin names) click on individual animal links or for another (off-site) resource: LINK 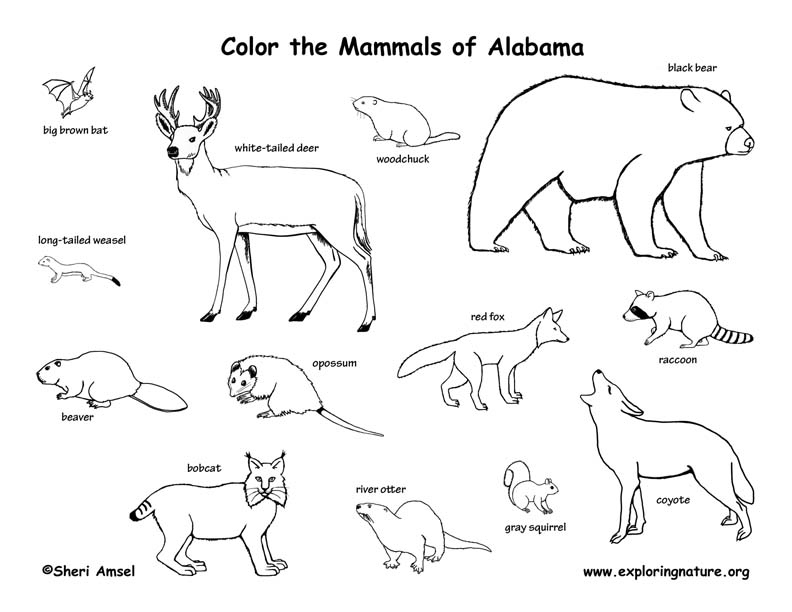 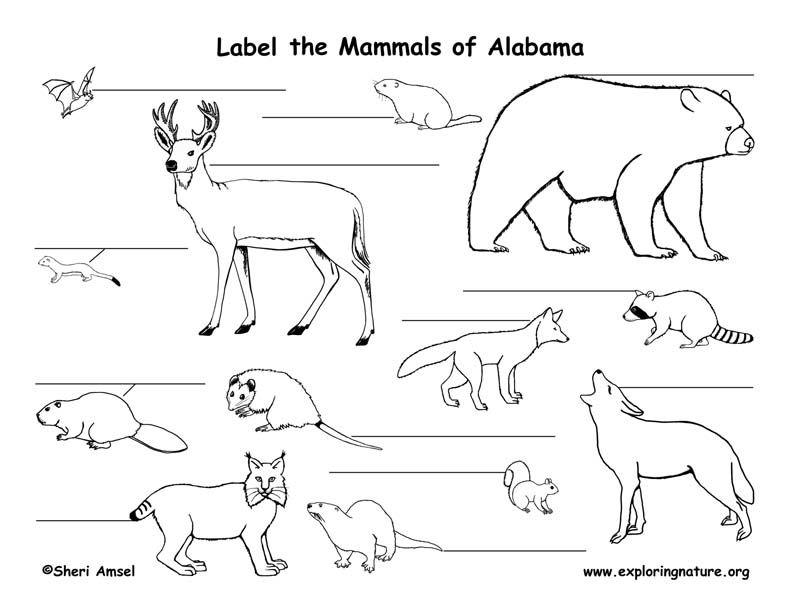 For more information about Alabama amphibians and reptiles (including Latin names) click on individual animal links or for another (off-site) resource: LINK 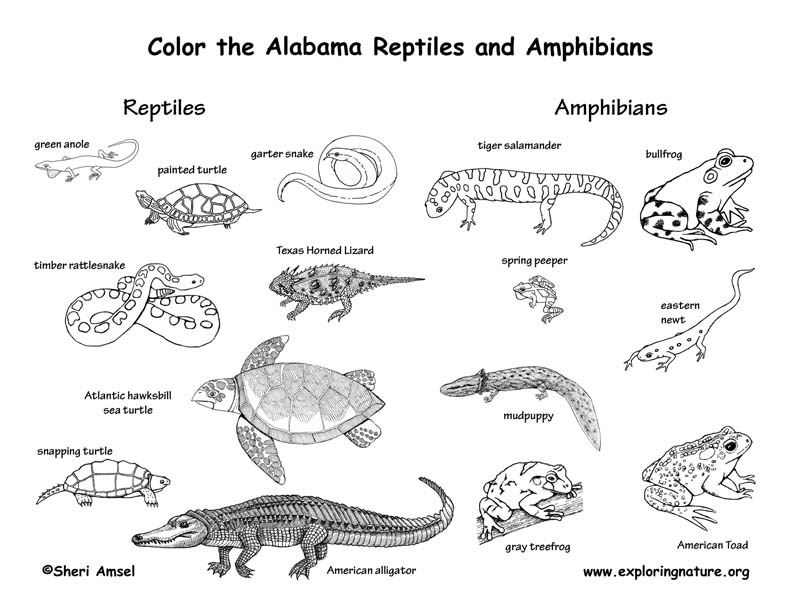 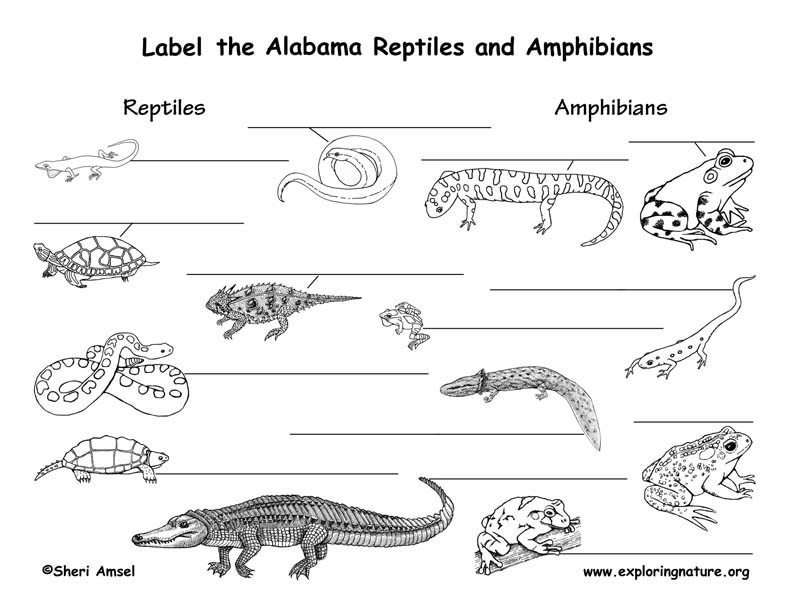 For more information about Alabama birds (including Latin names) click on individual animal links or for another (off-site) resource: LINK 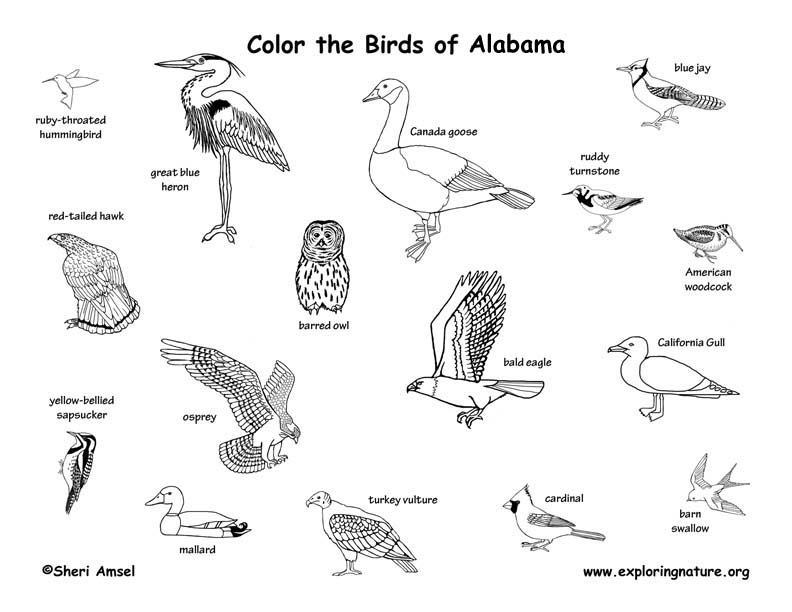 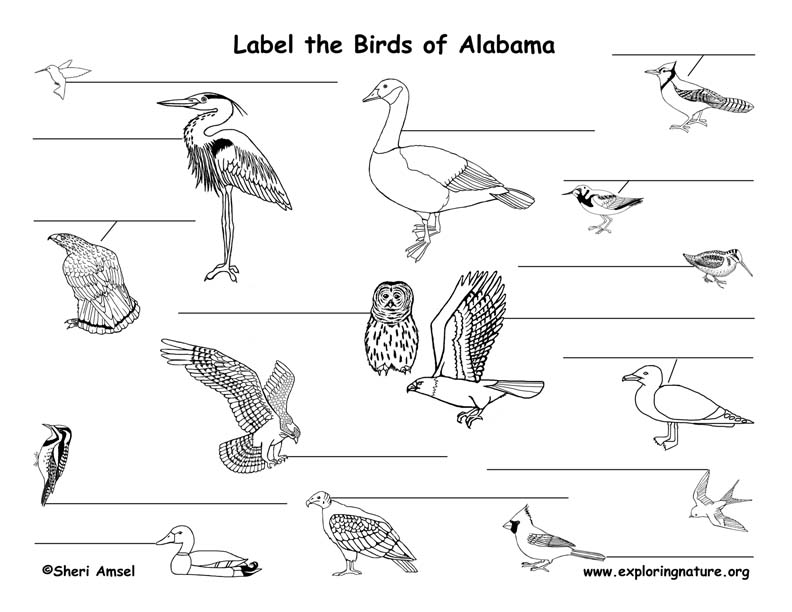 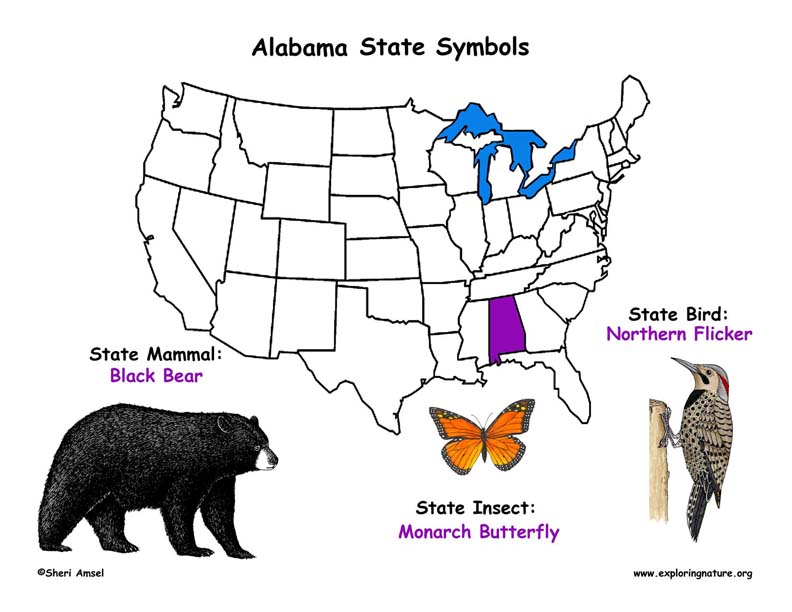 ©2005-2023 Sheri Amsel. All rights reserved.
The material on this site may not be reproduced, distributed, transmitted, cached or otherwise used for anything other than free educational use. It is not to be used for sale or profit of any kind. If you are unsure whether your use of site materials violates the exploringnature.org copyright, contact Sheri Amsel for prior written permission at sheri@exploringnature.org. Thank you for respecting copyright laws.
Site Developed by Eli Madden
Page ID: 795
IP: 44.192.247.184