About Classification - How it Works 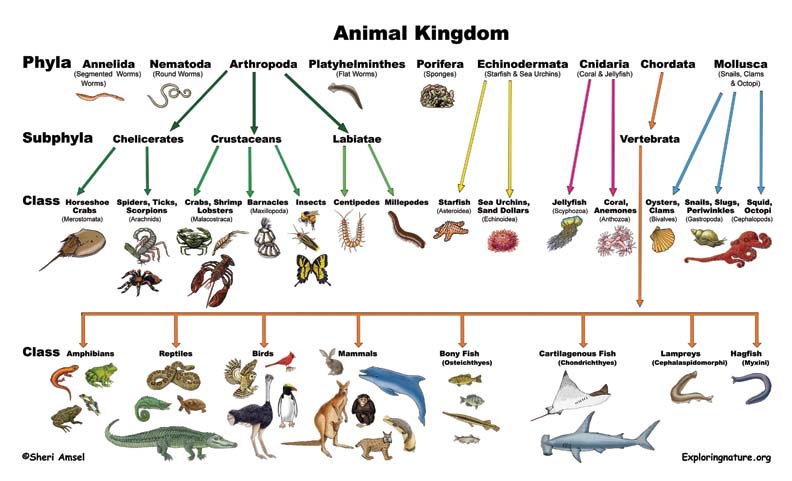 Domain
The DOMAIN is the highest ranking of Biological classification at this time* and includes 3 Domains: Archaea, Eubacteria and Eukaryota. We belong to the Domain Eukaryota – which includes organisms with cells that contain a nucleus.

Kingdom
For many years there were 5 Kingdoms: Animalia, Plantae, Fungi, Protista, and Monera (you will still see these in most printed books). However, with the adoption of the Domain Level the present 4 Kingdoms are as follows: Animalia, Plantae, Fungi, Protista. (Protista, which includes plant-like algae, animal-like protozoans and fungi-like slime molds may well be broken up into different groups in years to come.)

Order
The Class Mammalia is broken down into 2 subclasses:
• Prototheria (monotrenes – like duck billed platypus)

Family
Next comes FAMILY. The Order Primates is made up of many Families. (We are included in the Family Hominidae (human beings). There are also the families:

Family
Last comes SPECIES. As the only living organism living in the genus Homo, our one species is sapiens.

Organisms are called by their genus and species (species is always lower case), so we are Homo sapiens. 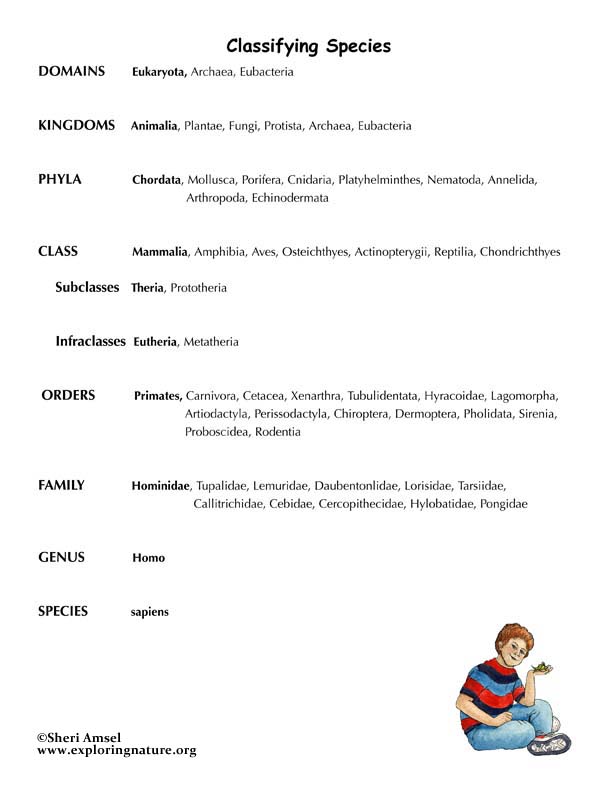 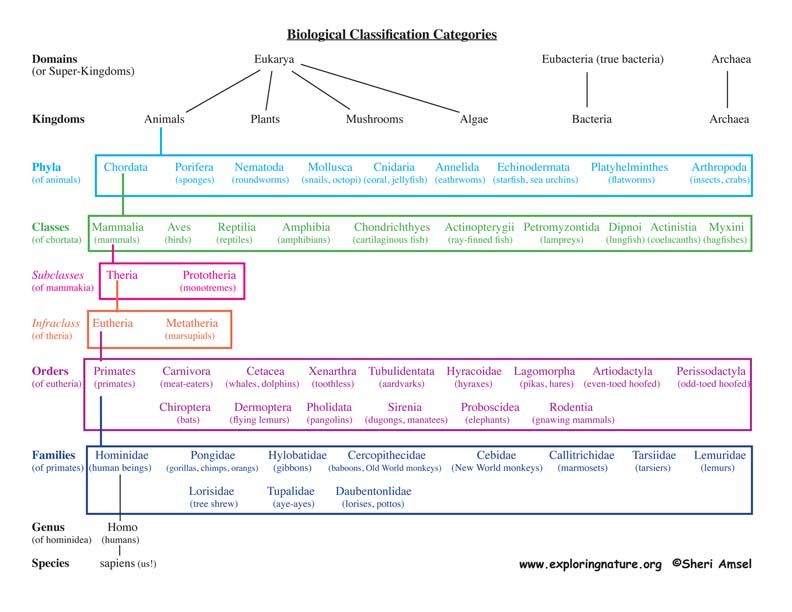 ©2005-2022 Sheri Amsel. All rights reserved.
The material on this site may not be reproduced, distributed, transmitted, cached or otherwise used for anything other than free educational use. It is not to be used for sale or profit of any kind. If you are unsure whether your use of site materials violates the exploringnature.org copyright, contact Sheri Amsel for prior written permission at sheri@exploringnature.org. Thank you for respecting copyright laws.
Site Developed by Eli Madden
Page ID: 617
IP: 35.172.224.102