The next layer outside the troposphere is the stratosphere. Here the air is much calmer. This is where the airlines fly their planes because the air is calmer and won’t make passengers sick. Ultraviolet radiation from the sun reacts with oxygen to form ozone gas in the stratosphere and helps filter out too much harmful radiation from the sun. This protective layer is called the “ozone layer.” 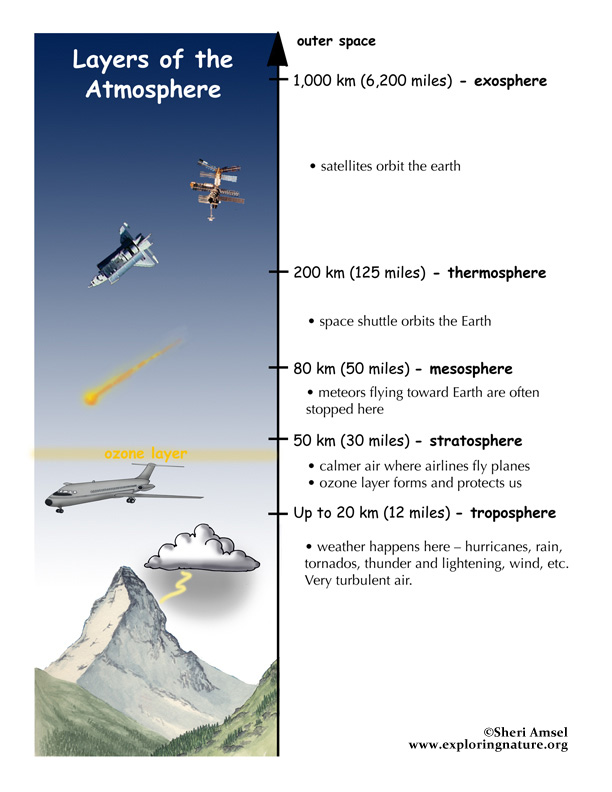 ©2005-2023 Sheri Amsel. All rights reserved.
The material on this site may not be reproduced, distributed, transmitted, cached or otherwise used for anything other than free educational use. It is not to be used for sale or profit of any kind. If you are unsure whether your use of site materials violates the exploringnature.org copyright, contact Sheri Amsel for prior written permission at sheri@exploringnature.org. Thank you for respecting copyright laws.
Site Developed by Eli Madden
Page ID: 2284
IP: 3.93.74.25