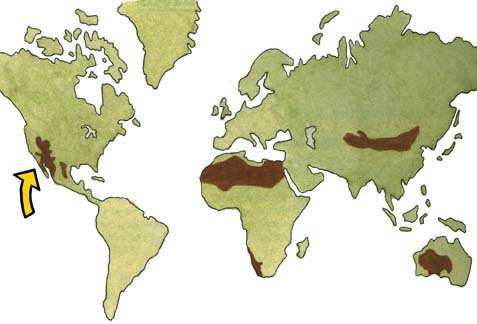 The Sonoran Desert is about 100,000 square miles (260,000 square km). It covers most of the southern half of Arizona. It also covers southeastern California, most of the Baja peninsula, the Gulf of California islands, and a good portion of the Sonora state of Mexico. It is not the driest of deserts and has some distinctive and interesting plant life including saguaro cactus, barrel cactus, mesquite, creosote bush, palo verde, flowering cacti, agave, claret cup cactus, sage brush, brittlebrush, and yucca.

The Sonoran Desert has large sandy plains and bleak mountains. Branches of the Colorado River run through it, so many trees, cacti and shrubs find enough water to grow there. In Arizona, the giant saguaro cactus and barrel cactus are quite plentiful. Mesquite and creosote bushes also do well there and after a rain, the hillsides can be ablaze with the yellow blossoms of palo verde. Beautiful flowering cacti and yucca make the desert seem more like a garden than the open sandy place one might imagine.

The Sonoran Desert is an extreme habitat and sometimes experiences dangerous dust storms called haboobs. Cities like Phoenix that are located in the Sonoran Desert region can experience haboobs after thunder storms create strong downburst winds. All a person can do if caught in a haboob is to quickly find shelter, cover their eyes, nose and mouth, and stay low under cover.

Perhaps the extreme that most surprises and endangers people is the extreme shift in temperatures in the desert. The Sonoran Desert can reach 110°F during the daylight hours then at night drop almost to freezing. These variations mean that animals survive by taking shelter underground or inside vegetation when the temperatures are extreme. 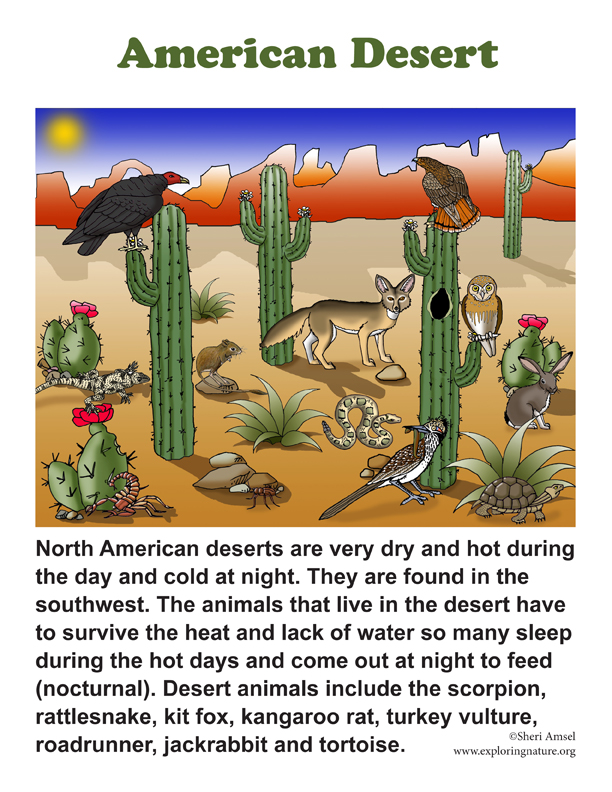 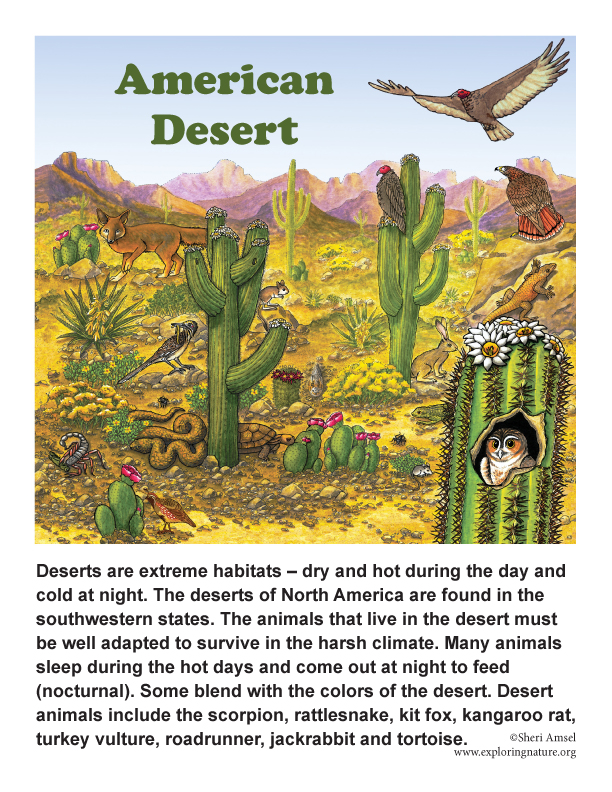 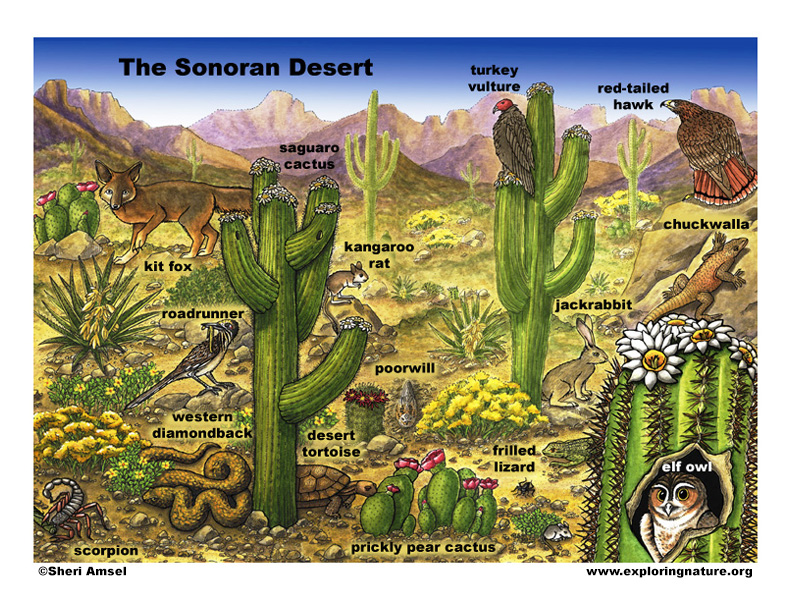 ©2005-2023 Sheri Amsel. All rights reserved.
The material on this site may not be reproduced, distributed, transmitted, cached or otherwise used for anything other than free educational use. It is not to be used for sale or profit of any kind. If you are unsure whether your use of site materials violates the exploringnature.org copyright, contact Sheri Amsel for prior written permission at sheri@exploringnature.org. Thank you for respecting copyright laws.
Site Developed by Eli Madden
Page ID: 1700
IP: 35.172.230.154