Adaptation in a population of organisms occurs as a result of something called an adaptive trait. This is any inheritable trait that increases an organism’s survival, so it can live longer and have more offspring (that may also have that trait). This is called differential reproduction. Adaptive traits can improve an animal’s ability to find food, make a safer home, escape predators, survive cold or heat or lack of water. Sometimes the trait is obvious, like a skunk’s toxic spray or a porcupine’s quills, but sometimes an adaptive trait can be more subtle like the silent feathers of a hunting owl.
There are three things that make natural selection work:
1) Genetic variability in a population, so that a trait appears that can give an advantage.
2) The trait must be inheritable so it can be passed on to the offspring.
3) The trait must lead to more offspring surviving. This is called differential reproduction.

In the 1800s through the early 1900s, burning coal for heat and power was common in England. In urban areas, this led to some pretty significant air pollution. Coal smoke blackened the trees until their bark was dark brown. This affected human health, but also had a profound affect on one local animal. The peppered moth, a light colored, speckled moth was nocturnal and spent the daylight hours resting, camouflaged on the bark of trees. Once the trees darkened with coal soot, the sleeping moths started to stand out against the darker bark and fell prey to hungry birds. Yet there was some genetic variability in the population of peppered moths resulting from a mutation that caused a darker moth phenotype.

In 1848, people noticed a dark version of the moth had emerged and was able to blend in better on soot-blackened trees, so escaped detection by birds. The darker version of the moth had a selective advantage. Their darker color was an inheritable trait and these camouflaged moths were able to survive and have more young. This is an example of differential reproduction. This darker phase that protected them from predation was an adaptive trait. Adaptation had occurred.

In 1956, England passed clean air legislation and the burning of coal was reduced  throughout the country. Smokestacks were made taller to get pollutants further out into the atmosphere. Within a few years the trees, once blackened from coal smoke, began to take on their natural, light-colored bark again. As the trees got lighter, the dark peppered moths stood out against the bark and were easy targets for hungry birds. Now the lighter moths had the selective advantage. Over many generations, the peppered moth population was once again a light colored, speckled moth. 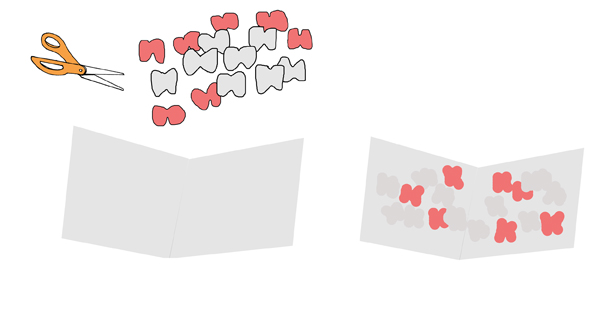 ©2005-2022 Sheri Amsel. All rights reserved.
The material on this site may not be reproduced, distributed, transmitted, cached or otherwise used for anything other than free educational use. It is not to be used for sale or profit of any kind. If you are unsure whether your use of site materials violates the exploringnature.org copyright, contact Sheri Amsel for prior written permission at sheri@exploringnature.org. Thank you for respecting copyright laws.
Site Developed by Eli Madden
Page ID: 1280
IP: 18.232.56.9